Yes, it is a bird, but when discussing the economy, a black swan is an unpredictable or unforeseen event that has extreme, usually negative, consequences.

“This was a concept that was created by an economist about 25 years ago to explain why we were wrong,” says Chris Kuehl, Ph.D., managing partner and co-founder of Armada Corporate Intelligence, which provides services in corporate intelligence gathering, economic forecasting and strategy development.

The past two-and-a-half years have been littered with black swan events, such as the Ukraine invasion. Before that was everything that took place because of the pandemic.

So, what can laundry owners and operators expect from the economy in the coming year? Kuehl examined several factors to cautiously look ahead during the general session, “Now What? Expectations for 2022 and Beyond,” at the recent Clean Show in Atlanta.

The week Kuehl spoke to a standing-room-only house at Clean, major economic news came out: the decline of gross domestic product (GDP) and the federal government raising interest rates.

And the question of whether or not the economy is heading into a recession.

“One of the things I try to caution people is to not pay a whole lot of attention to the media because frequently the information is somewhat incomplete,” Kuehl shares.

“For example, the whole conversation about two consecutive quarters of negative growth equals a recession, it doesn’t—it is one of the things that the National Bureau of Economic Research (NBER) looks at when they’re trying to decide if there is a recession.

“First off, they can’t do it until after you’ve been in it for half a year, so they are looking backward. So, they won’t tell us if there’s been a recession until sometime toward the end of this year.

Kuehl says there are current factors that contradict the assessment that the economy is in a recession, such as employment.

“Generally, when you’re heading into a recession, people start laying people off,” he points out. “The unemployment rate is still historically low. It’s around 3.2% nationally, and that’s not consistent with an imminent recession.”

“Interest rates have gone up, and they’ve gone up twice in a row at the rate of three-quarters of a point, but they are still 2.25, which is certainly a lot higher, but the last 10 years has been the anomaly,” he says.

When it comes to the drop in GDP, Kuehl says much of that has to do with exports. Exports fell dramatically, and they make up about 15-20% of the national GDP.

“The dollar is very strong, on the other hand, if you’re importing. Everything coming from the rest of the world is now suddenly cheaper. So, yes, exports are down. Is it because the demand is necessarily down? No, it’s just that it became more expensive.”

He points out that little things, including the day of the week, can influence consumer confidence.

Kuehl looks at what is called the purchasing managers’ index (PMI), which is based on what those managers are buying.

“The very latest PMI is 52.3. It’s down from what it was, it was 53.6, but it’s still positive. So, you’re looking at numbers that are still suggesting that there’s growth capacity.”

Kuehl also says that utilization and industrial production numbers are up.

“Not that they’re up to the point of people partying in the street,” he says, “and they’re down from what they may have been last year, but 2021 was an anomaly. That was a year in which we grew at 6%. And that goes back to the mistakes made in 2020.”

He points out that reactions to the pandemic were, for the most part, made as if it would be short-term, but it wasn’t. The money placed into the economy ended up being saved because consumers had nowhere to spend it because of shutdowns.

“The beginning of ’21, we thought we had a vaccine,” says Kuehl. “Then came Delta and then came Omicron, and we slow down again. But we ended up blowing through $5 trillion in excess savings in the first six months of 2021. So that goosed the economy.

“And so, as we went into this year, we almost naturally have to come down from that excess activity last year. So, black swans in abundance.” 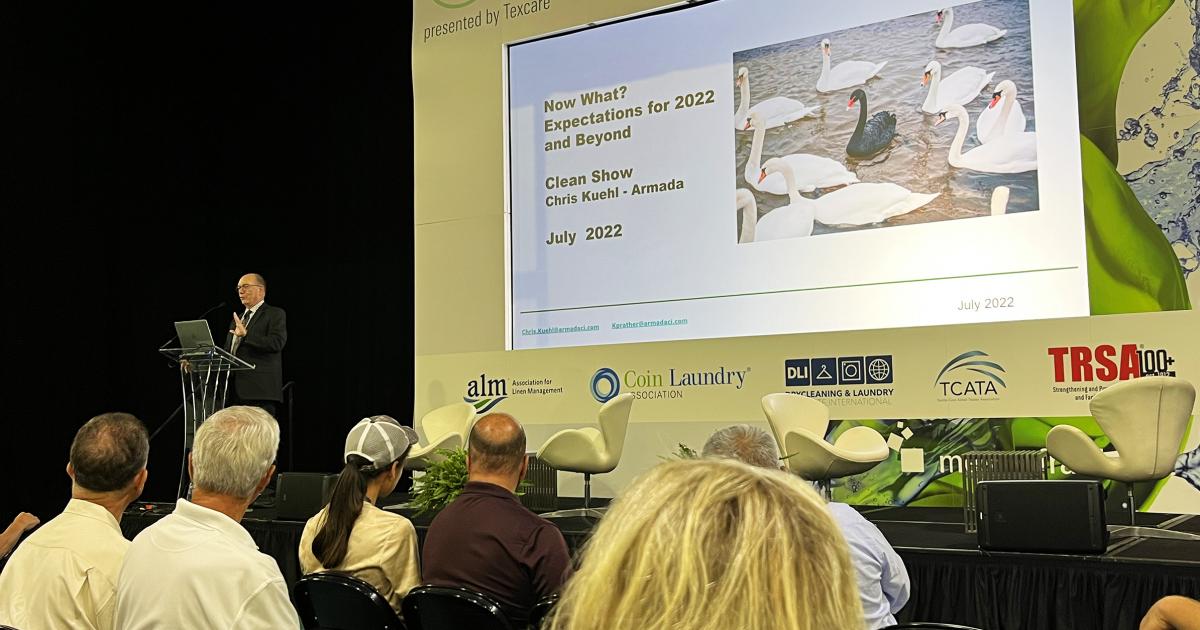