In “Wash/Dry/Fold Operations: From A to Z,” California’s Ross Dodds, who owns several Luxe Laundries in the Los Angeles area, and Washington state’s Colleen Unema, who owns Brio Laundry near the Canada border, described their strategies for finding customers, staffing, tracking, and other criteria that goes into offering WDF.

WHAT’S NEEDED TO GET STARTED?

Besides the obvious WDF service needs of fully operational equipment and adequate staff, both business owners stressed the importance of having enough storage space.

When Dodds’ first store was destroyed by fire, it took over a small space next door during the rebuild, and that became a designated fluff-and-fold area. His other fluff-and-fold store has a dedicated area that’s smaller than an office.

“You do have to get creative sometimes when you’re in a smaller store that you’re adding fluff and fold into,” Dodds says. “It may be different in other markets but keeping it out of hand’s reach from customers is important. You don’t think anybody’s going to steal and then they do.”

“We vastly underestimated how much WDF space would take, and how secure it needed to be,” Unema says. “Especially if you’re going to do [both] at the same time.”

Brio uses Uline rolling metal racks with zippered canvas covers that can be locked to keep delivery orders separate from walk-ins. They’re easy to maneuver back and forth but customers can’t see or reach what’s inside, she adds.

Both say to be sure to research and try out point-of-sale systems.

“There are a lot of options,” Dodds says. “Definitely look at what’s available and talk to people … to kind of get some suggestions. Do multiple meetings to get how the software works.”

“Use what works for you and what you find easy to train your attendants to use,” Unema adds.

Another area of importance is facility cleanliness, she says. Brio has separate processing areas: no clean goods in the soiled area, no dirty laundry on the clean side. But not every operation has that separation ability, which makes cleaning all that more important.

“If you’re using the same space, you’ve got to build into your protocols how to disinfect and clean,” she advises. “I think some of our customers have become very aware of that. They want to know what we do to protect their laundry.”

Scales that are compliant with weights and measures are a must. Get a scale with USB connectivity so that it can connect directly with your point of sale system.

“We use a scale that has to be inspected annually,” Unema says. “It displays toward the customer and the attendant. The attendant is trained to state the next whole number when the order is weighed.”

“We round up also,” Dodds says. “We have to be weights and measure-compliant. Amazon or Uline is probably your best bet for sourcing. Prices start at $200-250, and if you find one for $50, “it’s probably not approved.”

He calls staffing the “largest challenge.”

“We try to build a team, not just employees,” Dodds says. “We want them to stay, and to have advancement opportunities for them. Spend time determining that they’re a good fit for your culture and that they want to grow with you.”

Unema says a fellow laundromat owner urged her to look for people who have been working in the hotel or hospitality industry because “they know how to move through systems quickly, follow protocols, and keep moving from one thing to the next.” And odd as it may sound, people who played team sports at any point in their lives make better teammates.

“It’s all about the group endeavor. We’re all in it together,” she says. “Even though they work alone and … work the store meeting customers and doing laundry, they still are part of a team.”

But despite having what was described as successful WDF operations, both Dodds and Unema say they move cautiously where that service is concerned and advise others to do the same.

“I actually don’t suggest most people do WDF … especially if you’re not already a fully attended laundry,” he says. “You think you’re going to add WDF and make money. You’re actually probably going to lose money, because even in our busy stores … we’re barely breaking even with payroll.”

When Brio’s WDF business gets to be too much, Unema raises prices to “squelch” it. She wants her business focus to be on its self-service customers.

“We have benchmarks of what we’re looking for per day for WDF,” she says. “That’s a happy number, about 120 pounds a day, 200 pounds max per day, is what we’re after so that my attendants can actually take care of all the customers in the store.” 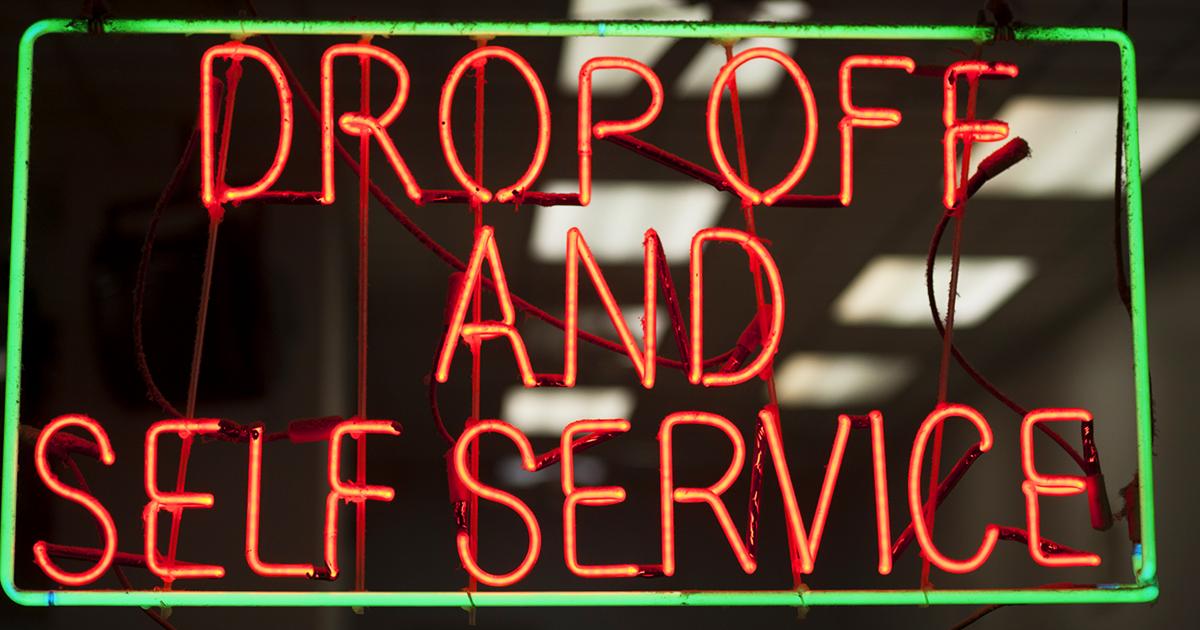