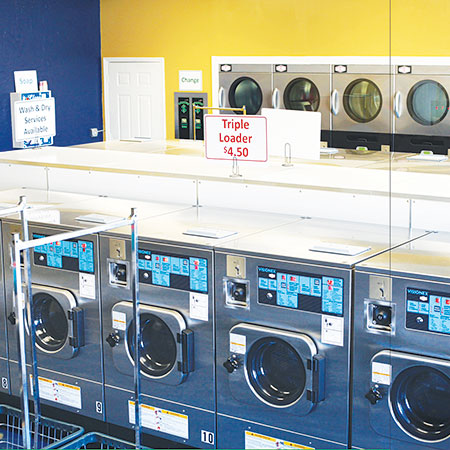 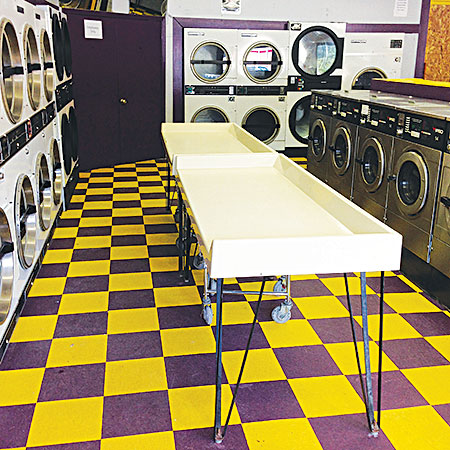 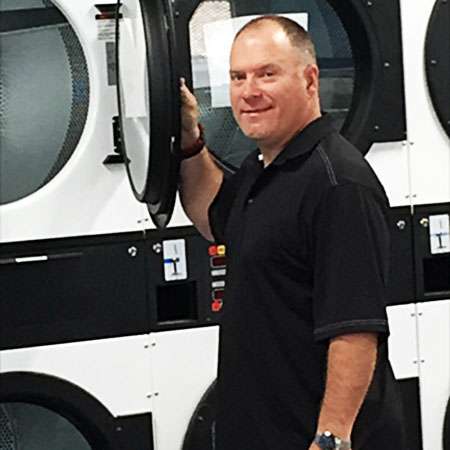 TUSCALOOSA, Ala. — Is your laundry business ready to open its next location? And if you’re already a multi-store owner, would opening another location be a viable business strategy?

American Coin-Op interviewed five multi-store owners from around the country to learn about their operations and seek their advice about branching out. Featured here in our conclusion is Kent Walters, owner of three coin-operated laundries in Alabama.

Walters got his start in the laundry industry on the manufacturing side and only recently became a store owner. Walters worked 21 years for Whirlpool, including the last several as sales manager for its commercial laundry business. Today, he works for distributor LaundryRx on a contract basis besides owning his three stores in Alabama.

He built and finished his first store, West End Laundry in Tuscaloosa in October 2013. The 1,400-square-foot store sits at the end of a shopping center and is themed blue and gold after nearby Stillman College. It offers 17 washers and 18 dryers.

“It was going so well and not requiring a lot of my time,” he says of West End and the decision to add another. “I had some money to invest. I did not want to finance it, so I found a rehab and got the building for a good deal. I spent most of my money on new equipment.”

Equipment across his three stores includes Milnor, ADC, IPSO and Whirlpool brands. He markets the three stores individually within their communities.

None of his stores are traditionally attended. At his Tuscaloosa and Birmingham stores, he pays adjoining shopkeepers monthly as 1099 contractors to clean and watch over his stores when he’s not around.

“I don’t ask them to do a whole lot other than clean, but I do ask them to let me know when something happens, so I can address it,” Walters says.

He strives to find good communicators for these positions, and admits a few assistants came and went before he found the folks that fit his business needs.

“I have surveillance there, but I don’t want to sit and look at my cameras all day. If something happens, I want them to tell me.”

The distance between his two most distant stores, Birmingham to Tuscaloosa, is 65 miles. He estimates that he spends between 15 and 20 hours a week in his stores, including drive time.

“Broaden your mind on where you want to be,” Walters says. “A lot of people say they want to be 20 minutes away from my house or 20 minutes from my first store. Well, there may be great opportunities 45 minutes away.”

And don’t be fearful of building another laundry close to your others if the circumstances are right.

“I’m fixin’ to pull the trigger on (store No. 4) and it’s 5-6 miles away,” Walters says. “It’s another market that got hit by the tornado in 2011. The city hasn’t done a whole lot as far as putting businesses back in there, so they’re offering grants and things like that. There’s a big need for a laundry.”

If you missed any of the earlier parts of this story, you can read them via these links: