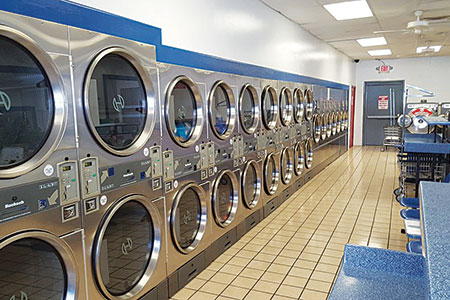 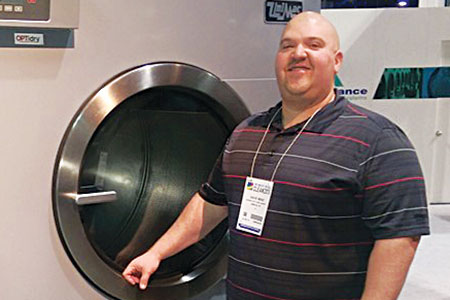 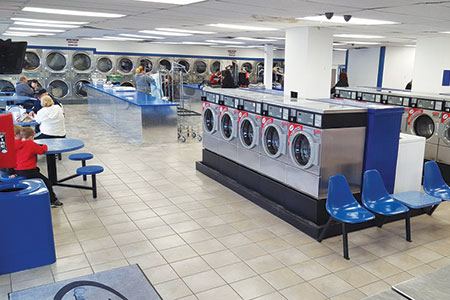 CINCINNATI — Is your laundry business ready to open its next location? And if you’re already a multi-store owner, would opening another location be a viable business strategy?

American Coin-Op interviewed five multi-store owners from around the country to learn about their operations and seek their advice about branching out. Featured here in Part 1 is Dave Menz, owner of four Queen City Coin Laundry stores in the Cincinnati area.

Menz has been in the laundry business in Cincinnati about seven years. He was working as a telephone lineman but had always wanted to own his own business. He stumbled upon a Laundromat for sale on Craigslist and, after doing several months of due diligence, decided to take the leap in 2009. He continued working full-time for three more years before devoting himself entirely to his laundries.

All four of Menz’s Queen City Coin Laundry stores were born from “terrible states of disrepair,” he says. Before he took ownership, all four were in bad shape, and one had closed. “Kind of, our business model is we do a ‘gut job’ from top to bottom.”

His first store, in the suburb of Amelia, Ohio, was renovated in phases because he didn’t have the resources to do it more quickly. “We acquired our first location approximately six years ago. We acquired our second location (in Milford, Ohio) about six months later. That seems crazy to say now, and I wouldn’t recommend that strategy to newbies, but, hey, it worked out wonderfully for us. Our team is certainly not afraid of hard work!”

His remaining stores are located in Cincinnati and are known as Anderson and Mt. Washington, based on their neighborhoods. He just added the Mt. Washington store last October.

The Mt. Washington store operates on dollar coins, and it’s Menz’s plan to convert the other three stores to dollar coins within the next 24 months. “Once that is completed, we plan to install debit/credit card readers on all machines and operate our stores as hybrid stores. We believe this is the future and the best of both worlds.”

The most distance between any two of Menz’s four stores is 13 miles. He estimates he spends a total of 15-20 hours a week in the stores. His wife, who has a full-time job and career of her own, acts as bookkeeper and assists in other ways when needed. Together, they employ as many as 20 people.

“To be honest, our employees are everything to us. We are blessed with great employees and are always looking for exceptional people to join our team. We believe that anyone can build a nice Laundromat, but having friendly, well-trained employees separates us from the rest of the pack.”

He also credits his relationship with local distributor H-M Co. for helping him grow his business.

When asking about branching out, his response focused on the need for passion.

“Is this what you are doing, or want to do, full-time? … If you are passionate about growing and wanting to do this full-time, be picky about the locations you acquire. … when you find a community that has a need, find the best location in that community.”

Check back Thursday for Part 2, featuring Dan Marrazzo and his Laundry Depots