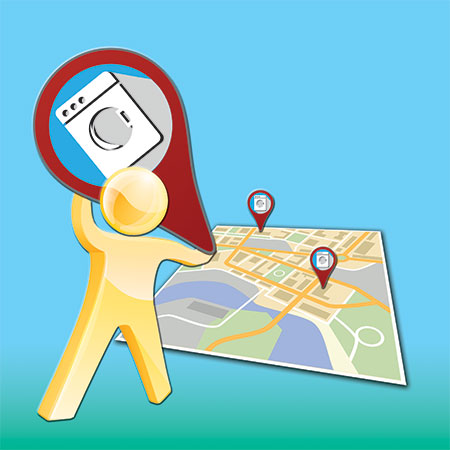 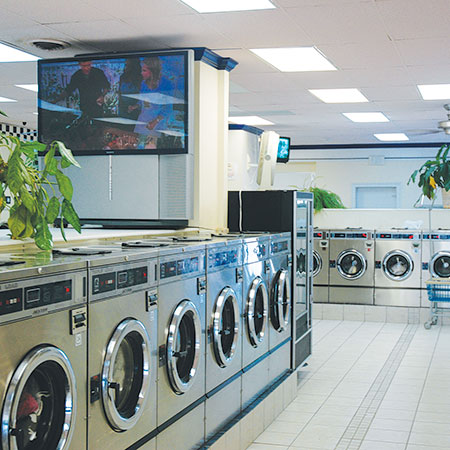 CHICAGO — Is your laundry business ready to open its next location? And if you’re already a multi-store owner, would opening another location be a viable business strategy?

American Coin-Op interviewed five multi-store owners from around the country to learn about their operations and seek their advice about branching out. Featured here in Part 2 are Dan Marrazzo, owner of four Laundry Depots in suburban Philadelphia, and Brian Brunckhorst, owner of five Advantage Laundry stores in California.

Marrazzo once operated as many as seven vended laundries, but now he’s down to four in the suburban Philadelphia area. “I’ve sold all the stores I’ve had landlords with, so now I’m the only landlord.”

His Laundry Depots in Newtown, Penndel and Morrisville, Pa., and Ewing, N.J., range in square footage from 1,400 to approximately 6,000. The smallest, Newtown, has 25 washers and 20 dryers. The largest, Morrisville, has nearly 100 laundry machines, Marrazzo says.

All of his stores were previously occupied by other businesses, such as a shoe store or an indoor golf arena, and were fully renovated. About two weeks before our interview, Marrazzo changed out all of the equipment in the Ewing store. He’s loyal to the Dexter brand, he says, and relies on the expertise and assistance of distributor Professional Laundry Systems in running his business.

Marrazzo, who has worked in the construction industry for about 35 years, got into the laundry business in 1989 as a matter of economics: “After having a horrible building season, I wanted something a little bit more predictable.” He opened his second store roughly three years after his first.

“There are a lot of similarities (among my stores),” he says. “The machinery types are pretty much the same. We have a little more latitude and variety with larger stores, but typically we run the same manufacturer and the same types of equipment.”

Standardization is at the heart of the Laundry Depots; Marrazzo buys the same supplies for all of his stores. But while he mass-markets the stores collectively under one brand, each is separate as far as revenue is concerned.

The farthest distance between any two of Marrazzo’s four stores is 20-25 miles. The Morrisville and Ewing stores are attended 24/7. The rural Newtown store is open around the clock but only attended one shift, he says. The Penndel store is attended until 11 nightly.

It’s not unusual for Marrazzo to work seven days a week, but that’s by choice, he says. Either he or his operations manager visit the stores virtually every day. Between full-time and part-time workers, Marrazzo employs around 25 people.

The company maintains a separate office warehouse facility that houses some surplus laundry and construction equipment plus has several offices and a conference room, he says.

Marrazzo says he learned some important lessons immediately upon opening his second store.

“The master of the obvious is you can only be in one place at one time,” he says. “One, you need someone else, or a series of people, to actually help you with the stores. The other thing is, you really need the first store, or all the stores that you presently have, to be organized and running properly before you decide to take on another.”

He continues: “You have an expectation, some sort of model to run with. My first store was really totally flying blind. … You get a comfort level for what you’re doing because you’re already doing it.”

TO THE BEST ADVANTAGE

His stores range in size from 1,300 to 3,800 square feet. The smallest, Livermore, has 20 washers and 22 dryers, while the largest, Vallejo, offers 48 washers and 57 dryers. Not all of his stores have the same equipment mix, but he says he has been moving toward a single manufacturer, Speed Queen, due to its advanced machine controls.

Every store is branded similarly, featuring the same name and color scheme.

“Even though the stores are branded the same, each store operates as its own unit. From a customer point of view, each of our locations looks and feels the same, because we train staff and run the stores similarly.”

His two most distant stores are separated by 40 miles. All but the Livermore store are fully attended. He estimates he spends 15-20 hours a week working in the stores.

“I employ 25-30 people across all of my stores, and the attendants in our Laundromats are extremely important,” Brunckhorst says. “They interact with our customers daily, and the image they portray and support they provide is important for the success of our business.”

As he opened new stores after his first, Brunckhorst soon learned that each is different and provides its own unique challenges.

“Every time you build or buy a store, it will be different. After opening multiple stores, I know it’s important to have a good system in place to be able to manage the different environments and challenges at each location.”

If you’re thinking about taking the leap and adding another, make the decision and go for it, Brunckhorst advises.

Check back Tuesday for Part 3, featuring Art Jaeger and his card-only stores in California.