CHICAGO — After owning and operating a self-service laundry for a bit, thinking about adding another store might come pretty naturally. Acquiring Store No. 2 and beyond would offer greater money-making opportunity but also require more work and resources for each to provide the level of service that generates profits.

If thinking about pursuing multi-store ownership, it makes a lot of sense to do so armed with the knowledge of any successes or failures from the first go-around. In that light, American Coin-Op interviewed some laundromat owners about their multi-store experiences and what they’ve learned through the journey.

Part 1 introduced the owners and briefly described why they chose to pursue multi-store operations. Part 2 examined logistical demands and the added weight placed on certain aspects of multi-store ownership. Let’s continue with Part 3:

While each store added is its own animal, so to speak, creating a unified style or system can make operating and managing the group as a whole easier.

“We have modeled our second store just like our first store, down to the color choices, equipment and pricing,” says Erich Wagner, who, with wife Lori, owns and operates a pair of unattended Hilltop Laundromats in Southgate and Newport, Kentucky, just across the Ohio River from Cincinnati. “We see this second store as an extension of our first store. … it offers our customers an alternative. If they drive by one store and see that it’s busy, they can go to our second store.”

“It was very critical that each store run like the rest,” says Joe Dan Reed of the eight Splash Em Out stores he and wife Kelli own in the Kentucky communities of Lexington, Richmond and Nicholasville. “This way, you can cross-train all employees. If they work in one store, they are able to work in any store we have, because they are all the same.”

“If you want to become a multiple-store owner, you really can’t work on all the stores, so you have dial up such a system and you have to train your employees through that system,” says Sunitkumar Vashi, who has an ownership stake in four attended stores in the Greenville, South Carolina, area, with another under construction in nearby North Carolina. He calls a unified system “a must.”

But there are times that some individualization is preferred and possibly even necessary.

“We attempted to do this with our third location using the attendants manual we developed for our second location but found allowing individualization to work better,” says Edgar Vasquez, who owns two North Carolina stores: Mountain Wash Laundry in Shelby and High Spin Laundry in Charlotte. “We use the attendants manuals to guide new employees for the other locations as basis for (the) minimal requirement we as owners expect from our employees.”

As the multi-store owners looked back at their experiences to date, we asked them to tell us the one thing they would have done differently.

“Understand the demographics of each store,” Reed says. “Don’t get a store just because it closed down. Not every opportunity is a good opportunity. I do wish I (had done) some extensive research on a few stores.”

“I really can’t think of anything,” Lori Wagner says. “Our stores are within two miles of our home, so making quick visits to address issues isn’t a problem.”

Vasquez says he would refit an existing store in a good location, because “building from scratch is just too expensive.”

“However, if you have the capital, build from scratch to your heart’s content, but on a property you own,” he suggests.

Coming in Thursday's conclusion: Some pieces of advice

You can read earlier parts of this article here: Part 1 — Part 2 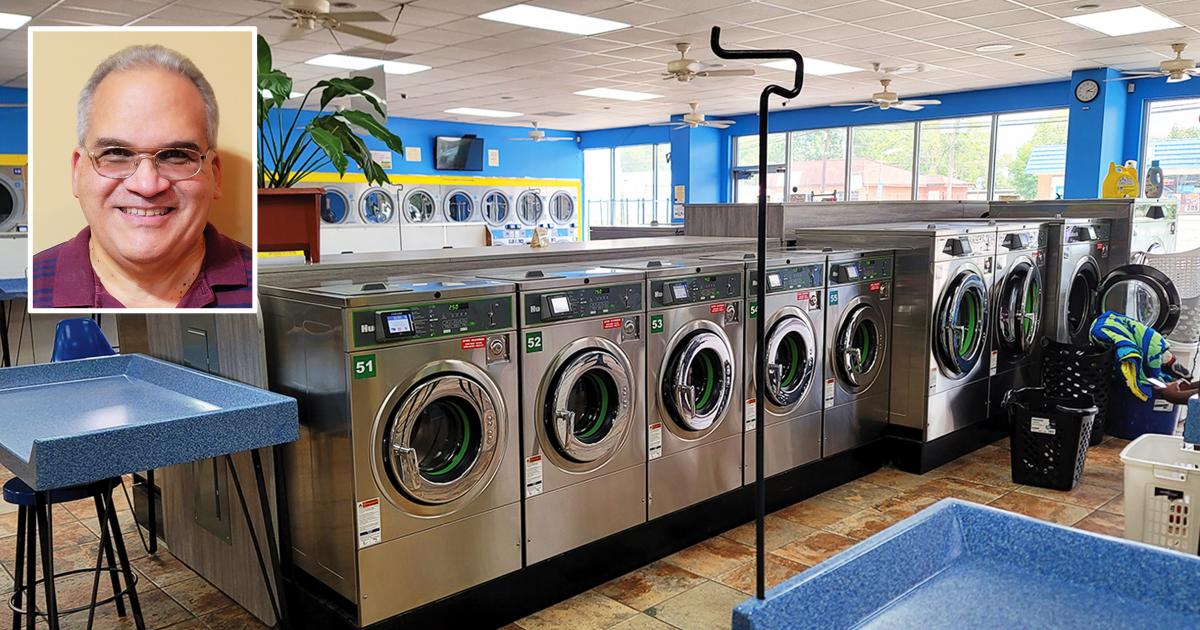 Edgar Vasquez (inset) owns two attended stores in North Carolina that range in size from 2,000 to 6,000 square feet. They offer self-service and wash-dry-fold while employing an average of two people per store. (Photos: Edgar Vasquez)