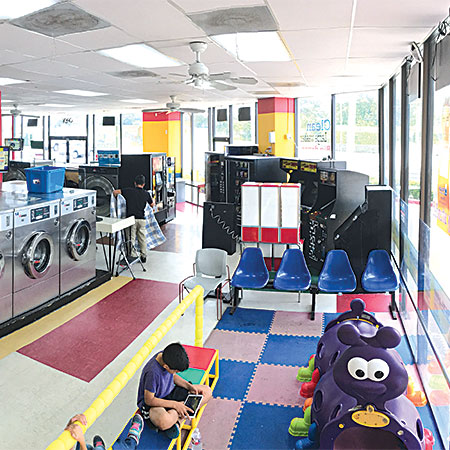 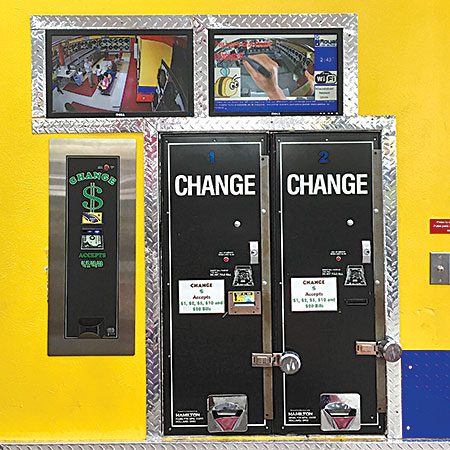 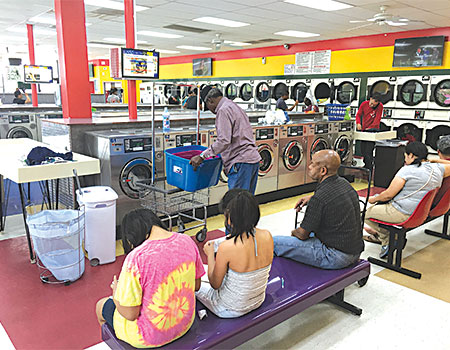 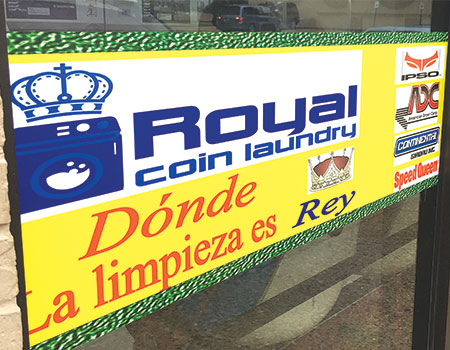 GARLAND, Texas — You’re more likely to catch Phu Tran pulling an all-nighter at his laundry than working there during the day. That’s when he and his brother Tom conduct stealth operations in a never-ending campaign to stay one step ahead of lint buildup and sluggish drains.

Just two years in, Tran has the energy of an industry novice yet the discipline of a veteran. He realized from day one that his Royal Coin Laundry here in this northern Dallas suburb had a lot of moving parts and the best way to keep things humming was to standardize processes for each and every task — no matter how mundane.

While Tran fully embraces the do-it-yourself laundry model, he tweaks it to optimize the efficiency of both self-service equipment and full-service attendants.

Having built a computer repair business from the ground up to capture more than $1 million in annual sales, It wasn’t until 2015 that Tran turned his eye toward coin laundries. He says he yearned for “something new and different” and saw opportunity in local coin-ops that “didn’t reach the next level and don’t try to get new customers.” Operators oftentimes laid out a floor full of equipment and adopted an “if you build it, they will come” attitude, he says, resulting in stagnant sales and the store eventually being put on the market.

When the first-time owner took the keys to Royal Coin Laundry, the venue was in a state of disrepair with “everything dirty and very, very bad.” He and his family rolled up their sleeves to clean things up, make it more inviting and, most importantly, place machinery in good working order.

Although he invested $80,000 in equipment upgrades, the lion’s share of the washers and dryers date back to the store’s debut.

Royal Coin Laundry is now fit for a king. With an end cap position and prominent 100 linear feet of glass storefront, the shopping center site enjoys impressive curb appeal and ample parking. Customers can select from an array of 58 washers in six capacities, topping off at 75 pounds, and backed by 56 multi-load tumbler pockets. Creature comforts include strategically placed TVs, free coffee and a well-appointed kids play area.

Staffers in two shifts cover the coin-op’s 16 daily operating hours. Attendants are trained to prioritize their activity on the floor by focusing first on customer service and store upkeep, and then on wash-dry-fold processing.

In addition to general cleaning, crew members are assigned groups of washers and dryers so that the store’s full complement of machinery is detailed top to bottom over the course of a day. The children’s play area also receives careful attention with wipe downs, nightly disinfectant sprays, and once-a-week treatments with a portable ozone air cleaner.

Tran, having walked in his employees’ shoes, says staff is motivated by wages: “If somebody pays me well, I will do a better job.”

He builds loyalty and enhances productivity by starting hourly pay at $2 above the minimum wage, along with incremental increases, paid vacation time and holidays.

To reinforce what is expected to be completed during a shift, Tran employs a video monitor inside the compact staff station to run a series of instructional presentations. Attendants can sit back and view or scroll back through the loop, which was produced by the owner, for a refresher on proper procedures.

In addition to a daily duty summary, the bilingual English/Spanish slides cover a five-step dryer lint vacuuming guide and the seven steps to restroom cleaning — complete with accompanying photos. Action plans to handle life and safety issues, including medical, fire and robbery as well as gas- and water-leak incidents, are also detailed in the series.

The operator also utilizes monitors above bulkheads and in high-traffic locations throughout the store to deliver self-produced, looped bilingual content designed to entertain and offer laundering tips to a captive audience. The monitors — combined with an elaborate CCTV system — help him maintain a visual presence in the store even while he’s concentrating on his computer business.

Automation is even carried to the washroom door and bill changer wall where call buttons are strategically placed to summon laundry staff via an overhead announcement.

At 4,200 square feet, Royal Coin Laundry is the smallest of four stores within a half-mile radius. The three competitors boasting larger floor areas between 4,500 and 6,000 square feet promote free drying, but being the little guy on the block with paid drying doesn’t concern Tran.

“I’m not worried,” he says, adding that retaining customers and attracting new ones is his focus.

Patrons coming through the door from a free-dry competitor who raise issue with the pricing format differential are surprised that Royal’s combined paid wash-and-dry rate actually comes in lower, he says.

“Use my service. If it costs more, I’ll pay you back,” he recalls of a recent conversation with a first-timer. “After finishing up, she said mine was cheaper.”

“We take complaints seriously,” he says, noting that calls are handled immediately and corrective action taken. “A lot of owners may skip these, but we take them seriously. If you don’t take care of a small problem, it becomes a bigger one.”

Attendants are trained to handle any equipment-related complaint by requesting a customer relocate the load followed by a cycle restart with “no questions asked.” Even when his machines function properly — as was the case when a patron claimed being shorted $19 on a $20 changer payout — Tran settles rather than becoming embroiled in a confrontation.

In this instance, he kept the video evidence of the $1 bill insertion to himself, and retained, rather than alienated, a weekly regular. “We don’t have a lot of refund issues, so why treat good people badly?” he explains.

When we walk the aisles, Tran is all smiles, greeting customers, sharing a laugh with staff, and handing out lollipops to youngsters congregating in the play area.

He grins when talk turns to competing for trade in the Dallas market. To this savvy businessman, moving forward and reaching the next level requires planning and execution more than deep pockets.

“A lot of people rely on the money they have,” Tran says. “I rely on new technology to enhance the customer experience.”