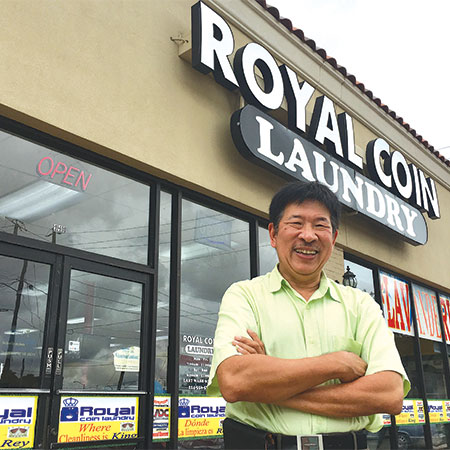 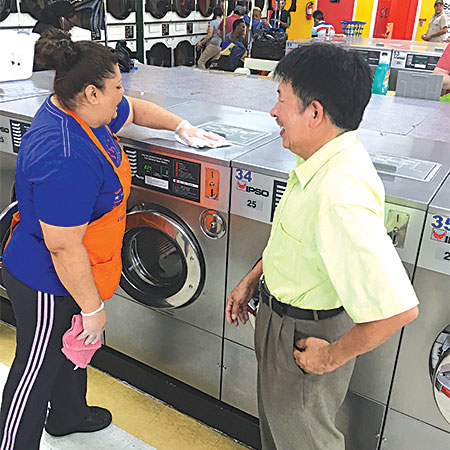 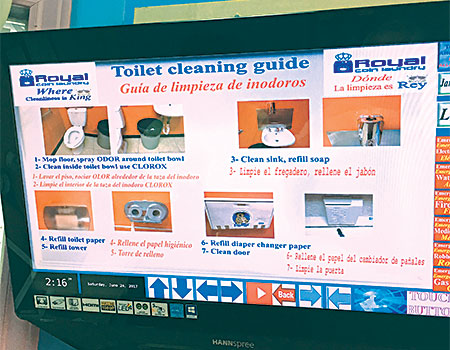 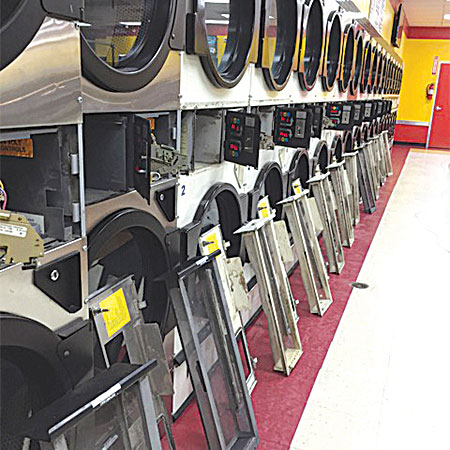 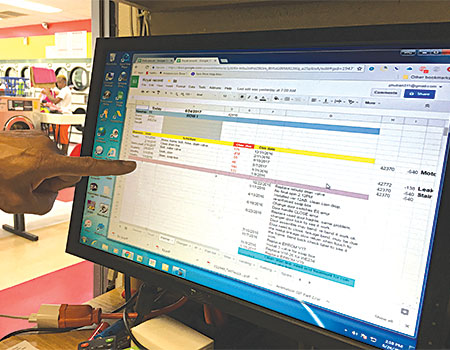 GARLAND, Texas — You’re more likely to catch Phu Tran pulling an all-nighter at his laundry than working there during the day. That’s when he and his brother Tom conduct stealth operations in a never-ending campaign to stay one step ahead of lint buildup and sluggish drains.

Just two years in, Tran has the energy of an industry novice yet the discipline of a veteran. He realized from day one that his Royal Coin Laundry here in this northern Dallas suburb had a lot of moving parts and the best way to keep things humming was to standardize processes for each and every task — no matter how mundane.

While Tran fully embraces the do-it-yourself laundry model, he tweaks it to optimize the efficiency of both self-service equipment and full-service attendants. Systemizing his business has yielded some impressive results, the owner says. This once derelict location is now a well-oiled machine where volume, Tran reports, increased 50% during the first 24 months.

Royal Coin Laundry is not a new kid on the block, nor is Tran. Much of the iron on the floor may be dated, but it’s kept showroom-new. And for the 60-year-old tech-minded owner, who rose from electrical apprentice to build a six-figure wholesale business, the Texas coin-op is his proving ground for the next level of laundry management.

To Tran, the soft-spoken man behind the motto “Where Cleanliness is King,” proper upkeep is measured by what’s seen and what’s not. He doesn’t sit on a throne; duties not delegated to his conscientious staff are handled personally, with him getting down and dirty when the store is closed. The result: Customers enjoy a spotless environment where you’d be hard-pressed to find a discarded dryer sheet on the floor or a soap spill atop a washer even on a busy weekend. And inside the web of ductwork and pipes is every owner’s dream — the constant free flow of air, lint, water and discharge.

Behind the gleaming stainless steel is where this operator really shines. When he took over the operation, Tran rodded sewers, replaced all the water valves, and rebuilt or replaced each drain valve. He and his brother go back in every six months to snake lines, and inspect those key components.

Over at the dryer bank, the panels come off twice a year to vacuum lint, while belts, motors and other parts are inspected and attended to. Vents at the back of the tumblers are disassembled annually and cleared of lint accumulation. The work is typically conducted overnight after the last patron leaves at 11 p.m., wrapping up before the first 6 a.m. wash.

His four rooftop HVAC units, all of which he and his brother replaced since taking over, receive coil cleanings every two months, as well as weekly filter changes.

And while most owners would be hard-pressed to tell you what they spent in repairs on Washer #15, Tran can. For him, the job’s not done until it’s recorded. He doesn’t scribble notes in a repair logbook or mark a decal at the back panel, but rather maintains digital spreadsheets detailing the attention given to all equipment, extending from the customer area up to the rooftop. Routine inspections, malfunctions, overhauls, and parts installations are recorded by date and accompanied by costs incurred.

From a small laptop in the laundry’s back room, and with a couple of keystrokes, he can scroll through a complete history of the store’s preventative maintenance and repairs. The routine of logging entries every time a panel is pulled or service door opened helps pinpoint recurring issues and budget parts purchases, the owner says.

Resolving the underlying cause of a machine malfunction on the first go-around is a top priority.

“I never like to swap parts. It can take triple the time going back and forth,” he says. Troubleshooting errors in the coin laundry environment are “not challenging” to Tran, who sums up routine equipment repairs as “very simple.”

It’s no surprise fixing the mechanisms that drive coin-ops is an easy hurdle. At age 12, a young Tran split his time between attending school and getting acquainted with electrical repair services in his native Vietnam. Within two years, he was the youngest student in his electrical training class and developed a passion for science and technology.

“I’m good at electronics, math and chemicals,” he smiles.

Emigrating to the States with his brother in 1985, he settled in Dallas and took a minimum wage assembly job at an electronics factory. He stayed grounded in his studies while working, obtaining a journeyman electrician license and later enrolling in computer training classes.

In 1990, Tran rented a warehouse and opened the doors to his own sales and repair facility, 311 Computer. Five years later, he purchased the facility housing the business, which had passed the $1 million mark in annual sales.

It wasn’t until 2015 that he turned his eye toward coin laundries after hearing of an acquaintance with one on the market. When that deal fell through, he purchased an existing store on Royal Lane just south of the I-635 perimeter expressway.