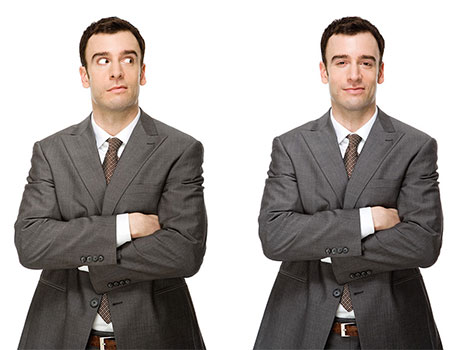 Operators are sensitive to possibly infringing on self-service customers

CHICAGO — The concept of adding commercial account work after opening your self-service laundry is well established in our industry, and many owners maintain such multi-faceted operations that boost their collective bottom lines.

But it’s important to understand how these two similar operations differ and how to best coordinate them when offering both so that one doesn’t impede the other. Whether it’s the walk-in customers standing in the next aisle over, or the commercial accounts whose representatives you may rarely see face to face, whichever side of the line you’re on, your goal should be to best serve your customers—all of them.

In a way, it’s about creating and maintaining a dual identity.

Michael “Stucky” Szczotka, who co-owns New Wave Laundromat in Sterling Heights, Mich., just north of Detroit, says he made the decision to brand New Wave’s commercial laundry portion separately from the Laundromat “right out of the box.”

“We actually created a different logo (for New Wave Laundry Services). We also wrapped our van with that logo, and we made up business cards that were completely different from our Laundromat, that made it look more sterile and professional. … That’s how we were able to brand it. Even though it was still ‘New Wave,’ it actually had the appearance of being more of an industrial-type laundry rather than us actually taking it to a Laundromat.”

The physical separation between the two is less distinct.

“The flatwork ironer, as well as one of the 30-pound washers, are in an area where (Laundromat) customers do not have access,” Szczotka says. “The washer is for anything that comes in that has body fluids on it. We actually increase the water temperature—I run my Laundromat at 128 degrees but going into that machine, I can go up to 165 degrees. With temperature as well as chemistry, I can satisfy anything that I need to as far as the body fluids go.”

The flatwork ironer is used primarily for party rental (tablecloths and chair covers), including wholesale work for several dry cleaners.

“I believe I was one of the first, if not the first, to put a flatwork ironer in my Laundromat,” he says. “I thought it could stimulate some extra opportunities, and it turned out to be correct. I could never get party rental (work), never cash in, especially around Thanksgiving and Christmas with all of the fancy tablecloths and that.”

The commercial laundry operates during regular business hours, 8 a.m. to 4 p.m., while the store remains open until 9:30 each night.

“My accounts are done toward the back of the store, where I have an aisle that has five 50-pounders and four 20s, then six stack dryers. It’s very easy for us to block off that portion of the store [using retractable rails]. During the day, I don’t have as much activity as I do late afternoon, evening and weekend hours. It’s never created a conflict with any of my walk-in business, customers not having access to empty machines during normal working hours Monday through Friday.”

In the case of Bjorn Wisecup, co-owner of The Laundry Basket (self-service Laundromat) and LBN Linens (commercial laundry) in Norwalk, Conn., walk-in customers may not even be wise to the commercial side.

“If you would look at it (from the outside), you would not see any signage for the commercial. There is a garage door. If the garage door is all the way up, you would see the OPL (on-premise laundry) operation. If the door is down, you could easily not even know it exists back there.”

While there is a clear physical plant separation, light commercial goods received are treated like wash-dry-fold and attendants process them in the coin-op equipment. But the staff is careful to not cause problems for its walk-in clientele.

“I work it into the operation as I need to. I’m infringing on the rights of my self-service customers, so they have the right to use those machines before we do,” Wisecup says. “If we get a lull, we’ll run them right through. … I don’t want somebody to come to me and say, ‘There are no dryers,’ but I’ve got six (commercial account) tickets sitting in dryers.”

He says The Laundry Basket never sections off or ropes off machines from walk-in use.

At Get Fresh Laundry in Vancouver, B.C., commercial laundry work is handled in the back area of the store separated by a wall.

“The equipment in the back set up for commercial work, i.e. 75-pound (washer-)extractor and the 55-pound dryer are strictly for commercial account work and not for (walk-in) customer use,” says Liz Snowdon, Get Fresh’s director of operations. “We are in the process of upgrading and restructuring our older machines with high-efficiency equipment, which will help our bottom line.”

The Get Fresh staff will use the coin-op equipment should commercial volume and deadlines warrant it, she says, working in between the customers’ rush time and slow times. “Otherwise, we use the equipment set up in the back area or stay open after the store is closed or come in earlier.”

As for marketing the self-service and commercial operations, Szczotka, Wisecup and Snowdon each say they do so separately.

“You wouldn’t be targeting the same people,” Wisecup adds.

The three also say that taking on commercial accounts has been beneficial to their businesses in a variety of ways.

“I really believe that operators who own Laundromats and go into the commercial business, the utilization of the capital investment for the equipment, being able to turn those wheels more frequently because of commercial (work) will dramatically increase not only the profitability but the price if they ever want to sell that business,” Szczotka says.

“Embrace the small commercial accounts like you would a wash-dry-fold customer, but you’re giving them door-to-door service, so you charge a premium for that,” Wisecup says. “They can be very beneficial.”

Miss Part 1? You can read it HERE!