CHICAGO — The creation and development of a “great” self-service laundry can be attributed to many factors. For many store owners responding to this quarter’s American Coin-Op Your Views survey, cleanliness is top of mind for them when someone mentions a “great” laundry.

Roughly 45% of store owners polled think first about cleanliness. Equipment mix or numbers is next, at 21.2%, followed by having a friendly owner/employee(s), 15.2%.

Customer comfort, aesthetics/décor and “other” each garnered 6.1% of the vote. Within the “other” responses, staffing, and service and experience were cited.

Aesthetics/décor is the factor that’s most overrated when judging the “greatness” of a store, according to 42.4% of respondents. Equipment mix/number is next at 15.2%, followed by customer comfort, friendly owner/employee(s) and “other,” each at 12.1%. As you might expect, cleanliness is seen as the least overrated factor; only 6.1% called it overrated.

Respondents were asked to identify their store’s best feature. Here are some of their answers:

What about the industry’s overall image? Store owners taking the poll were asked to describe it since they opened their first laundromat. The majority, 45.5%, say it’s “more or less the same.” Slightly more than 30% believe it’s “somewhat better,” and 24.2% say our industry image is “far better.” No one taking the poll described today’s industry image as “somewhat worse” or “much worse.” 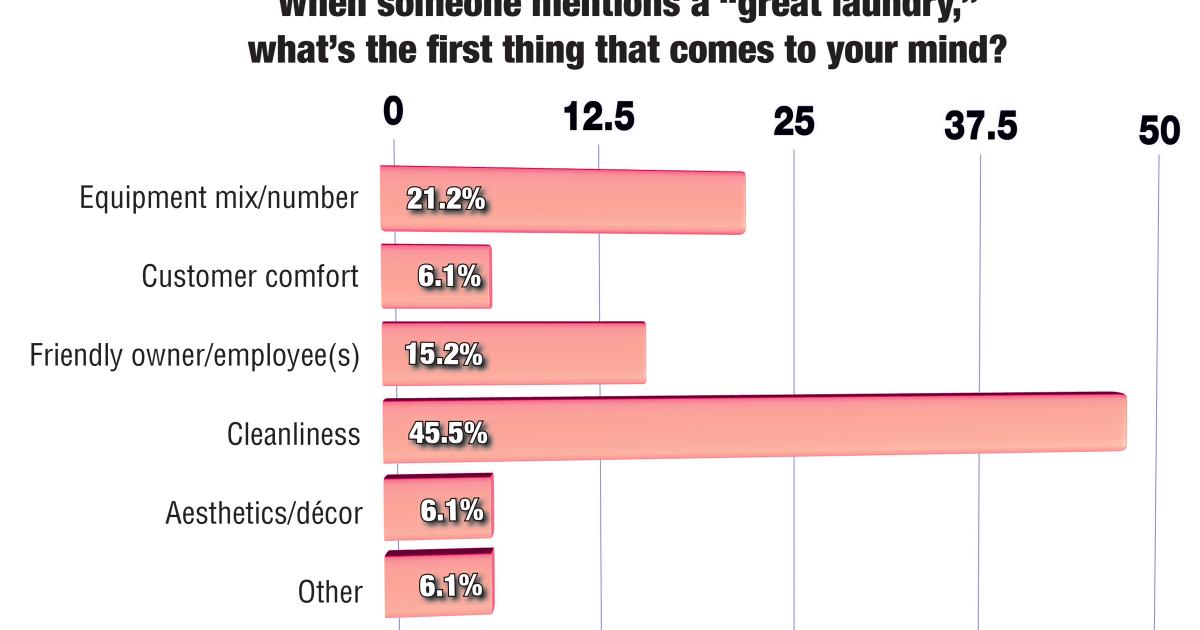 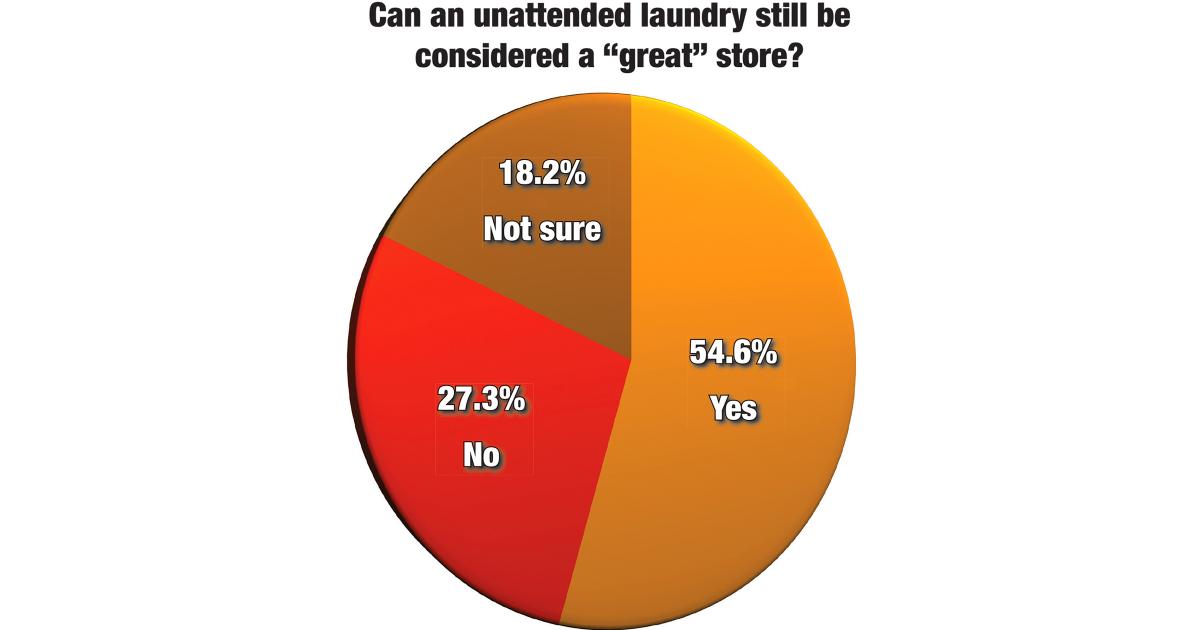