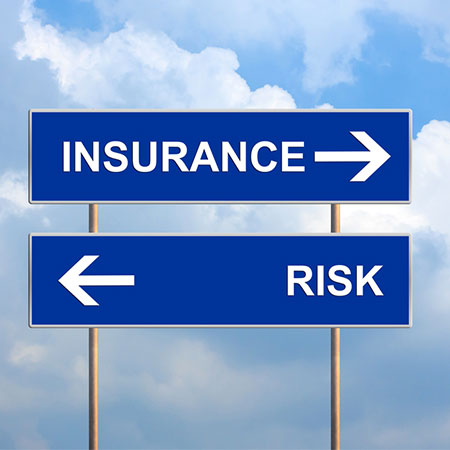 Balance your tolerance with reaching breaking point of existence

PEMBROKE, Mass. — Typically, insurance is a given. You get an annual bill and you write a check. After all, insurance is a necessary component of doing business, just like rent. After you pay the bill, you might not think about it for a year. I am talking about both liability and property damage insurance and sometimes loss-of-income insurance.

It is what it is, right? Well, maybe not.

I’d like to talk about me and my personal medical insurance. I and my family obtained “poor man’s” (my term) health insurance for 30 years. We averaged paying about $220 a month for family health coverage, with a $10,000 annual deduction. That is, we paid the first $10,000 of medical bills before insurance kicked in, so that our maximum outlay in a calendar year was contained at $10,000.

Most of our friends had full coverage, with zero or minimal deductibles, or $10 co-pay at worst. Either their premiums were paid for by their company or they personally paid anywhere from $600 to $1,000 a month. One good friend claimed that we cheated on insurance because we didn’t fully insure. In fact, what we did was live with a higher risk.

What happened over those 30 years is that we never got sick. We ate well, exercised regularly, maintained moderate habits, and stayed healthy. Not that we couldn’t have gotten cancer or had a heart attack and spent a lot in one year. We could have. But in fact we were healthy, and hardly ever went to the doctor.

The upshot is we spent no more than $4,000 for health expenses annually over a 30-year span. Some might say we were lucky. But the bottom line is we spent less than any of our peers. Now that my wife and I have arrived at the ripe old age of Medicare coverage and are well-insured at low sums ($109 a month for Medicare A and B), we believe that our strategy was a good one.

Let me give you another example. We winter in a condo complex in the Bahamas. There are 270 units (mostly studio apartments) and 80% of owners are Canadian. Our complex has a massive insurance policy that costs $62,000 a month, or $740,000 a year. Of course, we are right on the ocean and risk suffering extensive hurricane damage. Indeed, Hurricane Matthew, which hit the Bahamas hard in October, resulted in a few million dollars of damage. So we need to spend this money, right? Maybe not.

Down the way, there is another condo complex that self-insures. It pays no insurance. Now, it is a much smaller place—only 18 units—but that fact only increases the per-family rate risk. In the last 20 years, it has built up several million dollars to pay for damages. With Matthew, it suffered about $300,000 damage and the repairs were soon completed. The condo simply wrote a check out of its fund. In contrast, we are still dickering with the insurance company, and no repairs have been made.

I am not saying you should not have any insurance, but the insurance deductible is your best friend. I believe you should never insure for full value, using the deductible to lower your premiums. Insurance should be to protect against disaster, to eliminate the chance of you ceasing operations. Prevent that from happening, be prepared to take a hit when something bad does occur, and work hard to see that that something doesn’t reoccur.

Truth be told, bad things do happen, but not that often. The chance of your store having a fire and being destroyed is extremely rare. The possibility of your company being sued because a customer slipped and fell on your premises and broke her arm is extremely unusual. The chance of you needing to use loss-of-income insurance is miniscule.

In my condo in the Bahamas, we incurred heavy damage from the two 2004 hurricanes—Jean and Frances—and again in 2016 from Hurricane Matthew. That’s two hits in the last 12 years. But for the decade before 2004, there weren’t any claims. So in the last 22 years, our condo has had three insurance claims.

If we had self-insured (and didn’t pay out premiums), we would have built up a fund of approximately $13 million ($600,000 average annual insurance premium multiplied by 22). We would have been able to fix up the facility after each of the three hurricanes, and have $7 million in the till. Now, the past doesn’t necessarily repeat itself, but it is a guide to what will happen in the future.

Our condo association has a $250,000 deductible. If I were head of the board of directors, I would change it to $1 million, and reduce insurance premiums by perhaps $200,000 a year. Why a million-dollar deductible? If we had another hurricane that does significant damage, we could easily come up with the million dollars by assessing each owner $3,700. Even better, if we had lowered the deductible five years before the hurricane, we would have had an extra $1 million in the till, and have no assessment. The point of insurance is to protect against catastrophe, but not to assess against every catastrophe so that we will never be out of pocket.

It’s a matter of balancing your tolerance for risk with reaching the breaking point of existence. If we doubled it to a $2 million deductible, it could be that a $7,500 assessment would push many condo owners over the edge, and feel the need to sell. Then, there could be a major run on condo values. On the other hand, if most condo owners were well-heeled, then that means they would have deep pockets to pay for catastrophes, and that would further the argument for increasing the deductible.

As for your business, weigh risk against coverage. See how much increasing the deductible lowers your premium. Go with a deductible level that saves you premium expenses but will not destroy your business if disaster strikes.

Insure your future, but take care not to over-insure.

This column is not intended to provide specific advice or individual recommendations. Consult your insurance agent for advice regarding your particular situation.