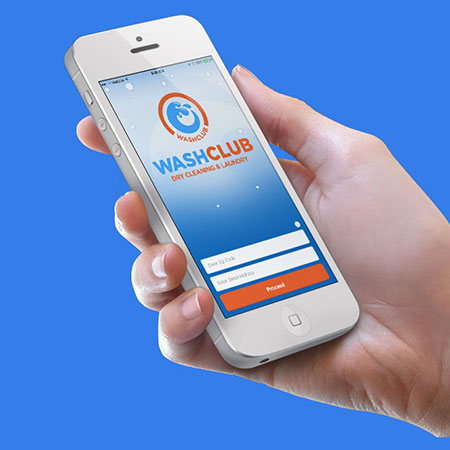 PEMBROKE, Mass. — The industry model is that you set up a Laundromat and wait for people to come. Rick Rome might be redefining the model. His notion is to create a back-end component. That is, he believes in getting additional business through pick-up and delivery service.

To this end, he has created an app, called WashClub. The customer puts the app in his/her smartphone, requisitions clothes to be picked up for laundering and/or dry cleaning, specifies any special treatment, and dictates the terms of delivery.

If a Laundromat operator wants to become a WashClub member and use all of WashClub’s programs, the operator pays an up-front fee of $15,000. If an operator wants to do it himself, and just use Rome’s technology, the up-front fee is $7,500. In addition, both groups pay 5% of all volume generated from the app or website.

Rome is willing to gamble that his program is successful. “If the operator doesn’t do any business, I don’t make a cent,” he says. “So I am very fussy who I encourage to be partners.”

One key to this is cooperation. The organization has periodic round-table meetings, Rome says. During the last one, one operator shared his success of going to a college and winning uniform business. But at the same time, he picked up student volume. So it has become a twofer. Many operators have followed his lead.

“It is a matter of conveying the added value for customers,” he says. “It’s time-saving. It’s a release from worry. It is reduced effort.”

For property managers, Rome suggests this approach. One goes in and suggests that offering this service adds value to the property manager’s offering. Yes, he has on-site washer/dryers, but they aren’t enough to service the population. It might be easier to use a pick-up and delivery service, if the service provides quality work in a problem-free environment.

Rome points out that every sales call is not a victory. “Sales is a numbers game,” he says. “You approach 10 prospects, and maybe you win one or two.”

Another thing the licensees receive is conversations about reimbursing route people. Rome says, “All my people receive commissions every week. They receive points for showing up for work. They receive points for making sure orders get in the system. They get points for delivering on time. We can’t dictate anything because minimum wage is different in every state, but we emphasize commissions as part of the pay package.”

Collection is a simple merging of a swiping system with Braintree processing, a subsidiary of PayPal. Because WashClub is a large user, it can bargain down cost. Rather than being charged 4% on transactions, the operators pay 3% or 3.5 %, depending on area. This is how WashClub helps its members achieve cost savings.

Rome charts licensee progress. “Of my licensees, July-August revenue is up 17%. August-September volume is up 25%. Traditionally, these are slow months, and still, volume is up considerably.”

Rome claims his approach works in suburban as well as urban locales. He has one licensee in Long Island, and Rome says his business is booming.

Recently, Rome hired a general manager to run his Brooklyn business and has taken on a partner. This frees up his time to focus on licensing and to expand commercial volume.

“Building up a back-door business gets you out in the market,” Rome says. “You see things. It’s so much better than just standing around, waiting.”