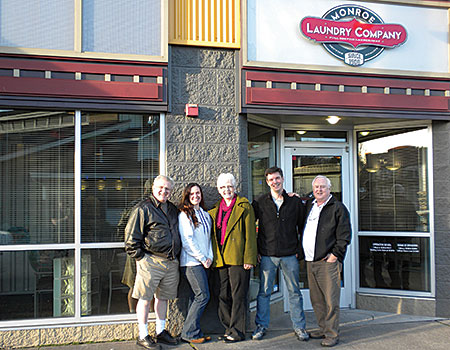 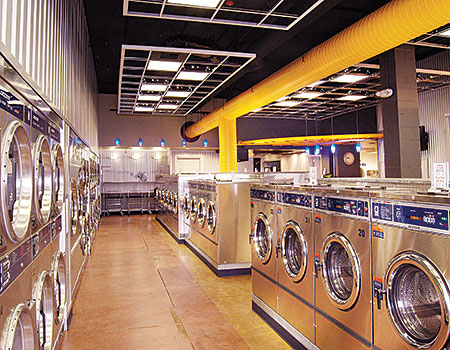 MONROE, Wash. — Jay Johnson and his brother, Tod, have had a rich history in commercial real estate in the town of Carnation, Wash.—a city roughly 25 miles northeast of Seattle—since moving to the area from Alaska in the late 1960s.

“My brother and I have been involved in a number of real estate ventures over the years. We built the only shopping center that the city of Carnation had ... [and] we built a number of apartment buildings in the city,” Jay explains.

The brothers then directed their commercial real estate experience toward the self-service laundry industry, building Tolt Laundry in Carnation, and Snohomish Laundry Company and Monroe Laundry Company in the Washington towns of the same names.

Little did the brothers know that their business savvy and entrepreneurial spirit would eventually catch the attention of locals, who voted their laundry businesses into the top spots of King 5/Evening Magazine’s 22nd Annual “Best of Western Washington” awards in 2014, with Monroe Laundry Company earning the No. 1 spot.

A NEED FOR LAUNDRY

The brothers’ venture into the self-service laundry industry began in 2007, when Tod had made plans for adding a laundry to the mini storage facility he had built in Carnation.

“He anticipated putting in a Laundromat with his storage unit, but they couldn’t do it right away,” says Jay, who explains that the town lacked the proper sewer system for one.

The small community, comprised of about 1,500 to 2,000 people, once had a Laundromat but it was closed more than 10 years ago, according to Jay.

Once the town updated its sewer system, Tod capitalized on the community’s need for a local Laundromat and added Tolt Laundry to his mini storage facility, equipping the store with Dexter equipment.

Tod would repeat this same process two years later in 2009, after a real estate agent approached him about a possible store site 18 miles north in the city of Monroe.

“The city, which has a population of maybe 30,000, didn’t have a Laundromat, so it looked like a ripe opportunity,” says Jay. “The real estate agent called him and let him know of this old building in the historic downtown district of Monroe that was built in 1908, a brick masonry building that was for sale.”

A dentist’s office occupied the second floor, while the main-level unit, which was about 3,000 square feet, had been vacant for some time, according to Jay.

Tod and his son, Scott, would survey the building, eventually buying the property from the real estate agent.

“The building was real old and would require a lot of work, but the acquisition cost was very low compared to what other buildings would have cost if you tried to start from scratch or take over another building,” says Jay.

Despite the amount of impending work that needed to be done, one other factor drew the family to acquire the location— a common-area parking lot consisting of about 100 spaces.

“Also, the city of Monroe was very supportive in trying to get that building rehabilitated,” Jay adds.

Bringing new life into the century-old building was not easy, according to Jay.

The Johnsons had to earthquake-proof the facility, bring it up to code, and even lay down new concrete that could withstand the pressures of new laundry equipment.

The Johnson family was able to overcome these challenges by utilizing Tod’s expertise with real estate and construction.

“Tod was actually part of a commercial remodeling construction company that existed in Seattle since about 1973 ... and this is the kind of work that they did,” says Jay.

The construction experience was two-fold with the addition of Scott, who worked for Tod as a project foreman, adds Jay.

In equipping the store with Dexter equipment, the Johnsons turned to Rick Magnuson and Rick Hall from Western State Design.

After six months of construction, and a $1.3 million investment, Monroe Laundry Company opened its doors in March 2009.