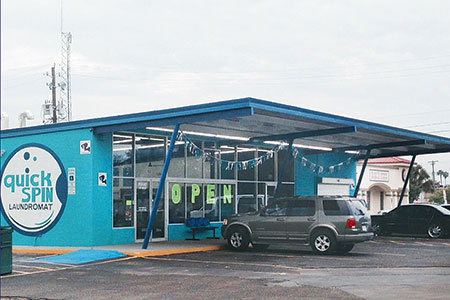 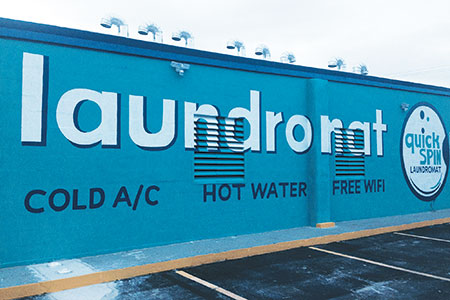 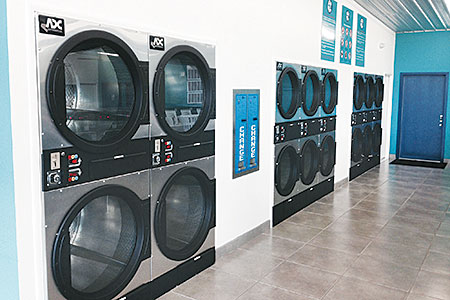 MCALLEN, Texas — Every year, across many neighborhoods in the country, a new Laundromat opens its doors, ready to answer the laundry needs of those in the community.

The couple bought a used equipment package into leased space in a strip mall to learn the industry, according to Pellerin Milnor Corp., which eventually prepared them for their second venture into the market—the new Quick Spin Laundromat in McAllen, which officially opened in September.

“The building we found was an old convenience store that had been closed for years,” Ana says in describing the Cortezes’ second store. “We liked the location and stayed after the owner to purchase the real estate from him.”

The building features covered parking across the front of the store, which Milnor explains is a detail found in many mid-20th century retail/commercial buildings across the state.

However, much work had to be done to the 2,500-square-foot structure, the company adds.

“The building had been neglected for a long time,” says Ana. “Storefront windows had been covered with iron bars, which had plywood beneath that, and the glass had been painted, also. We removed all of that.”

In a matter of 14 weeks, the couple had new electrical, HVAC and plumbing systems installed, along with new floors and ceiling treatments, according to Milnor. An unsightly, spray foam-insulated ceiling was covered up using bright, corrugated tin sheets, the company adds.

“We’re already at two-thirds of our monthly revenue goal in just the first month,” Rick says. “We haven’t even done any advertising or marketing because our focus was on getting the store open and ready for customers.”

Participating dealer Derek Ward of Pellerin Laundry Machinery Sales Co. was involved with the project. The couple did not disclose the project’s overall cost.

Milnor says simplicity is the theme of the new store, which lives in its motto of “Cold A/C — Hot Water — Free WiFi.”

The unattended store’s lighting projects well into the neighborhood, Milnor adds, and is on a timer-lock, opening from 7 a.m. to midnight, daily.

“We had a lot of great support getting started,” says Ana. “Leroy Trevigne from Milnor and Corey Simonson from ADC were both very knowledgeable and taught us a lot about the equipment. We met them at Clean 2013, and both were in the store as we were starting up.”

“We’re off to a good start,” she adds. “I like being busy—I don’t like sitting around at home. This is an opportunity for me to open the store and work with customers, but I can also leave during the day to do what I want to do. We’re looking forward to the next one!”