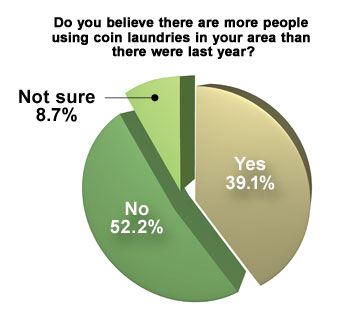 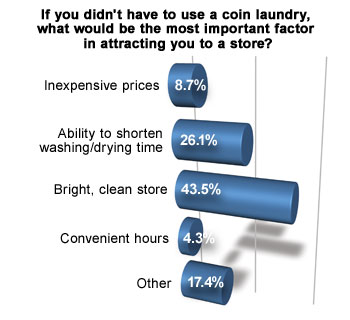 If you didn’t have to use a coin laundry, what would be the most important factor in attracting you to a store? Among Wire survey respondents, it would be a bright, clean store (43.5%). Gaining the ability to shorten wash/dry time would be key for 26.1%, while having the opportunity to use unique equipment to handle a variety of needs would draw 17.4% of respondents. Smaller shares would be attracted by inexpensive prices (8.7%) or convenient hours (4.3%).

Subscribers to Wire e-mails are invited to take the industry survey anonymously online each month. All self-service laundry owners and operators are encouraged to participate, as a greater number of responses will help to better define operator opinions and industry trends.