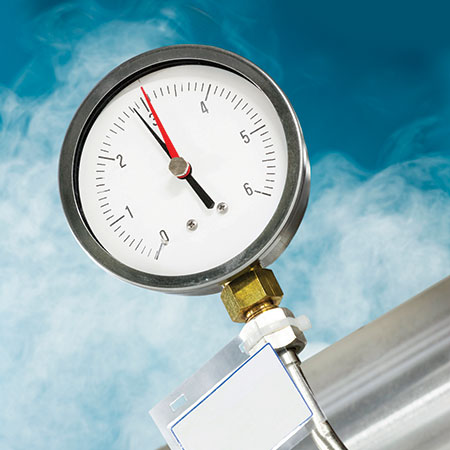 CHICAGO — There are many components to running a self-service laundry business. While washers and dryers make up a significant piece of this operation, another integral part of the equation is one that laundry customers rarely get to see, but come to rely on each time they come in to wash their clothes—a boiler/water heater system.

Ensuring that this component is well maintained and is running efficiently is vital to not only the laundry end-user, but also for the life of the laundry business itself.

American Coin-Op reached out to experts from the boiler/water heater industry to find out.

While there are inspections that laundry operators can perform on a daily basis, the experts contacted outlined several components of a boiler/water heater that deserve specific attention, some with the help of a service professional.

Such components include a boiler/water heater’s heat exchanger, which Doug Ritchie, president of Danville, Ky.-based Sellers Manufacturing Co., advises operators to check at least once a year.

The burner and pilot flame, according to Ritchie, should be checked frequently, but should also be inspected by a professional service technician once a year. A yellow flame, he says, is a “telltale sign” of poor combustion conditions.

“Gas manifold pressure must be checked at least once per year to be sure it matches the value shown on the nameplate,” adds Ritchie, explaining that this inspection requires the use of a manometer.

The venting system should also be checked for any changes from the original installation size and horizontal pitch, while ensuring there is no “internal blockage, restriction, leakage, corrosion or other deficiencies,” he explains.

“Soot in the venting indicates trouble, and you will want to call a professional technician for resolution,” says Ritchie, adding that a draft test is conducted with this inspection.

The water heater should also be checked for scale buildup caused by hard water, according to Thorn. This should be done semi-annually and in accordance with the manufacturer’s recommendation.

Mike McLean, who is sales manager for Pulaski, N.Y.-based Fulton Companies, also stressed the importance of checking for scale buildup.

“Inspect the water side of the boiler, check for scale buildup on the walls and bottom of the boiler. Remove as much scale as possible if there is any present,” he says.

McLean also advised operators to inspect the surface of the vessel at the water line.

“[Place] your hand in the upper handhole and [feel] the inside surface of the water chamber; this should be nice and smooth. If not, and there are small pits in the steel, this is an indication there is still oxygen present in the water and your water chemistry is not under control.”

Another area to inspect is the water heater’s safeties, according to Thorn, who says they should also be tested annually by a professional service company.

Despite regular upkeep and self-maintenance, problems with a boiler/water heater system can arise, eventually leading to needed repair or, possibly, replacement.

What signs and symptoms account for a faulty boiler/water heater system?

The unit’s flames rolling out on light off, and soot that is present on the outside of the heat exchanger or tubes, are some warning signs, according to Michael Leeming, national sales manager for Los Angeles-based Parker Boiler Co.

“Poor combustion, sooting, steam leaks, condensate tank is too hot … are all pretty good indicators that [the equipment] should be serviced as soon as possible,” adds McLean.

“Signs that a direct contact water heater is in need of repair or replacement are lack of hot water, either in volume or temperature,” says Thorn.

Thorn advises operators to look to the water heater’s safeties, which provide “both audible and visual alarms to assist in troubleshooting.”

“These safeties must be satisfied before the burner will run,” he says. “In addition, the burner manufacturer provides a flame safeguard that provides insight into any burner faults encountered, such as loss of flame.”

When a boiler/water heater system becomes problematic, Ritchie advises operators to consult with the troubleshooting guide supplied by the manufacturer to help them diagnose the problem, as well as for possible repair recommendations.

Among other signs of a repair being needed, according to Ritchie, include:

Check back Tuesday for our conclusion, covering equipment parts to stock, expected lifespan of the equipment, and making the decision to repair or replace.