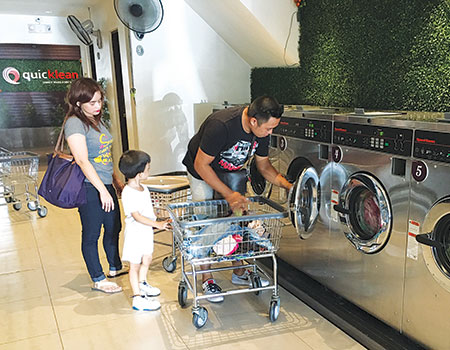 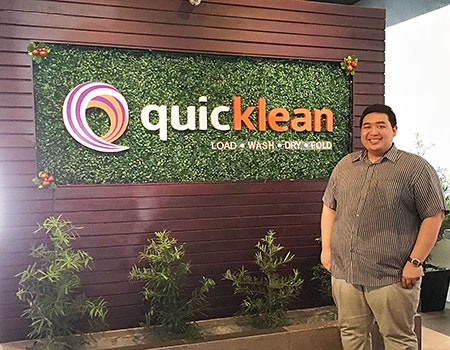 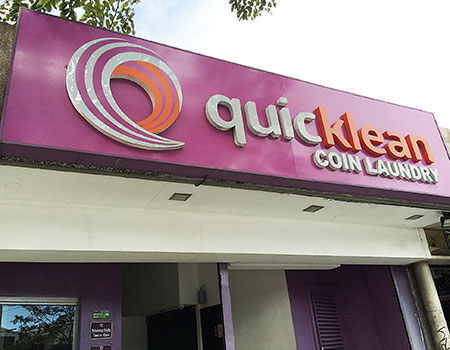 MANILA, Philippines — When American Coin-Op first crossed the Pacific back in 1995 to profile the Southeast Asian self-service laundry industry, the scene was almost non-existent. Fast forward two decades: The do-it-yourself concept has been embraced by the region’s working-class laborers, heads of households, and domestic helpers — yet another sign of the ever-expanding global community of vended wash-and-dry patrons.

Growth has been exponential in Malaysia, Singapore and the Philippines, where East meets West at hundreds of scaled-down versions of a classic American business model. The evolution of the industry in Southeast Asia is remarkably similar to our own as both transitioned from utilization of small, simple machinery to larger, more sophisticated equipment to capture a broader cross-section of end-users.

While self-service laundries have long been a fixture in other parts of the Pacific Rim, development in Southeast Asia lagged behind. The early coin-ops that did come online often mimicked the then-trailblazing laundry route operations by offering small-capacity machines to a wash-hungry public. That all changed as commercial machines — designed specifically for the rigors of public use — were introduced to the market.

UPSCALE OR NO FRILLS IN THE PHILIPPINES

A surge in new-store activity is occurring simultaneously to the northeast in the Philippines. One prominent player is Manila businessman Martin Veerayah, who sold his stake in e-cigarette stores to oversee a chain of 30 laundries.

“My initial target was attracting lavanderas [hired, domestic wash laborers] out of the home,” recalls Veerayah of his start-up barebones laundry operations that offered just machines and plastic chairs. “But I soon noticed that end-users of all classes were coming in and I shifted gears to cater to them all.”

Veerayah linked up with Manila-based Tysons Global Exchange, which imports and distributes Speed Queen commercial equipment in the Philippines, one of the world’s fastest growing economies and home to 100 million across the archipelago. The distributor had already made a name for itself by parlaying its success in student housing laundry rooms into development of some of the country’s first storefront operations.

Two models emerged to serve greater Manila: an upscale Quicklean and the no-frills Quicklean Labavendo. What the 850-square-foot Quicklean Labavendo lacks in amenities, it makes up for on the bottom line. With foot traffic generated in some of the most densely populated neighborhoods on earth, a number of stores average double-digit turns per day, Veerayah reports.

The Labavendo machine mix typically includes eight to 10 20-pound front loaders vending at the equivalent of US$1.35-$1.75 based on cycle selection; two to four 30-pound front loaders at US$2-$2.65; and three to four 30-pound stack dryers with full-cycle dry starting at US$1.55. Larger-capacity washers and dryers are increasingly making their way on to the floor in response to customer demands, and token-operated payment is being phased out in favor of a remote activation system operated by counter attendants.

At the other end of the spectrum, the newest upscale Quicklean model in Quezon City just north of Manila offers 14 20-pound front loaders, six 40-pound front loaders, as well as six 30-pound and two 45-pound-capacity stack dryers in 2,100 square feet. All washers and dryers, which are priced slightly higher than at the minimalist Labavendo stores, are remotely activated at the counter to eliminate coins and tokens.

“We wanted to have a younger, more vibrant feel,” Veerayah explains. “Our goal was to offer a place that added style into daily life.”

The venue attracted Deanna Dejoya, who travels 20 minutes and bypasses her old drop-off store to do the weekly wash.

“It’s faster than waiting days to get your clothes back and well worth the drive over,” she explains. “We enjoy family time folding clothes together.”

Her comments were music to Veerayah’s ears. “There’s always going to be a niche for coin laundries, and a lot of people who need to wash,” he predicts. “We’ll be there for them.”

Miss Part 1? Check it out HERE!