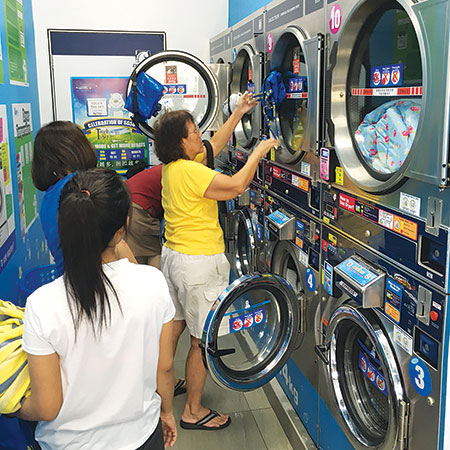 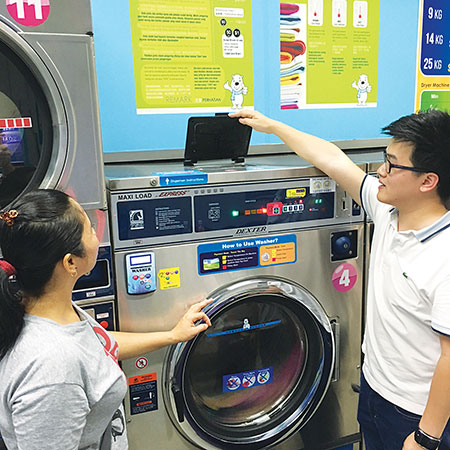 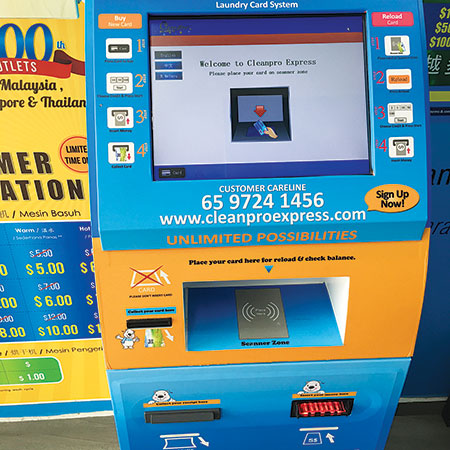 KUALA LUMPUR, Malaysia — When American Coin-Op first crossed the Pacific back in 1995 to profile the Southeast Asian self-service laundry industry, the scene was almost non-existent. Fast forward two decades: The do-it-yourself concept has been embraced by the region’s working-class laborers, heads of households, and domestic helpers — yet another sign of the ever-expanding global community of vended wash-and-dry patrons.

Growth has been exponential in Malaysia, Singapore and the Philippines, where East meets West at hundreds of scaled-down versions of a classic American business model. The evolution of the industry in Southeast Asia is remarkably similar to our own as both transitioned from utilization of small, simple machinery to larger, more sophisticated equipment to capture a broader cross-section of end-users.

While self-service laundries have long been a fixture in other parts of the Pacific Rim, development in Southeast Asia lagged behind. The early coin-ops that did come online often mimicked the then-trailblazing laundry route operations by offering small-capacity machines to a wash-hungry public. That all changed as commercial machines — designed specifically for the rigors of public use — were introduced to the market.

One of the companies riding the new wave is Cleanpro Laundry Holdings. Its 200-plus Cleanpro Express store network extends from its Kuala Lumpur base south to Singapore and north to Bangkok, Thailand.

On the heels of a successful launch of prototype coin-ops in 2009, the firm attracted expansion-minded franchise partners who shared a common vision rooted in the purist self-service laundry model: a small, 24-hour, unattended operation designed to minimize labor and maximize cash flow.

“Starting around 2007, Malaysia’s reliance on domestic helpers had diminished and laundries at the time were only equipped with top-load models,” observes Cleanpro Chief Executive SK Goh, who believed that the wash-load burdens facing heads of households would usher in a new age for coin-ops. His timing couldn’t have been better as the cultural labor shift coincided with the advent of balcony enclosures at newly constructed residential towers — a blow to traditional outdoor clothesline-drying and a boon for storefront self-service laundries.

Luring customers away from top-load-dominated facilities meant “an emphasis on the high quality and productivity of the outlet,” remarks Freddie Lau, who heads Cleanpro Express operations.

The challenge for Lau’s team was coming up with a design that considered both functionality and scarcity of space. It found the answer by utilizing stack 30-pound front-load washers boasting 200G high extract with matching load-capacity dryer tumblers, imported from Dexter Laundry, to maximize throughput in small-footprint stores.

With space at a premium in Malaysia and, most notably, high-rent Singapore, bill changers and soap venders were combined, and walls were transformed into message centers to both educate and promote — taking patrons step-by-step through the process, detailing prices and loyalty card incentives, and summarizing the benefits of using the facility in English, Malay and Mandarin languages. Productivity and profitability were further enhanced by instituting two practices previously unknown to the regional laundry scene: round-the clock operations and no staffing.

Water is treated onsite with an ionization system to encourage customers to forgo the use of detergents and cleaning additives to help the environment and their pocketbook.

One of Cleanpro Express’ franchise partners is Lu Xunguang, a 26-year-old with a dozen Singapore stores under his belt. After relocating to the island nation from China to further his studies, Lu became intrigued by the self-service concept and approached regional distributor Cleanpro Machinery’s Koh Say Young with his ambitions. What followed was a building spree that, at its peak, launched seven locations in a three-month span.

Like his counterparts in the U.S. market, Lu acknowledged that rent and utility expenses pose challenges, noting that he has to contend with rent factors of 20-50% of gross income, and that volatile LP gas rates account for the lion’s share of his utility expense.

The young operator remains bullish on the self-service concept.

“Singapore’s laundries have advanced, and we are ready to keep growing,” Lu says. “The goal is 200 to 300 outlets in the market. This is our dream.”

Check back Thursday for the conclusion from Manila!