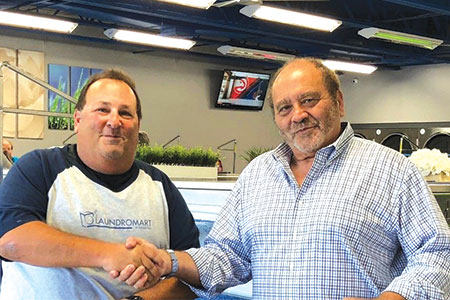 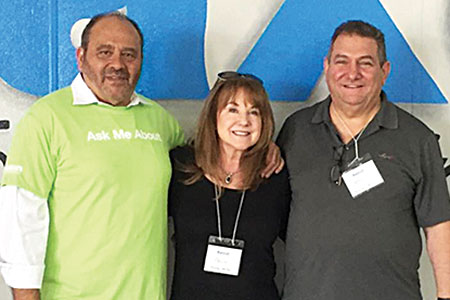 Arthur Lapon, the Aaxon consultant who worked with Kodroff to open his laundry, presented his award. Accompanying were the distributor’s marketing team of Brittany Pettineo and Amber Perkins.

The site of Kodroff’s Laundromat was originally a restaurant turned into a self-service laundry by a previous owner. The store eventually went downhill and that’s where Kodroff and Aaxon stepped in. Over the course of eight months, Kodroff and Lapon rebuilt the store into a sleek, upscale vended laundry.

“Phil Kodroff set his dream on opening a Laundromat in South Florida years ago and now here he is today, operating a successful laundry and winning awards!” says Lapon. “We’re very excited for him and his future.”

Spyer is a former Aaxon controller turned laundry owner. His Laundromart location, which opened in fall 2016 in Oakland Park, was the site of an existing, outdated laundry. He and Lapon worked together to transform the space into a modern, upscale vended laundry.

“I chose to open a laundry because I saw the great achievements of many laundry owners while at Aaxon,” says Spyer, who was employed by the distributor from 1996 to 2006. “And I sincerely enjoy providing a service to this community and speaking with my customer base.”