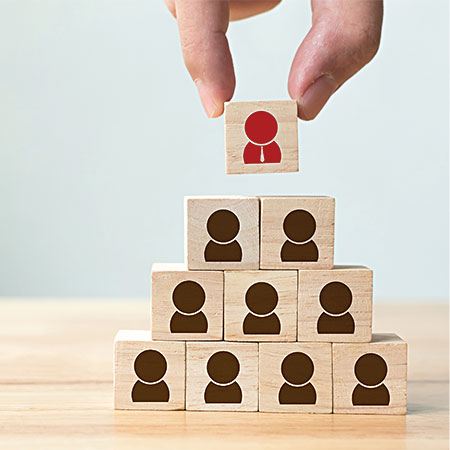 CHICAGO — When the workload becomes too much, there just aren’t enough hours in the day for you to make regular store visits, or you just feel like getting away for a while, it’s probably time to find and hire a manager who can run the show in your stead.

Whether you have a single self-service laundry or a bunch, entrusting someone to supervise your business’ front-line workers and handle the day-to-day operations can reduce your stress and free you up to spend time on “big picture” items and your company’s plans for the future.

“There are people who can probably manage over five stores (themselves),” says Key Ramsey, president of 15 Keyway Supersudz stores in Mississippi who entrusts their day-to-day management to his two sons and other personnel. “What do you want in life, and where do you want your business to go? … I don’t want to be consumed on the weekend with my business … and I wanted to put myself in a position of growth, and you can’t do that and manage five stores.”

If you’re looking to hire a manager, there may already be someone on your payroll who could fill that role for you.

“Angelica had been with us for a number of years as an attendant,” says Paul Hansen, owner of five Su Nueva Lavanderia stores and a Mr. Sudsy store in Chicago. “She was bilingual. She always went that extra mile to make sure things were done. All of that kind of helped out. She was helping train people. It was just kind of a natural fit.

“She started doing a couple of stores. ‘You do this one and this one and I’ll do the other ones,’ I told her. Then it just kind of made sense to bump her up and put her in charge of all of them.”

At Liberty Laundry in the Tulsa, Okla., area, members of the Henderson family were managing two stores and had added a third when they made the decision to hire managers for each location. Brian Henderson, a son of the owners, was operations manager for several years before stepping aside earlier this year to focus on building another business.

“You do have to be careful about taking someone who is an excellent laundry attendant but may not be able to adapt to being a store manager. We had that situation once, and that person actually went back to being a laundry attendant at their request. It was fine, because they’re an excellent team member. But that was an important lesson to learn.”

Of course, every laundry business is a bit different and the size and scope of its services figure heavily into its need for staffing and managerial help.

“A rural multi-store operation with no drop-off services is a bit unique,” says Hank Walter, who owns 10 Whale of a Wash Laundromats in West Virginia. “There is a lot of unsupervised work by techs that have to be able to deal with customers. The biggest challenge is to get the techs to always give the customer the benefit of the doubt. We computerize our customer list with refunds to avoid repeat offenders.”

Walter says he once promoted one of his service techs to operations manager a decade ago and things did not go well.

“Probably mostly my fault for assuming too much about work ethics. … I have found that it is better for me to pay each of my three service techs a good wage and keep a team approach to service and install work. I am fortunate that my daughter (Anne) can run the business when I am out of town. Cell phones make it easy to stay in touch if necessary.”

If you would be in the market to add a manager, what qualities would you look for aside from a talent for speaking to and handling customers? Would there be a specific skill set or experience that lends itself to that job?

“Taking initiative. Being that personality where they take it upon themselves to solve problems,” Henderson says. “They may ask me for feedback, but they really view it as ‘their’ store. … I can teach them some of the specifics of being a manager, but if they’ve got that in their personality already, then you’re 90% there.”

The ability to coach and be coached also figures highly in a manager’s job, he adds.

“You do have to be the coach,” Henderson says. “You have to encourage [the staff] and congratulate them when they do a good job but also be the one to bust their chops when they’re really not putting in their best effort.”

While it’s promoted from within previously, Liberty is contemplating looking outside its company for management candidates and using a “manager in training” approach. The person would first learn the attendant’s position fully before passing an evaluation and becoming a manager.

“I would say having some acquaintance with and experience with technology,” Hansen says of a quality he would seek in a managerial candidate. “Technology has become so important. Anything from a card system to a point-of-sale system to internet ordering to even payroll. It’s all online now, so I think having somebody who’s comfortable with technology and experienced with it is really a must.”

So whether it’s looking to promote from within or seeking a new face to help run things, hiring the right manager may be just the ticket for the busy store owner.