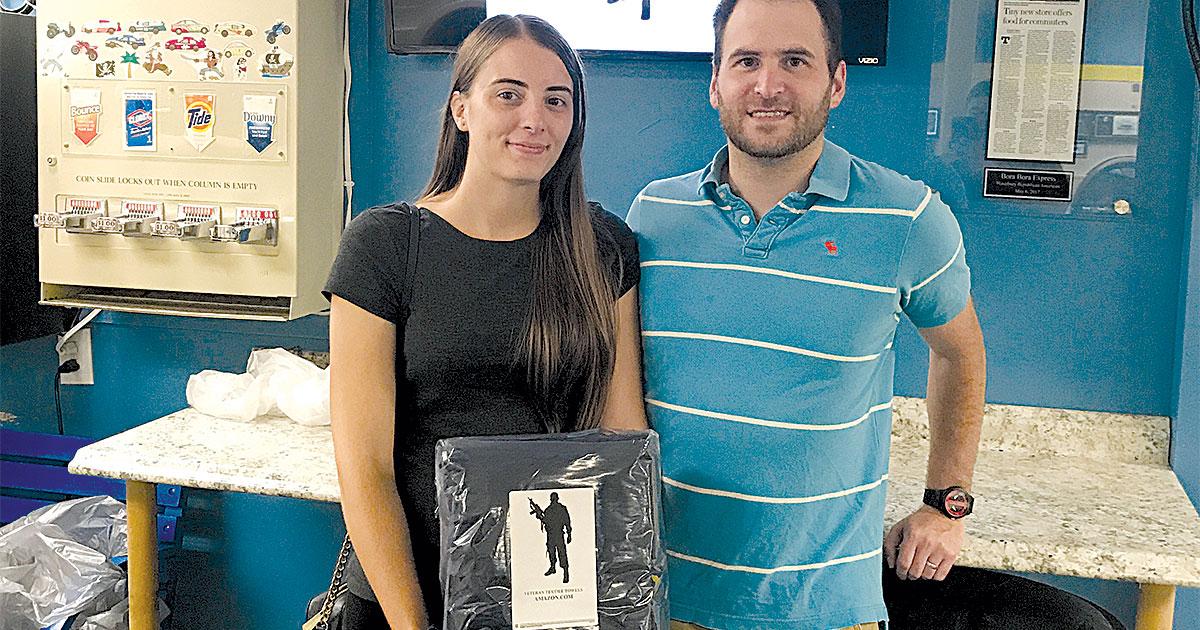 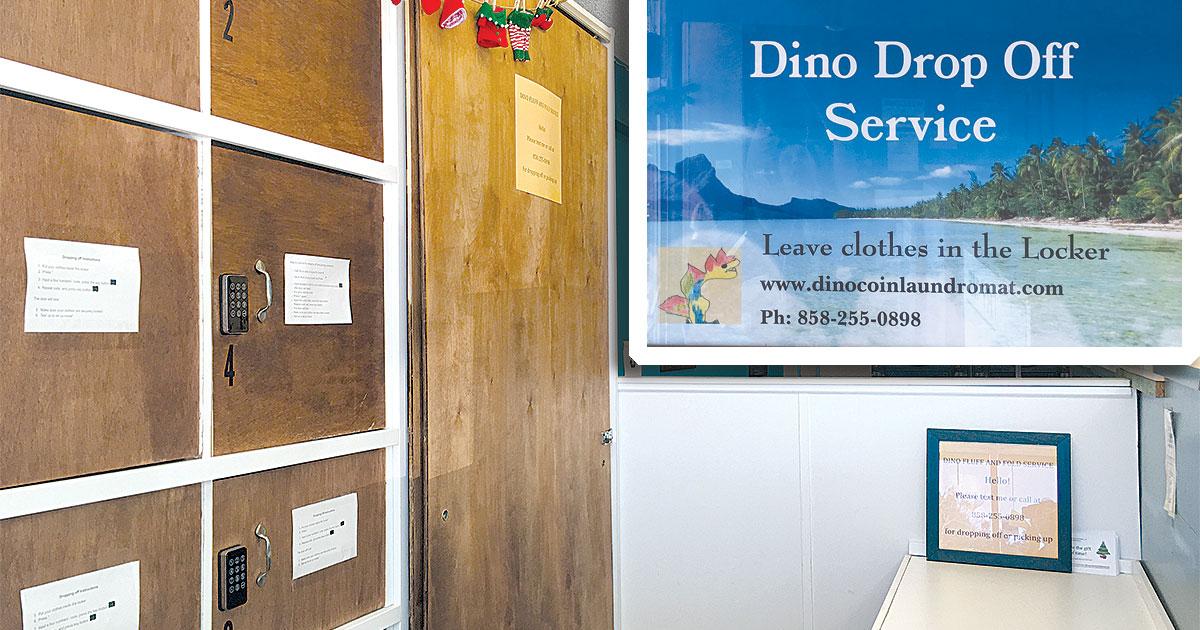 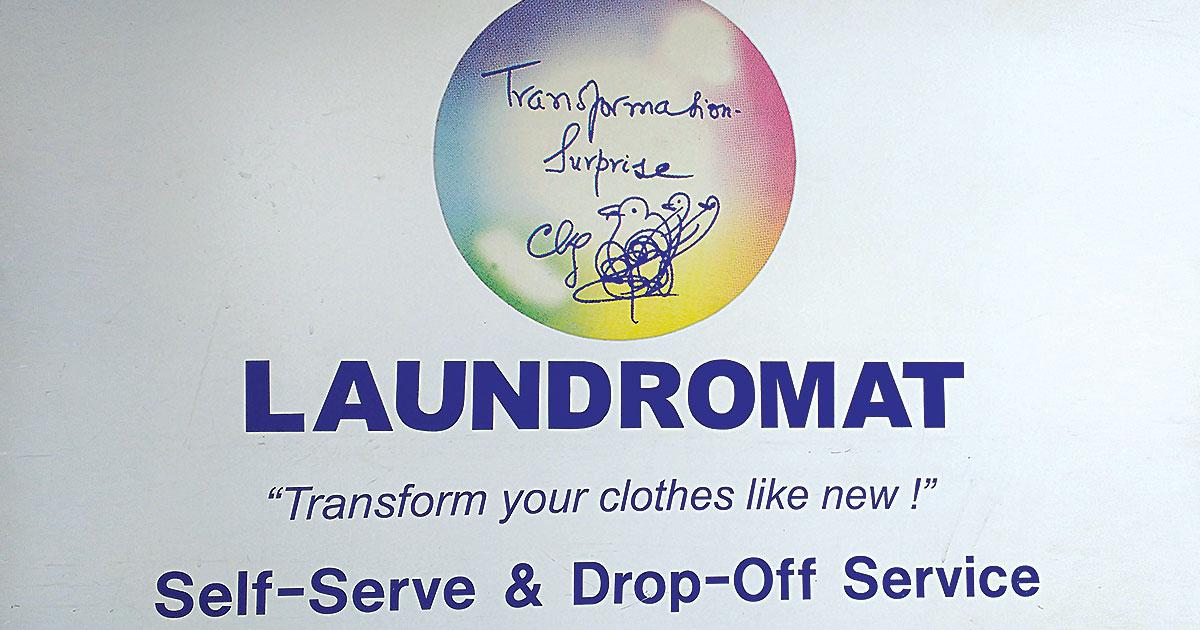 CHICAGO — Decisions, decisions, decisions. Washer islands or shotgun along the wall? Stainless steel — with or without chrome? Round-the-clock or 6-to-10? And then there’s the biggie — what to call your business. Welcome to The Name Game.

Way back when self-service laundry was in its infancy, naming that 20-washer, 10-dryer baby fell to those who supplied the equipment and their parent manufacturer. Depending on the machinery and region, the sudsy emporium was typically tagged as a Laundromat, coin wash, coin-op, washeteria, wash house or similar soapy title.

While today’s branding and affiliations remain strong to drive home a message of clean clothes fast, some operators think outside the box — way outside. They spell success with laundry names that may have you doing a double-take or just plain knock your socks off.

For example, Transformation-Surprise Laundromat is where Stota and Daulot Fountain turned around a neglected Seattle coin-op to the delight of neighborhood residents.

“They would step in and say, ‘Wow, you’ve really transformed this place. What a nice surprise,’” Stota Fountain recalls.

Her husband credits Sri Chinmoy, who he describes as a “man of great peace,” with both the name and logo art. With an updated equipment mix and extra care given to drop-off bundles, the couple invites locals to step inside and “Transform your clothes like new!”

The exotic-sounding Bora Bora Laundromat might not be a tropical destination, but the coin-op in Ansonia, Connecticut, has a kid connection to French Polynesia.

Co-owners Yusef Arslan and Ozgur Bora reopened the shuttered 1,000-square-foot location five years ago as part of a new business enterprise. Bora honeymooned on the famed South Pacific island, where he and his bride conceived their first son. The boy was given the name Bora Bora and became a frequent visitor in the startup company’s office area. Brainstorming led Arslan to suggest the two partners name both their corporate entity and the coin-op after the tot.

Make no mistake, Bora Bora is more bleach than beach. Here, warm turquoise waters slosh around with hot and cold while powdery soap replaces soft sand. Patrons load up any of the 15 washers and 13 dryers and take a respite in a massage chair as children flop down in bean bag chairs at the kid’s corner.

No trip to an island would be complete without towels and Bora Bora has got you covered. Arslan, who served over a decade in the U.S. Army after emigrating from Turkey, helped launch Veteran Textile Towel two years ago. The firm imports premium Turkish towels and markets them online through Amazon.

Donations of towels to organizations, hospitals, and shelters serving veterans and their families, both locally and across the country, are made on an ongoing basis. Bora Bora patrons are also on the receiving end of the company’s generosity, with a six-towel set given away in free raffles conducted at the store every few weeks.

Wrapping your body in a free towel is easy for customers. Wrapping your head around a laundry named Bora Bora isn’t.

“After we opened the Laundromat, a lot of people would ask what was the connection between us and the islands. We always used to laugh, as not that many people had heard the story,” Arslan says. “But when I have time, I’ll tell them what happened.”

OUT OF THE MOUTHS OF BABES

While some families put laundry naming to a vote, others hand the big decision off to one member. For Ed Kratz, it meant turning to his then-4-year-old daughter Alana to see what she’d like up in lights at the newly purchased laundry. Her response: Dino.

“It was the first thing that came to her mind. It was her choice, and that was fine,” Kratz chuckles. “We didn’t know what to name it so we gave it to her. She’s proud of the fact that it’s her Laundromat.”

The tot drew up a likeness of a prehistoric creature, and Dino Coin Laundromat and its whimsical logo started turning heads in San Diego’s Pacific Beach neighborhood.

Kratz leverages the Dino name in local marketing to build awareness for the location’s fluff ’n’ fold service. Gift certificates are donated to a pair of elementary schools and auctioned off at fundraisers. The logo also graces local newspaper ads and laundry totes.

Dino’s wash-dry-fold service is roaring, the owner reports, thanks in large part to Kratz’s wife, Ana Chacon, who ensures orders are processed and finished to each customer’s specs. She was also the brainchild of Dino’s storage locker service, enabling patrons to drop off or pick up laundry bundles during unmanned hours.

Locker program participants needing a refresher on operating the keyless pads can find a helpful step-by-step instructional video on the Dino website.

Kratz says property owners participating in home share arrangements like Airbnb are turning to the couple’s full-service coin-op as a convenient outlet to have linens, bedding and other large items dropped off and laundered. To meet the uptick in demand, Dino is adding a 60-pound front loader to the 26-washer/26-dryer-pocket mix.

That little dynamo Alana, now 7, has her own set of responsibilities, according to her father: “Alana’s job is to put out candy and make sure her spot at the fluff ’n’ fold area is clean.”