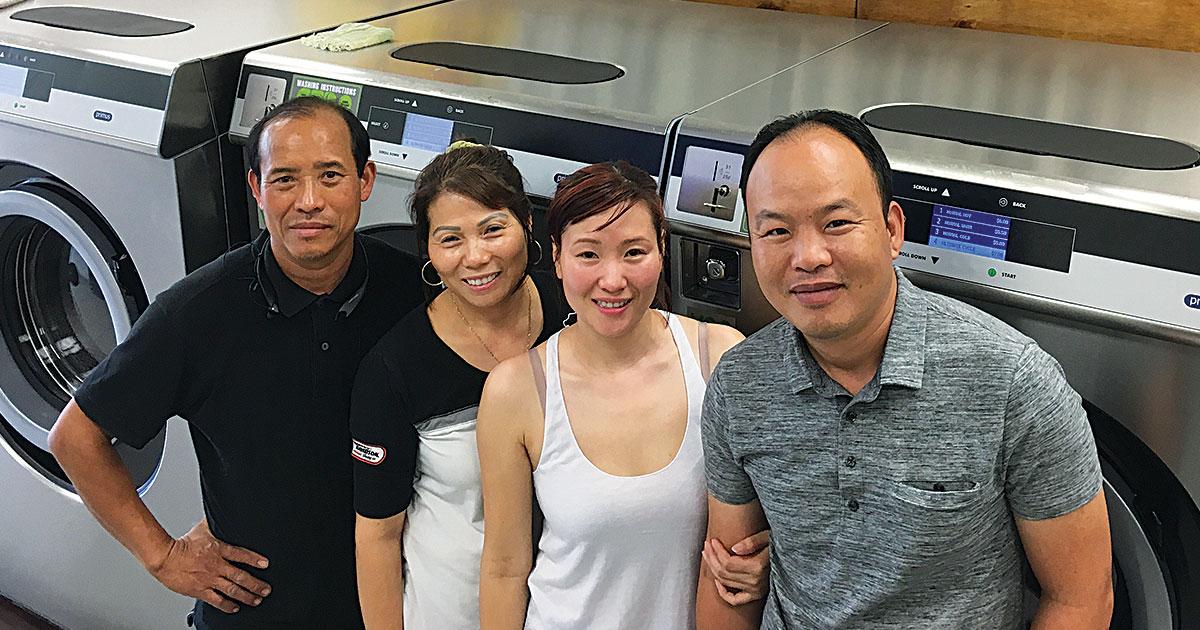 Folding tables pick up the color from the vibrant Cheetah logo. 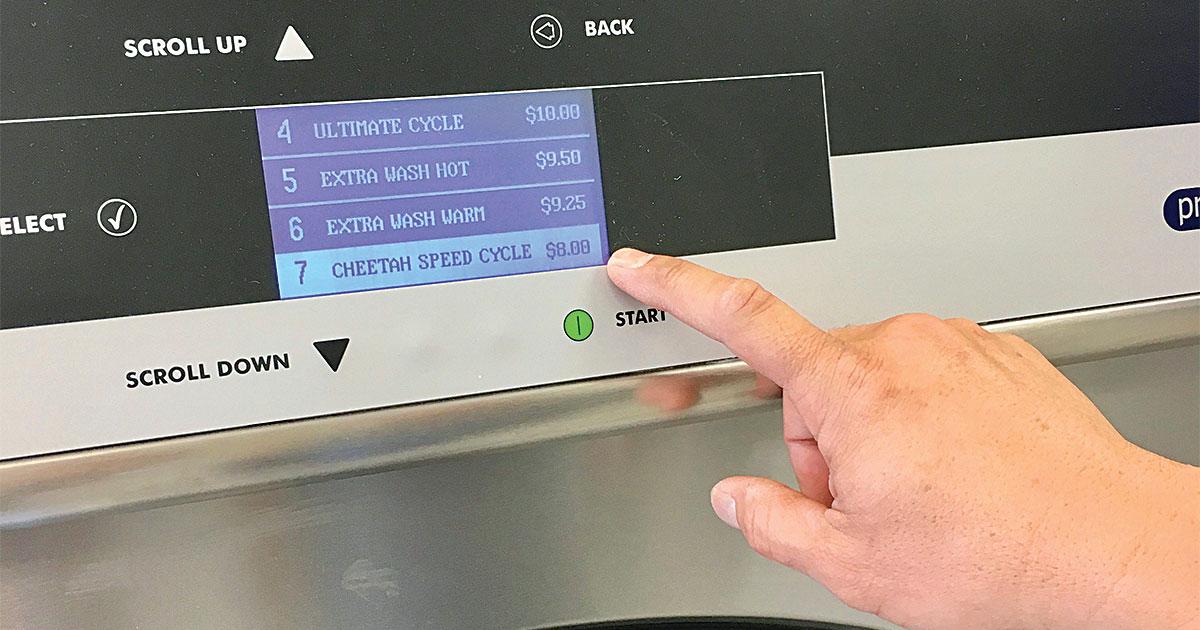 MOBILE, Ala. — What began as a lunch break turned into breakout success for Linh Nguyen. Just four years in, it’s on to laundry number eight with no sign of slowing down. Speed may describe this operator’s torrid pace, but what it truly defines is the customer experience he and his family deliver.

“We have to live up to our logo. A fast animal, so you get a fast washer, fast spin and fast dry. That is our mandate,” the architect of the Cheetah Speed Laundry chain tells me during a whirlwind tour of his stores dotting Mobile and nearby Gulf Coast communities.

His wife Huong’s parents, Viet and Dao, along with her brother Khoa, were enlisted to keep Cheetah running quickly and efficiently. Everyone pitches in with day-to-day operations, and when another rehab project comes online, Nguyen’s in-laws are there alongside the industrious owner, each using their hands and minds to create the best Laundromat they can.

Store visits are a family affair to recirculate coins and tokens, as well as impromptu meet-and-greets with patrons. Traversing the aisles, a warm hola is extended to the Monday morning regulars, punctuated by Nguyen’s infectious grin and happy-go-lucky demeanor guaranteed to wash away the laundry day blues.

There’s plenty for Cheetah customers to smile about. The basics are there: spotlessly clean, working machinery packaged in well-lit surroundings with plenty of elbow room. And then there’s the creature comforts, ranging from air conditioning and TVs to one-stop credit card pay and well-appointed washrooms.

What patrons won’t notice is the attention to detail behind the scenes that Nguyen brings to his roster of wash emporiums. Purpose-built bulkheads with overflow channels and a handy garden hose to clean machine backs, gaps and trays. Fortress-like changer security. And high-extract, soft-mount machines that can easily be spun into different configurations.

With less than a handful of years under his belt, the 38-year-old multi-store owner talks shop like a seasoned veteran. Give him an empty space and he’ll outfit a laundry like a pro.

“If you have a 400-amp panel in place with the power ready, just walk away and four months later I’ll get it open,” he promises.

Laundromats were the furthest thing from Nguyen’s mind when he emigrated to the U.S. from Vietnam with his mother and sister, settling in Salt Lake City, Utah, where he enrolled in language and welding trade classes at age 17. While carpentry and auto mechanics programs were big draws, Nguyen preferred training as a welder to minimize his need to converse in English.

Putting his newfound skills to work posed challenges in Utah and, later on, out East in Atlanta. The family’s eventual relocation to Mobile and its deepwater port provided job stability and opened the gateway to a career shift in self-service laundry.

Donning his helmet and armed with welding gear, sparks flew as Nguyen displayed a steady hand in projects that included an around-the-clock replacement of twin 40-ton generators brought through the hull of a Carnival Cruise Line ship. Working on three-story-high scaffolding erected on the port and starboard sides, the team got the vessel back in service after just two weeks of what normally would have been a two-month job.

It was during a dockside lunch that a co-worker encouraged Nguyen to pick up some extra coin by buying a small Mobile Laundromat that was on the market for $42,000. He initially waved off the idea. By the time he decided to pursue the acquisition, the location had already been snatched up by another party.

Welding had been good, but washing, it seemed, might be better. “Laundromats were on my mind and I started looking,” the Cheetah owner recalls of his first hunt.

A vacant 2,200-square-foot Mexican grocery across the state border in Pascagoula, Mississippi, looked ripe for development, and he signed on to pull permits. What should have been a matter of months dragged on for two years.

“I fed money every month to the landlord from my paycheck,” Nguyen says of the experience, placing a strain on his young family’s livelihood. Focusing on a laundry makeover — rather than starting from scratch — he believed, could get cash flowing.

Attention soon turned to a coin-op minutes from his Mobile residence that had fallen on hard times after the operator’s death. Employees of the Airport Road laundry struggled to keep the doors open until it eventually closed, leaving a trail of utility shutoff notices. Nguyen reached out to the shopping plaza landlord and inked a new lease and a $10 bill of sale four months later.