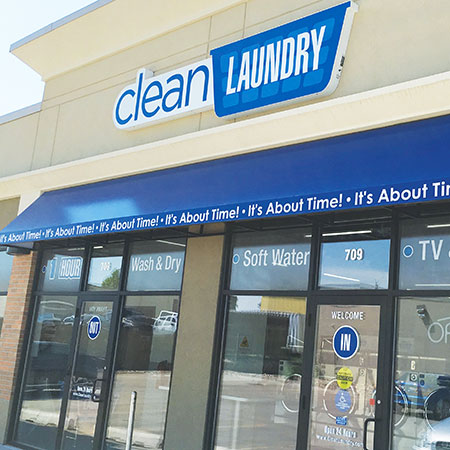 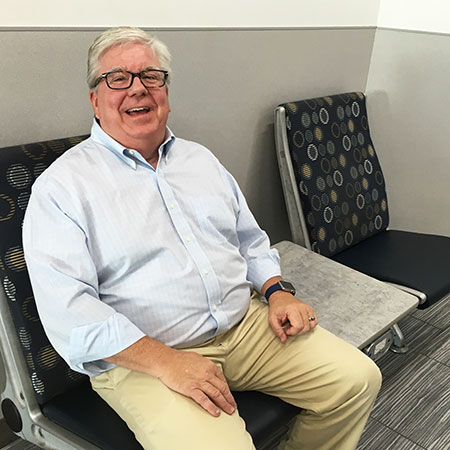 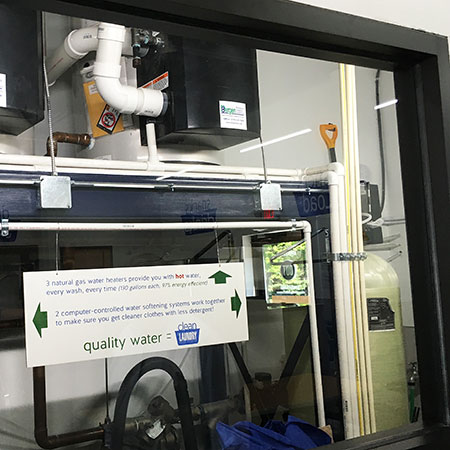 WATERLOO, Iowa — When word reached me that Phil Akin was back in laundry, I had to see what the one-time boy wonder of the industry was up to. After a 20-year hiatus, the originator of the iconic Duds ’n Suds theme laundry franchise has once again set his sights on reshaping the self-service landscape with a new concept. Clean Laundry, which the Akin family debuted on Waterloo, Iowa’s, south side in 2014 and replicated across town late last year isn’t a nostalgic ’80s rerun.

Taking a cue from microbreweries, the innovative owner showcases water heating and softening capabilities by illuminating his utility room and installing a walk-up viewing window. “Why tell them when you can show them?” Akin offers.

Clean Laundry’s energy-efficient design and equipment mix have achieved a utility ratio under 10% of gross monthly sales, which reached the $30,000 mark at the 2-year-old Sovia Drive location, according to Akin.

He credits his son, Ethan, and conscientious staff for the success.

“This is totally a 100% relationship business. You’ve got to connect with the neighborhood,” Akin emphasizes, noting that building a friendly rapport with clientele plays a critical role in sustaining revenue growth.

Akin’s comeback is the latest chapter in the family’s long industry involvement dating back to the mid-1960s when his grandfather, and later his father, ran an apartment route laundry service. Akin helped out as a high school senior and got his feet wet in the business two years later after buying a $500 coin-op washer-dryer set from his dad to replace broken-down units inside his Iowa State University fraternity. He parlayed that two-machine investment over the next three years into 200 washers and dryers in nearby off-campus housing and a storefront laundry just outside Ames.

The enterprising 23-year-old was ahead of the curve when he brainstormed and brought Duds ’n Suds to his university hometown.

“How did I get the attention of the college kids? It was the gimmick of the beer, video games and the snack bar, but they kept coming back because it was immaculately clean,” Akin recalls. “I wanted to make laundry as close to a fun activity as possible, always believing that what’s more fun than doing laundry is not doing it.”