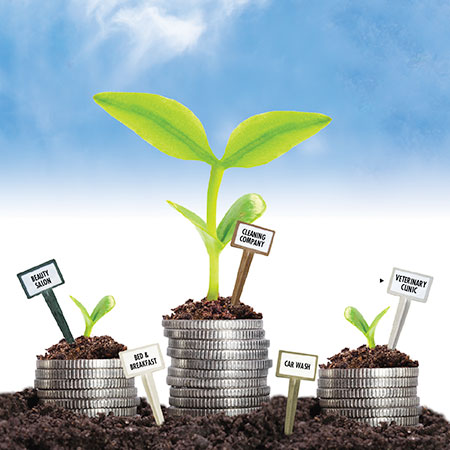 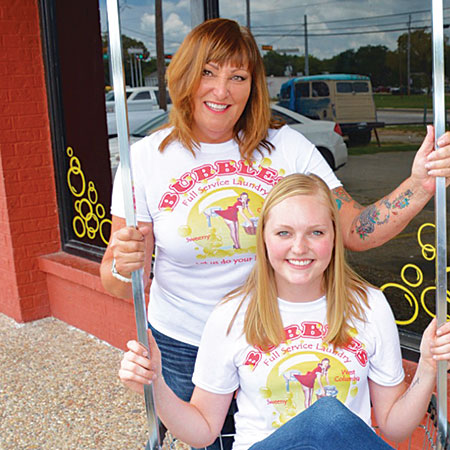 Where to look to grow this customer base

CHICAGO — In Slow-Day Turnaround, we examined tailoring promotions and/or extra services to generate business when your self-service laundry business is sparse. One of the means suggested was to take on commercial accounts, i.e. doing the laundry for other businesses.

When the store didn’t produce the level of revenue he was expecting, and he understood that the average Laundromat’s four turns per day uses only a small percentage of its true capabilities, he began looking at commercial work.

After “trying lots of different businesses,” he and his partner, son Darin, found that plastic surgeons, massage therapists and party rental firms were the “best candidates.”

Making the decision to take on commercial work is one thing, but building the business is another. It takes time and energy to serve and keep clients and to sign new ones. American Coin-Op spoke to some store owners with businesses of varying size and scope to get a sense of how they manage and grow their commercial customer base.

‘THEY CAME TO US’

Carol Beal and her daughter Hanna Christian own Beal’s Bubbles, with stores in West Columbia, Texas, and 15 miles away in Sweeny, Texas. Beal has been doing commercial work for about a dozen years now, and says only a “small percentage” of the business’ annual revenue comes from such accounts.

The stores (both locations offer commercial service) utilize 20- and 40-pound washers and 30-pound dryers, all from Maytag Commercial Laundry. Commercial work is processed during regular business hours, and one person is enough to handle the loads for the promised 24-hour turnaround.

Commercial clients include the West Columbia Police Department and City Hall. Beal’s Bubbles also serves contractors working at a nearby refinery, and it does a pickup/drop-off service to a local RV park.

“They came to us,” she says when asked why she chose to pursue commercial accounts. “We’re the first and only attended laundry facility in the city, so it has benefited us greatly.”

Word of mouth is Beal’s Bubbles’ “biggest form of advertisement” to reach West Columbia’s 4,500 residents, Beal says, but the business does mail promotional flyers from time to time.

There may come a time when a commercial prospect might not seem like a good fit for an operation, but Beal doesn’t see things that way.

“Business is business. I can’t think of one that wouldn’t be worth pursuing,” she says. “You never know what it could turn into.”

The day after Ken Barrett purchased the Washin Golden Springs Coin Laundry in Anniston, Ala., he landed his first commercial account: a metal stamping company that sought him out. That business was lost after two years when the company moved to another state but it was the beginning of his commercial operation still in place today.

“Although I only have a small commercial operation, it has picked up some markets that don’t normally come up in conversations, and the best part is that they provide their own pickup and delivery,” says Barrett. “For someone considering venturing into the commercial sector, it’s a way to get started with little to no investment but it exposes them to the billing and tracking required by these types of accounts.”

“These are some good areas to start as they are not as concerned about getting the stains out,” Barrett says. “They just want them clean.”

He investigated expanding his commercial operation at one point but now says his main focus is on growing his traditional drop-off business.

Barrett owns two other Washin Laundromats in Anniston but neither is attended and thus offers no commercial service. Equipment used among his three stores hails from Milnor, Speed Queen, Dexter and ADC.

He takes advantage of his Chamber of Commerce membership by meeting local business decision makers in a relaxed environment. During conversation, he offers ideas that may help them in marketing or other areas and how laundry can be outsourced locally.

“Also, many people move around the same industries and will call people they know about various items. We have built the car dealership business through the employees of various locations asking about alternatives,” he says. “The first time they call or ask if we do the rags, we tell them that they are about the only dealer that doesn’t use us.”

And he pays attention to what his competition is doing.

“Do you know the other laundry owners in your area? Do you see what they are doing on a regular basis (either through conversation or nosing around)? Other industries work the same way. If a competitor cuts costs by using a certain service, they already did the legwork for me, so I just have to make sure it’s a good fit for my company.”

Before taking on a commercial account, Barrett recommends fully investigating its impact on your operation.

“Be very aware of how much of your time may be required initially and in the future,” Barrett says. “Running a smooth drop-off service or a partially attended laundry may not require much daily involvement from you, or you may actually work at the store yourself, but adding even a few commercial accounts could add hours per day until you can get all the systems, documentation, training, operation and billing in place.

“Commercial accounts can add a very solid and stable income to your business but like any business decision, spend the time up front to get it right.”

Check back Monday for the conclusion, featuring input from Laundry Basket of Norwalk’s Bjorn Wisecup and Anytime Laundry’s Robert Simard