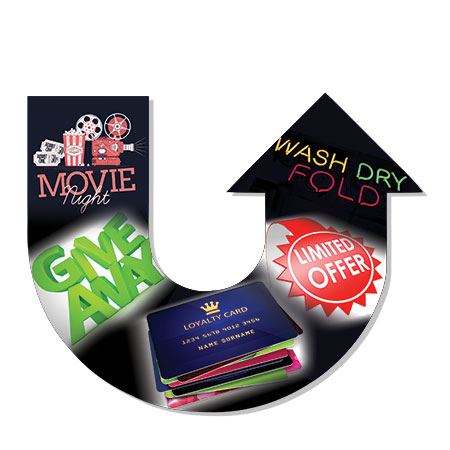 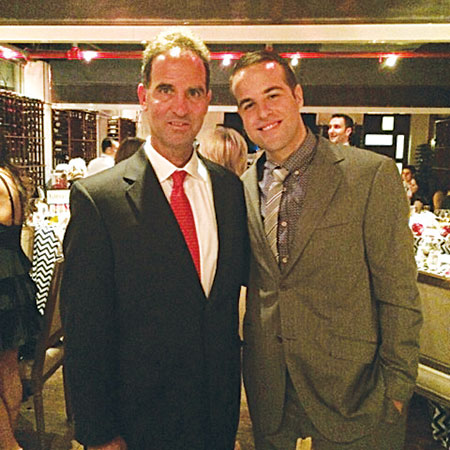 Vital to publicize your promotions and extra-service efforts

CHICAGO — Every vended laundry has those “slow” days or times when few people are in the store and most or all of the equipment is sitting idle. But is a slow day something a store owner like you just has to learn to accept and live with, or is there something you can do about it?

American Coin-Op polled some store owners as well as a few manufacturer/distributor reps to get some tips on how you can go about creating a “slow-day turnaround.”

GET THE WORD OUT

In Parts 1 and 2 of this story, we examined offering promotions or extra services as ways to generate additional business during slow times. Whatever approach you take, it’s vital that you make the effort to promote your efforts.

“As coin-store owners, promoting and selling your store’s amenities and convenience is nonnegotiable—it’s required for success,” says Chris Brick, product and brand training manager for Whirlpool Corp. Commercial Laundry. “Marketing efforts are quite varied and range from free to expensive, but all owners can find at least some time, and possibly a little cash, to boost store traffic and increase a loyal customer base.”

“I think most store owners don’t do enough to use marketing that’s available to them beyond sending out coupons or flyers,” says King Lee, Northeast regional sales manager for manufacturer Dexter Laundry. “It’s important to have an Internet presence nowadays. The most popular verb in the English language today is ‘Google.’ Every time someone wants an answer, they’re going to Google it.”

Besides advertising in a handful of local newspapers, Cathy Neilley, who owns Spin Doctor Laundromat in Hamilton, N.J., frequently posts specials on her store’s Facebook page and through Yelp. She’s working on revamping her store’s website.

“If store owners collect their customers’ e-mail addresses, they can send e-mail blasts to let them know about promotions,” says Taylor Smith, president of Commercial Equipment Co., a Speed Queen distributor based in Texas.

“The equipment itself isn’t going to generate too much of anything during the slow times, it’s a matter of what promotion and what you do to drag the people in to fill those hours,” says Stucky Szczotka, who co-owns card store New Wave Laundromat, Sterling Heights, Mich., with son Darin.

Michael Finkelstein, president of Associated Services Corp., a large chain of vended laundries that operates in Virginia and North Carolina, believes in-store signage and a store website are the most effective marketing tools for informing customers of specials and promotions.

“I’ve tried social media. I’ve done Facebook ad campaigns. I’ve tried different things along those lines,” he says. “Some people do radio, Penny Savers, or the back of receipts. Maybe in some places that works. I’ve not seen it work in the area I operate in or area I live in.”

Szczotka says his business purposefully tries to attract “high-income earners” by demonstrating how using the store can “turn laundry day into laundry hour” and how its larger Continental Girbau equipment can clean larger items like comforters.

“The only people I’ve been able to move into my store in off-hours are more or less non-traditional Laundromat customers, higher-income, primarily homemakers for the most part,” he says.

Finally, if you want to learn what may attract customers to your store during traditionally slow times or days, try asking them.

“Customer surveys and feedback boxes are great tools that can engage customers and gives them the chance to share their voice so you can discover what may be missing from your business,” says Brick.