CHICAGO — Owning and managing a vended self-service laundry has its share of challenges. And making the decision to keep your business open 24 hours a day, seven days a week, introduces still others.

There are costs related to staying open around the clock, including utilities, evening/overnight help, and problem-solving. And leaving stores unattended at times, especially during the overnight hours, presents opportunities for vandalism and for homeless people to use a store as shelter.

But under the right circumstances, “keeping the lights on” offers up added revenue opportunities and serves to generate goodwill among shift workers and other late-night or early-morning patrons in your area who can appreciate having the ability to do laundry on their schedule.

Here’s a look at a handful of today’s 24-7 stores and how their owners approach operating a business that never closes:

Sharon Sager’s Drop A Load Laundry is in Sierra Madre, Calif., a suburb of Los Angeles.

“We’re right in the foothills of the San Gabriel Mountains. We’re in one of the smaller communities up here, and it’s a fairly upscale area, pretty high-rent district. There are a lot of older apartments in the area.”

The former school teacher believes having a police station right down the street makes it easier for her to operate a 24-7 store than someone in a “rougher neighborhood.”

When Sager acquired the 2,000-square-foot store in fall 2016, it was already open around the clock. Washers range from top loaders to 60-pounders, and there are 11 55-pound stack dryers.

“That’s a little bit of a nail biter, because nighttime is probably when the vandals would come out,” says Sager. “I’m in a unique situation and I’ve had very little trouble. People are, overall, pretty respectful.”

She visits the store four to six days a week, as needed. And when she’s not around, she relies on technology to keep her connected.

“I was kind of amazed at how much technology we’ve got in there, and how much help it is,” Sager says. “I have security cameras that I can access through my cellphone. If I have a customer making a complaint, I can get on and see what’s going on. If I just want to check the store at 3 in the morning, I can.”

Those types of systems benefit a 24-7 business owner but can also come at a personal cost, she says.

Victor Racicot has owned and operated Suds Appeal in Concord, New Hampshire, the entire 30 years he’s been in the industry. The unattended, 1,800-square-foot coin store is on street level in a building that also houses six apartments and is located near the University of New Hampshire School of Law.

Suds Appeal offers 17 washers and 17 dryers to residents of the area, which Racicot says is mostly residential rentals and some single-family homes. The store hasn’t always been open 24-7.

Nothing has deterred him from staying open 24-7, he says, adding that any vandalism that’s occurred took place during the daylight hours.

Racicot visits the store each morning to check on things. He employs a part-time cleaning person who lives in one of the apartments in the building. A surveillance system keeps watch.

“I like having the security cameras, and I think the women customers who come in at night enjoy having that as backup,” he says.

Luke Williford is a third-generation operator who runs a group of 31 stores branded The Wash House with brother Lee, father Marshall and other family members. The partially attended stores dotting The Triangle area of North Carolina range from 2,000 to 6,200 square feet (stores 30 and 31 are opening soon) and feature large-capacity washers and dryers.

He says around-the-clock service is the ownership group’s “default” approach to laundry operations.

“We always try to put ourselves in the customer’s shoes,” Williford says. “Whether we realize it or not, if we’re opening and closing, people are pulling up to our facility to do laundry with money and dirty clothes in hand and they have to leave and go to another 24-7 store … my father started [staying open] years ago.

“We’ve found from a financial perspective that the revenue generated far outweighs any negatives, as far as vandalism or anything like that.”

Williford’s company staffs local off-duty police from Fayetteville and Raleigh-Durham, North Carolina, to check on stores in their areas during the overnight hours. Standard off-duty rate is $35 per hour, with a minimum of four hours, he says.

“I couldn’t justify that on one store, or even two, but I’ve got ’em going around to four to six stores at night,” Williford says. “It makes for great rapport with police in the area, and my customers really love it when they see them come by.”

There are also surveillance systems in place and Williford often finds himself checking camera feeds during the early-morning hours.

“When you catch someone doing wrong in your store, that word spreads,” he says. “And vice versa, when things happen and people steal or rob out of your change machine and get away with a few hundred bucks, that spreads, too. You have to make sure you’re catching them and following up.”

Not everyone lives their life in the 9-to-5, Williford says, and they have laundry needs, too.

“Just from a customer standpoint, that is one of the biggest compliments we get, besides our people, our equipment and our cleanliness, is that we’re always open.” 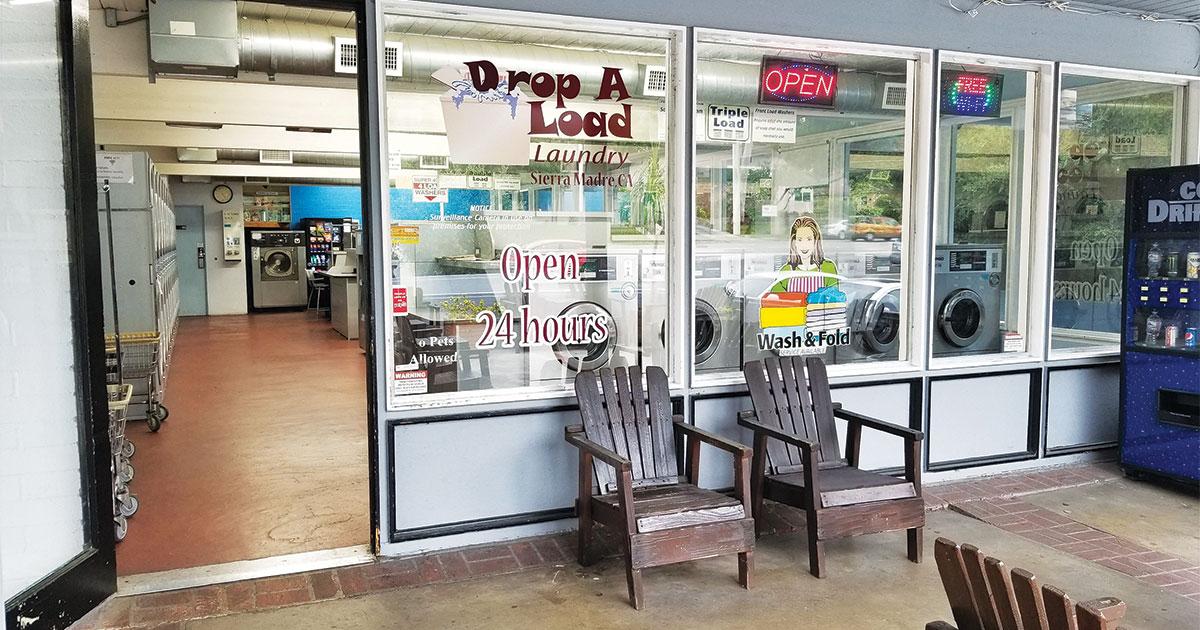 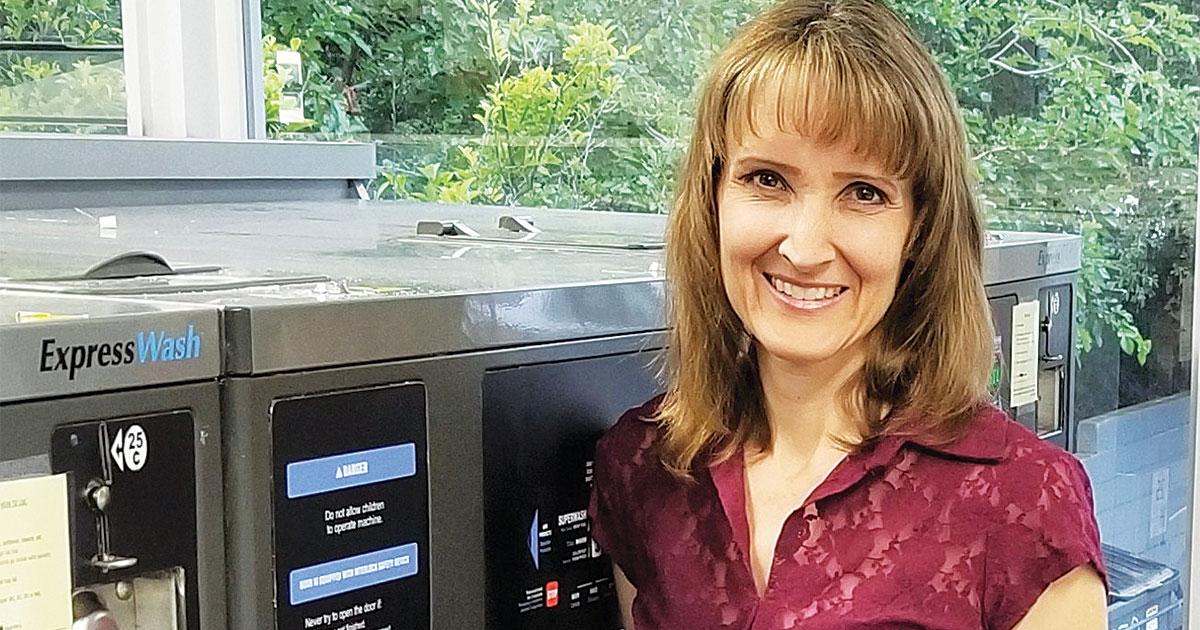 Drop A Load Laundry was already a 24/7 operation when Sharon Sager (pictured) acquired it, and she believes its location in an upscale Los Angeles suburb helps keep problems to a minimum. 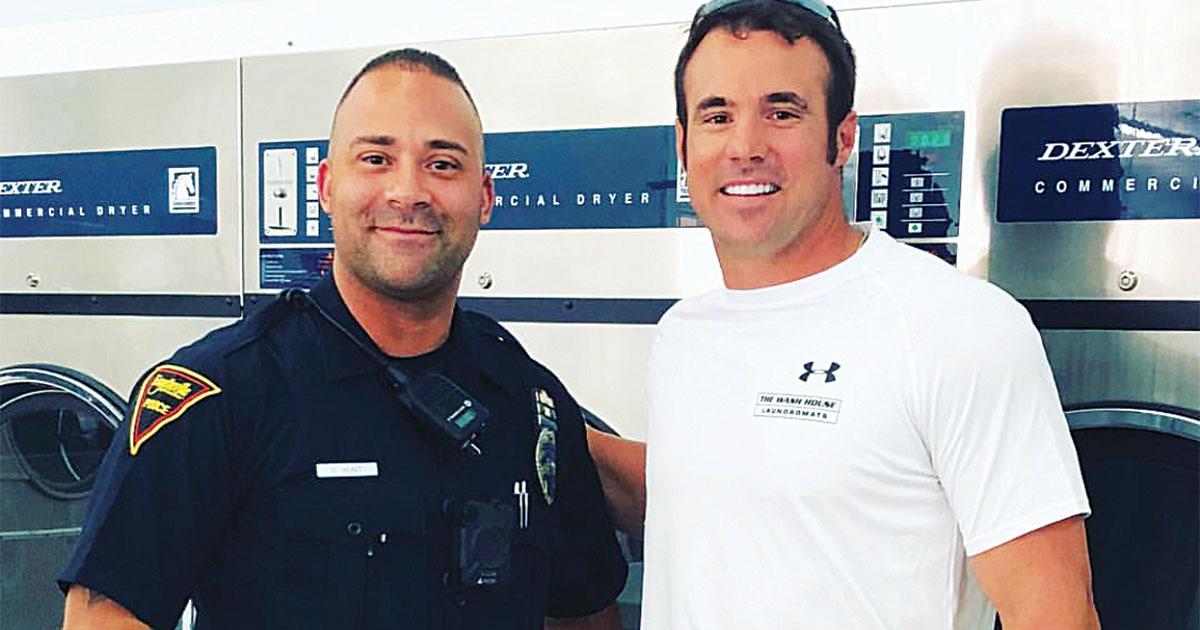 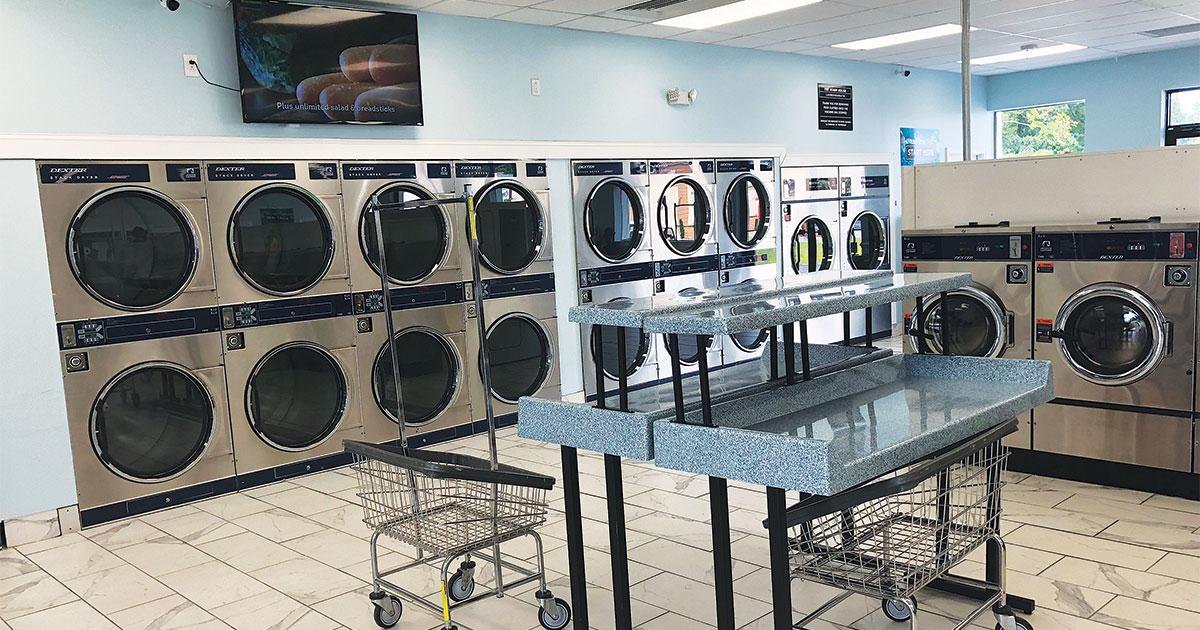 Williford also relies on security cameras, like the ones seen mounted near the ceiling in this Wash House laundry to monitor activities.