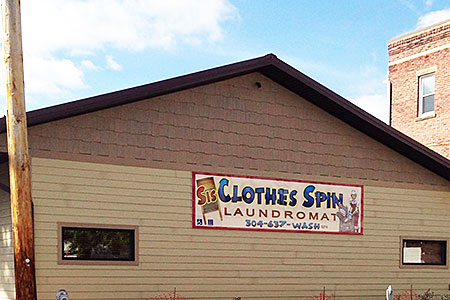 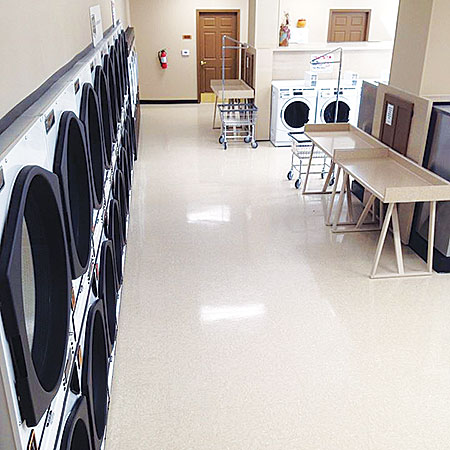 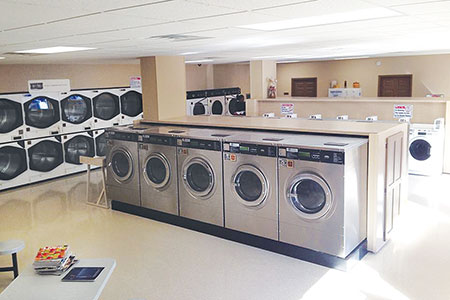 ELKINS, W. Va. — Every year, across many neighborhoods in the country, a new Laundromat opens its doors, ready to answer the laundry needs of those in the community.

A two-hour drive northeast from West Virginia’s capital of Charleston lies the city of Elkins, home to Sis’ Clothes Spin Laundromat, and what Gov. Earl Ray Tomblin says, to the best of his knowledge, is the first “fully accessible Laundromat in the state,” according to Maytag Commercial Laundry.

Owner Clif Schoonover’s motivation for the store was Ryan Dasher, son of girlfriend Brenda Dasher. Ryan became a wheelchair user at age 12 due to a rare neurological disorder, says Maytag.

“I wasn’t concerned with ADA (Americans with Disabilities Act) compliance until it became a priority for my son,” says Brenda. “When something happens to you or a loved one, you start paying attention. You make adjustments to ensure there’s an opportunity to experience all life has to offer.”

With the help of Tim Jackson, sales manager for Hildreth’s Commercial Laundry Equipment, Schoonover and Ryan spent six weeks designing the 2,400-square-foot ADA-compliant store, with the goal of making it 100% accessible to those in wheelchairs, as well as those with other disabilities, says Maytag.

Built from the ground up, the store was up and running in eight months, officially opening in August. Schoonover chose to not disclose the cost of the overall project.

In addition to ADA-compliant washers and dryers, Sis’ Clothes Spin Laundromat is designed so that Ryan can manage the business by himself, according to Maytag.

The company explains that the water shut-offs and electrical boxes are within his reach, as is the change machine. Also, there is plenty of room for him to get his wheelchair behind the dryers, if necessary.

The folding tables are also 36 inches off the ground, making them easily accessible for chair users, as well as others, to fold laundry.

In addition to catching the attention of other business in the area, the project has “turned many heads and opened eyes to the need for truly ADA-compliant stores,” Maytag says.

“As a result of Sis’ Clothes Spin Laundromat, other businesses are very interested in making their stores more easily accessible for those with disabilities,” adds Maytag.