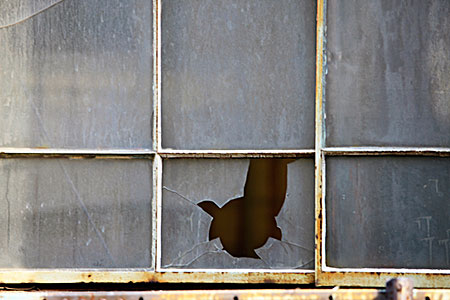 What does a philosophy championed by a police commissioner have to do with Laundromats?

PEMBROKE, Mass. — Sometimes, you must borrow from other fields to learn something new.

The theory goes like this: If the police makes an issue of trying to prevent small crimes such as breaking windows, vandalism, public drinking, and toll jumping, then that effort will reduce the number of more serious crimes. This “broken window” policy helps create an atmosphere of order and lawfulness, which has an effect on criminal minds.

So what does this “Broken Window Theory” have to do with Laundromats?

Appearance matters. A broken window, a door that doesn’t open or close easily, a front that has peeling paint, a ceiling marred by stains, a dirty bathroom, a floor tile that’s chipped, all look unsightly and stick out like a sore thumb to give your establishment a bad name. The effect is to lower the value of the offering.

It is perhaps hard for you to see it, because you’ve been looking at the same surfaces for a long time, so you have trouble noticing the imperfections.

I once visited a Laundromat that had a rear door with a cracked window. I pointed it out to the operator and he shrugged, saying, “It is something I’m going to get to, but there are a dozen more important things on my list. Honestly, though, what’s the big deal? The door works, there’s no leaking, and it’s the back door.”

Obviously, the operator was in no hurry to replace the window. But the fact is, anyone who parked in the rear and entered through the back door saw it. The state of the window registered in the customer’s subconscious mind. In addition, people sitting around while waiting for their clothes to be cleaned noticed the cracked window, too. In the hour and a half I stayed there, four people went out the back door to smoke or stretch. So, a lot of customers saw the cracked window.

Like the police trying to prevent offenders from breaking windows or jumping tolls, so this broken window creates an atmosphere of neglect.

Running through the customer’s head might be something like this: “This Laundromat doesn’t have enough pride to keep its premises in tip-top shape, so why do I have to take care to be a worthy patron? I can just let my cigarette ashes fall on the floor. I can rough-handle the machines. I can dirty the bathroom. I can let my kids go wild. Heck, if I wanted to, I could write graffiti on the wall. If they don’t think enough of keeping their appearance up, why should I?”

It gets worse. When you decide to raise prices, customers will feel that you’re trying to rip them off.

Their thinking may run something like this: “They haven’t kept the place up, so obviously they’re not committed to doing the best job they can. The increase in prices will not go to fixing things—it will go in their pockets. They’re trying to squeeze out everything that they can.”

At this point, they might switch to another Laundromat, or seek out a friend whose washer/dryer they can use. They might reduce the loads by wearing clothes longer. They certainly will not be recommending your Laundromat anytime soon.

Likewise, when there’s a problem, they will be less forgiving. The mental process goes something like this: “I lost $2 in that washer and I know I won’t get it back. They just don’t take enough pride. I’m going to go to a different Laundromat next time.”

Check back Thursday for the conclusion: Making sure your store has the right ‘aura’