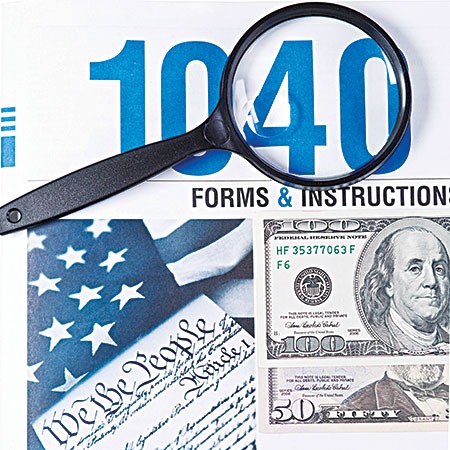 CHICAGO — Any change in Washington brings the possibility, indeed the likelihood, of tax law changes. The election of Donald Trump as the 45th president of the United States is no exception. In his campaign, the president highlighted several goals of tax reform that included reducing the official corporate tax rate to 15% from its present 35%.

In addition, the president would like to see the top individual tax rate at 33%, down from 39.6%. And, it is not just Trump who would like to see the Affordable Care Act (also known as Obamacare) repealed. As an essential part of any Congressional repeal efforts, the 3.8% Medicare tax on investment income would also be repealed.

President Trump’s campaign promise to work with Congress to introduce broader legislative measures within the first 100 days of his administration included the following:

An economic plan designed to grow the economy 4% per year and create at least 25 million new jobs through massive tax reduction and simplification, in combination with trade reform, regulatory relief, and lifting the restrictions on American energy.

The largest tax reductions would be for the middle class. A middle-class family with two children would get a 35% tax cut under the proposal. The current number of brackets would be reduced from seven to three, and tax forms will likewise be greatly simplified. The business rate would be lowered from 35% to 15%, and the trillions of dollars of American corporate money overseas could be brought back at a 10% rate.

Establishes tariffs to discourage companies from laying off their workers in order to relocate in other countries and ship their products back to the U.S. tax-free.

This would leverage public-private partnerships, and private investments using tax incentives, to spur $1 trillion in infrastructure investment over 10 years. It is revenue-neutral.

But, what would this mean for a self-service laundry business or its operators?

Of interest to the owners of many small coin-operated laundry businesses — and their heirs — the estate tax would be repealed if the president’s proposals bear fruit. However, capital gains on property held until death and valued over $10 million would be subject to tax — with an exemption for small businesses and family farms. To prevent abuse, contributions of appreciated assets into a private charity established by the decedent or the decedent’s relatives would be disallowed.

Both President Trump and House Republicans would like to see the corporate tax rate cut from its current top rate of 35% (the highest worldwide) to 15% and 20%, respectively. The Trump plan “would be a bold step that leapfrogs the United States all the way to having one of the lowest rates in the developed world,” according to the campaign’s website.

Trump specifically proposed a reduction in the top corporate tax rate to 15% while extending the same 15% top rate to the income of pass-through entities and sole proprietorships. The current top corporate tax rate is 35%, and the current top rate on business income from pass-through entities and sole proprietorships is the top ordinary, personal income tax rate of 39.6%.

The plan from House Republicans, on the other hand, is more moderate. The House GOP plan also includes “base broadeners” to counter the revenue lost from the rate drop. Trump’s plan doesn’t have those. As a result, under Trump’s proposal, the corporate income tax raises less revenue than the House GOP’s plan does.

Trump has proposed that some sort of tax, like the tax on corporate dividends, would be applied to distributions of business income from these other entities. The Trump campaign has stated that it hopes to include provisions that would prevent the conversion of ordinary income into business income, although there are no details at this point.

With congressional concerns about deficit projections from the Trump proposals, these proposed rates may have to come up somewhat. Congress may also be concerned about extending the corporate tax rate to other business income due in part to the deficit.

Information in this article is provided for educational and reference purposes only. It is not intended to provide specific advice or individual recommendations. Consult an attorney or tax adviser for advice regarding your particular situation.

Check back Thursday for the conclusion.

Mark E. Battersby is a freelance writer specializing in finance and tax topics. He is based in Ardmore, Pa.