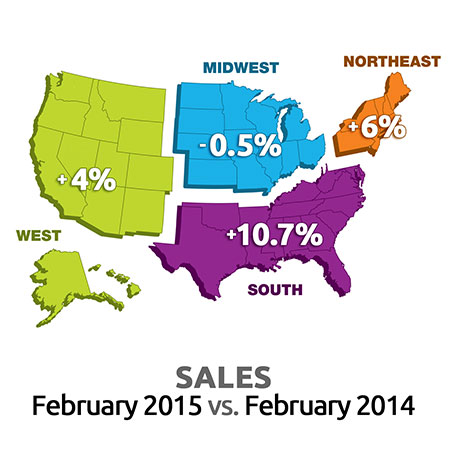 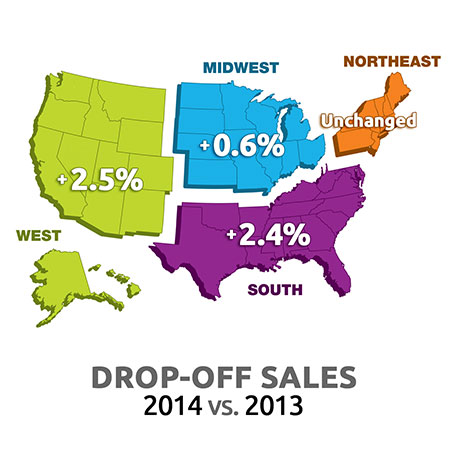 CHICAGO — Operators in the South had a sweet February, as year-over-year sales in the region last month were up an average of 10.7%, according to results of this month’s American Coin-Op StatShot survey.

“We are in a technology boom with a new Google infrastructure adding new jobs,” says one operator in the West.

Midwest operators were the only ones to see a decline in February sales, down an average of 0.5%.

Midwest and Northeast operators saw little to no growth in year-over-year drop-off sales. Midwest operators posted a 0.6% increase, while sales in the Northeast were unchanged.

Despite the minimal growth reported in his/her region, one operator from the Midwest says business in his/her store is “busier in the evenings now.”

“Employee theft was [the] biggest problem in 2014,” says an operator from the South.

One operator from the Northeast says that conditions in his/her region have “pretty much stagnated.”

“It’s a roller coaster ride—sales are not consistent,” says another from the region.

American Coin-Op audience members are invited via e-mail to participate in the surveys, which are conducted online. All self-service laundry owners/operators are encouraged to participate, as a greater number of responses will help to better define industry trends.