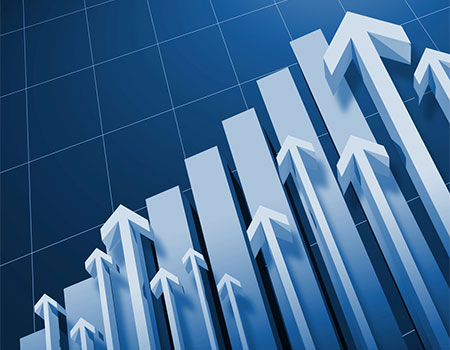 CHICAGO — A majority of distributors polled in this year’s American Coin-Op Distributor Survey enjoyed better business than the previous year and is expecting overall sales in 2013 to beat those of 2012.

Sixty percent of survey respondents said business—including the sales of newly constructed self-service laundries, and replacement business—was better in 2012 than it was in 2011. And 61.8% predict that 2013 sales will be better than 2012’s.

Every distributor listed in the American Coin-Op Distributors Directory was invited to participate in this year’s unscientific survey, which charts 2012 business and makes comparisons to previous years.

Two years ago, we described 2010 as a bounce-back year for many distributors. That recovery continues its upward trajectory, with business reportedly improving year by year, according to the latest survey results.

For those experiencing a change in business in 2012, the No. 1 reason was the economy. But depending on the distributor filling out the survey, it was either a positive or a negative.

Those who thrived were buoyed by the economic upturn, good customer service and better self-promotion, based on a number of individual responses.

Among distributors whose business suffered in 2012, there were complaints about poor financing opportunities and higher utility rates, for example.

American Coin-Op asked distributors how many new laundries they built and/or to which they supplied equipment in 2012.

Slightly more than 54% of respondents built or supplied equipment to three or fewer new laundries last year, which is virtually identical to the 2012 survey results for 2011 business, also approximately 54%.

How many new laundries did distributors deal with in some fashion in 2012? Here are the most common answers from this year’s survey:

Generating revenue is vital to an operation’s success, but overcrowding with equipment can be a detriment. For those of you thinking about adding a new store, or wondering what that new store down the street will be offering, here’s a quick look at what distributors are installing throughout the country.

Approximately 45% of the new stores had at least one top loader, significantly down from last year’s figure (58%). (It should be noted that a handful of respondents chose to skip the top-loader question on our online survey, so the actual figure could be a bit lower. It’s possible some respondents didn’t install any top loaders in 2012, and skipped the question as a result.)

More specifically, here are the most common numbers of top loaders put into new stores in 2012:

Newly constructed laundries in 2012 have 3.4 top loaders on average. (This figure factors in the stores with no top loaders.)

Newly constructed laundries in 2012 have an average of 28.0 front loaders. This is down compared to last year’s figure (30.0).

Here are the most common numbers of dryer pockets installed in newly constructed laundries last year:

Check back Wednesday for the conclusion!