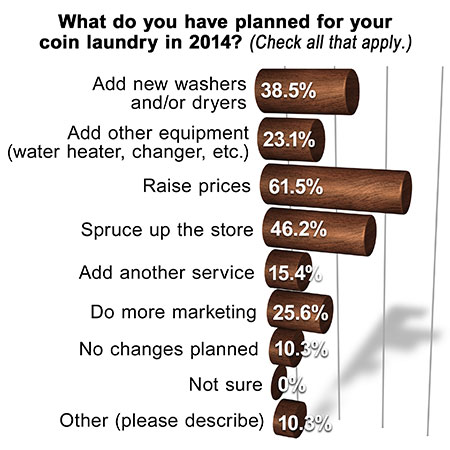 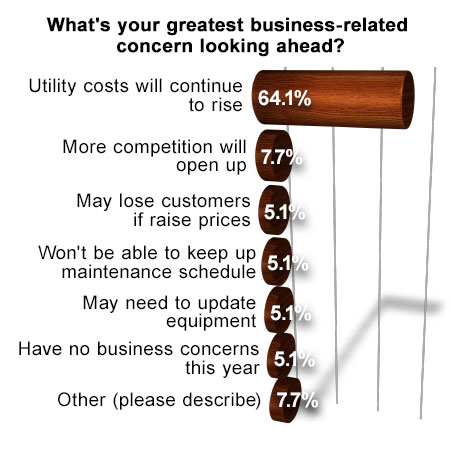 CHICAGO — The majority of coin laundry owners are planning to raise prices in the new year (61.5%), according to results from this month’s American Coin-Op Your Views survey.

Among their greatest business-related concerns in the new year, the majority of coin laundry owners say they worry “utility costs will continue to rise” (64.1%). Increasing competition worries a small percentage of owners (7.7%), while equal shares of 5.1% fear they “may lose customers if [they] raise prices,” “won’t be able to keep up with maintenance schedule,” or “may need to update equipment.” Another 5.1% of respondents report they “have no business concerns this year.”

Approximately 8% listed other concerns, including “competing against free-dry stores.”

Taking everything into consideration, how challenging is it to run a coin laundry today? The majority of store owners polled say it is “more difficult” (53.8%), while 35.9% say “nothing has really changed during the last five years.” Roughly 10% say it is “easier than running a store five years ago.” No one who responded to the survey was “not sure.”