CHICAGO — The vast majority (88.9%) of operators polled in this quarter’s American Coin-Op Your Views survey who attended Clean 2019 in New Orleans say it is “highly likely” that they will do business with the exhibiting companies they visited.

“I personally don’t like coming to New Orleans,” wrote one respondent, “but I spent over $100K buying new equipment at the show.”

Nearly 7% of respondents say it is “somewhat likely” that they will patronize an exhibitor seen at this year’s show, and the remaining 4.4% say it is “neither likely nor unlikely.”

Roughly 88% of the survey respondents say they attended Clean, while 12.5% did not.

Among those who didn’t attend, the majority (44.4%) say they “couldn’t work it into my schedule.” Equal shares of 22.2% “had no interest in attending” or “didn’t care for the host city.” (Respondents could pick any or all from six suggested choices, plus add their own.)

The survey asked about session quality and choosing a favorite:

And respondents were invited to share their overall impressions of the New Orleans show:

Subscribers to American Coin-Op e-mails are invited to participate anonymously in the industry survey. The entire audience is encouraged to participate, as a greater number of responses will help to better define owner/operator opinions and industry trends. 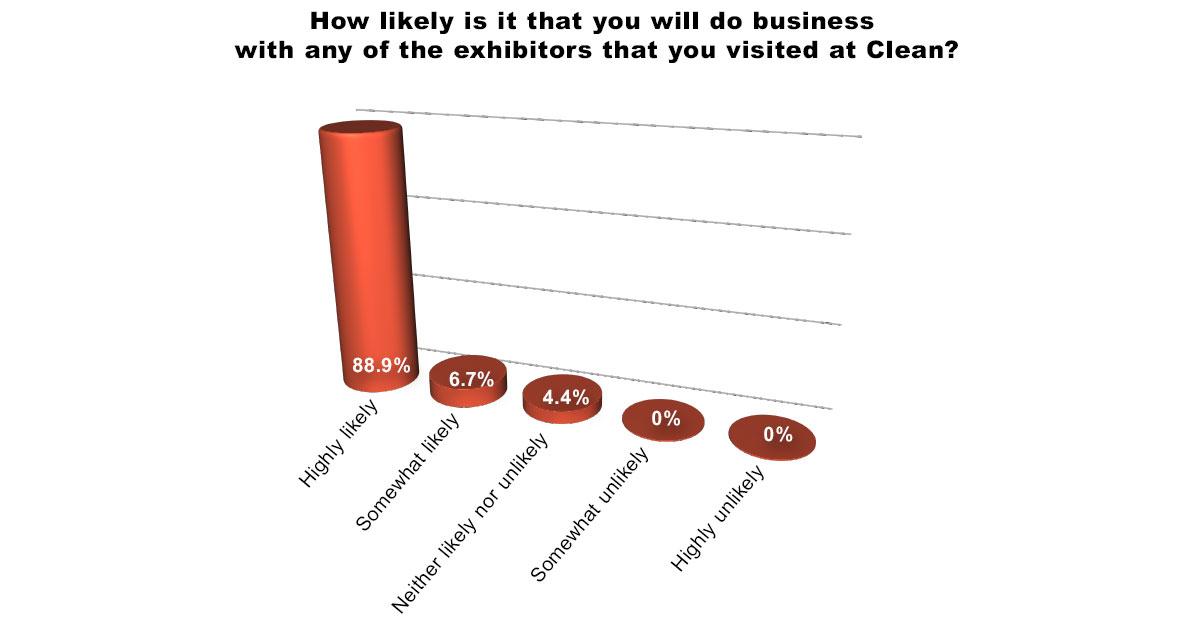 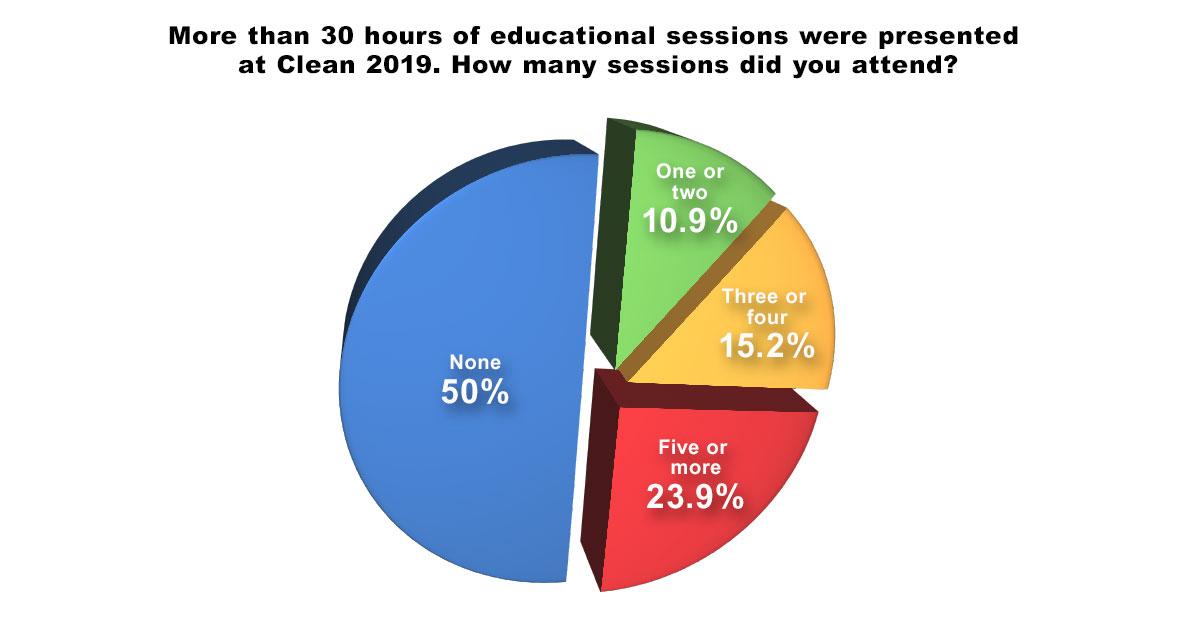