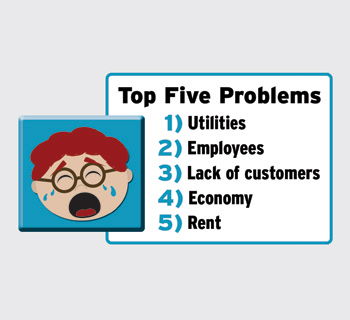 CHICAGO — Is your laundry still suffering from the lingering effects of the recession, or are you finally seeing some light at the end of the tunnel? It seems to be a mixed bag when it comes to the state of the industry.Some of the business numbers in this year’s survey are a bit more positive than last year, yet operators didn’t purchase as much new equipment in 2010 as they did in the prior year.American Coin-Op’s annual State of the Industry survey focuses on 2010/2011 business conditions, pricing, equipment, common problems, turns per day, expenses and utilities cost.The survey is an unscientific electronic poll of American Coin-Op readers who operate stores.ADDING EQUIPMENT IN 2010Forty-seven percent of the respondents purchased at least one piece of equipment (washer, dryer, water heater, vender or changer) in 2010. In 2009, that figure was 50 percent.Here’s a further breakdown of the 2010 purchases:

These sales figures were just a bit lower than last year. However, in last year’s survey there were more comments about retooling stores than in previous years.SHOPPING IN 2011Respondents were asked if they have bought, or plan on buying, any new machinery this year. Forty-seven percent intend to add something (washer, dryer, water heater, vender or changer) to their mix, or already have done so. Last year, this figure was 33 percent.

TROUBLE BREWINGWhat problems cause you the most grief? Here are the top-five industry problems:

Gone from last year’s list are dealing with loans and vandalism.TURNSThe average turns per day for top loaders is 2.9, down a bit from last year (3.2). The average turns per day for a front loader is 3.4, also down a bit from last year (3.7).UTILITIESWe asked operators about their utilities cost (as a percent of gross). The responses ranged from 12 percent to 70 percent. The most popular response is 30 percent, followed by 25 percent.Operators are paying an average of 25 percent for utilities (as a percentage of gross).2011 BUSINESS FORECASTSlightly more than half of the respondents (51 percent) expect their 2011 business to be the same as 2010. Thirty-seven percent expect business to improve in 2011, and 12 percent believe business will drop in 2011 compared to 2010.Click here for Part 1 of this story.Click here for Part 2 of this story.