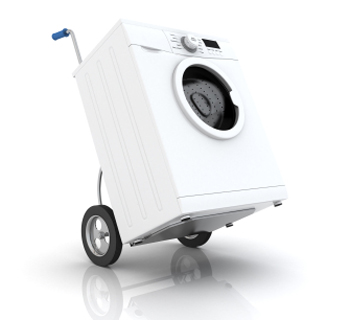 CHICAGO — Is your laundry still suffering from the lingering effects of the recession, or are you finally seeing some light at the end of the tunnel? It seems to be a mixed bag when it comes to the state of the industry.Some of the business numbers in this year’s survey are a bit more positive than last year, yet operators didn’t purchase as much new equipment in 2010 as they did in the prior year.American Coin-Op’s annual State of the Industry survey focuses on 2010/2011 business conditions, pricing, equipment, common problems, turns per day, expenses and utilities cost.The survey is an unscientific electronic poll of American Coin-Op readers who operate stores.WASHER PRICESWe asked respondents about their current washer prices, and if they raised prices this year or planned on doing so by the end of the year.Despite what some say, top loaders still play a role in many self-service laundries. Eighty-three percent of respondents offer top loaders. The price range for a top-load wash ranges from 75 cents to $3.50. Last year, the most expensive top-load wash was $2.75.Here are the most popular top-load prices followed by the percentages of respondents using them:

The biggest change this year is that $1.50 jumped into the No. 2 position, bumping $2 to the No. 3 position. Last year, $1.50 was the fourth most popular price.There are also a handful of operators charging $3 or more for a top-load wash. This is the first time that there have been multiple prices topping $3 reported in the survey.The most popular prices for some of the small front loaders are:

The lowest price in the above grouping is $1.50 (18-pound washer) and the highest price is $3.75 (25-pound washer). Overall, this year’s most popular small front-loader prices are a bit less expensive than last year’s prices, which once again shows that a wide variety of pricing exists in this industry.The price range for a 30-pound wash is $3 to $6. Here are the most popular 30-pound prices, along with the percentages of respondents using them:

The No. 1 price stays the same from last year, but the No. 2 price has changed. Seven minutes of drying time bumps eight minutes of drying time to the No. 3 spot.It’s also interesting to note that 25 cents/10 minutes, once an industry staple, barely registers in the survey.As usual, there are a wide variety of dryer prices, such as 40 cents/15 minutes, 30 cents/8 minutes, 50 cents/15 minutes and 50 cents/10 minutes.No respondent has free dry, yet several of them are dealing with competitors offering free dry.DROP-OFF SERVICE PRICINGHas the recession influenced drop-off-service pricing?Drop-off-service pricing ranges from 70 cents to $3.25 per pound. Here are the most popular drop-off-service prices (per pound), followed by the percentage of respondents using them:

The drop-off-service prices are similar to 2009, other than the fact that there is a greater variety of prices in 2010.Slightly more than three-quarters of the respondents offer drop-off service, up from last year’s figure (56 percent).PRICE HIKES?We asked operators if they have already raised washer and/or dryer prices in 2011 or intend to do so before year’s end.Thirty-four percent say they have raised washer prices this year or intend to raise prices by the end of the year. Twenty-eight percent are not planning on raising washer prices this year, and 38 percent are undecided if they are going to hike prices in 2011.Thirteen percent have raised dryer prices this year or intend to do so later in the year. Fifty-two percent don’t plan on hiking prices, while 35 percent are undecided about raising prices.Last year, 27 percent said they raised washer prices or intended to do so by the end of the year, and 12 percent said they raised dryer prices or intended to do so before 2011.Please check back Monday, April 25, for Part 3 of this story.Click here for Part 1 of this story.