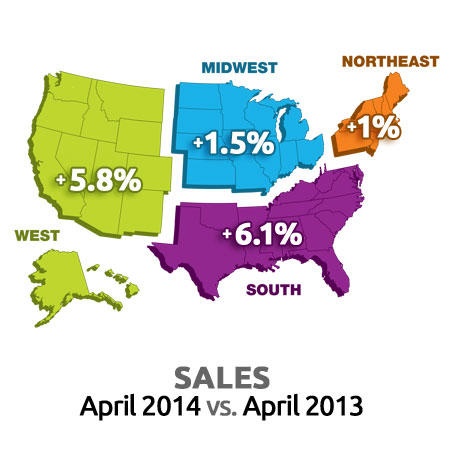 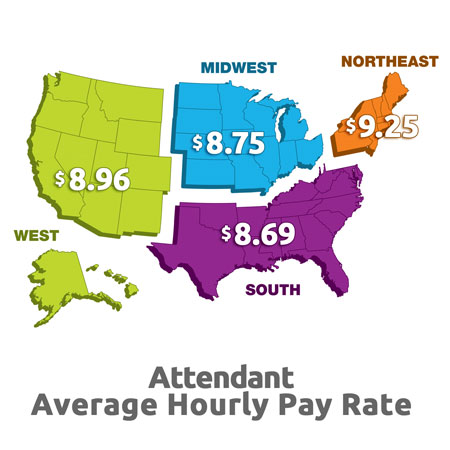 CHICAGO — April year-over-year sales for coin laundries from all regions were up, with store owners from the South reporting the strongest gain, up 6.1%, according to results in this month’s American Coin-Op StatShot survey.

The West also reported a healthy sales gain, up 5.8%, while store owners in the Midwest (1.5%) and the Northeast (1%) reported modest growth.

Attendants in the Northeast are making the most money per hour, results show, as store owners from the region report an average hourly pay rate of $9.25. Elsewhere, the average rate for attendants is $8.96 in the West, $8.75 in the Midwest and $8.69 in the South.

Regarding the overall market conditions in their region, store owners in the Midwest report they are not seeing much change.

“Still recovering from the crash,” one says.

“Gas and electrical prices [have] stabilized, however water and sewer prices continue to rise,” says another. “This is typical government inefficiency. When the city needs money, they raise water prices.”

One laundry owner from the South says market conditions are getting “better.” “More movie productions in Atlanta means more wash-and-fold and dry cleaning for the costume departments,” he/she says.

And while another operator from the region says his/her Laundromat is “growing in all segments,” another is facing stiff competition. “New stores [have] opened up where there are already four stores.”

A store owner from the Northeast says conditions are “better” because “[other] stores have closed.”

Another Northeast operator says, “While revenue is increasing, it is covering increased expenses.”

Market conditions are “stable” for one operator in the West, while others from the region paint a different picture.

“Last year there was a big increase in business, this year is only 1% increase,” one says.

“Unemployment [is] staying the same, while people [are] leaving the neighborhood,” says another.