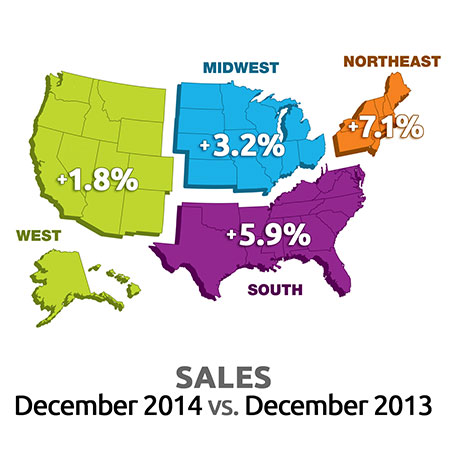 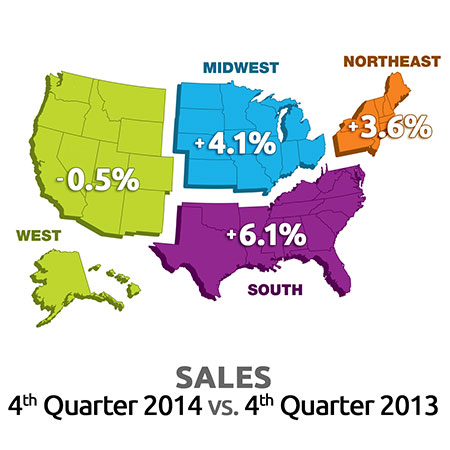 CHICAGO — Coin laundry owners in the Northeast ended 2014 on a strong note, posting the largest average increase—7.1%—in year-over-year sales in December among all regions, according to results of this month’s American Coin-Op StatShot survey.

Many respondents in the Midwest report that market conditions in the area are stagnant, however, with one operator commenting that sales are softer compared to this time last year, when pipeline work was being performed in his/her area.

A respondent from the West explained that his/her store became “very busy” during the weeks of Christmas and New Year’s.

“December 2014 was very strong because we had some heavy rain,” says another operator from the West. “However, we haven’t had any more rain and are starting into our third winter drought. We expect major fee hikes on water by spring.”

A store owner from the Northeast is seeing similar market conditions, saying, “After 18 months of increasing sales, [we are] beginning to see stagnation.”

Despite this, operators in the region collectively reported a sales gain in the fourth quarter, up 3.6% on average over fourth-quarter 2013.

“Lots of new construction of shopping centers close to me,” says an operator from the South. “The highway in front of me is completely destroyed and will be so for months.”