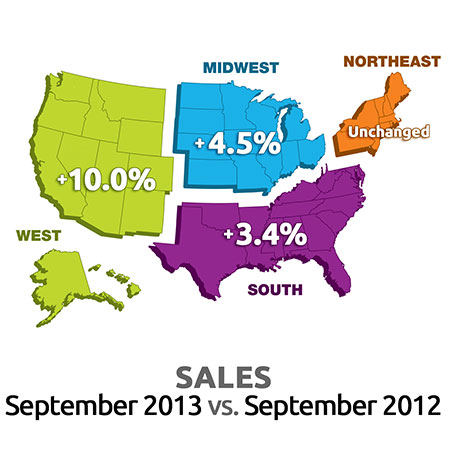 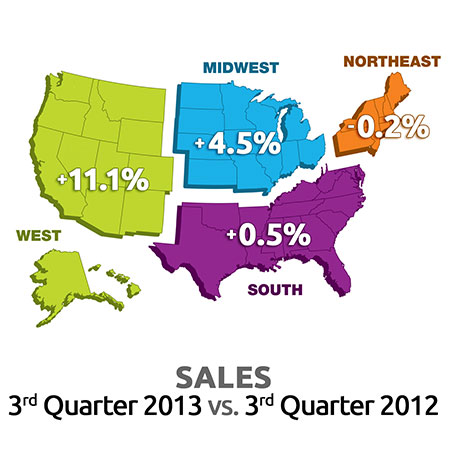 CHICAGO — September was a good month for coin laundry stores in the West, as owners posted the strongest gain in year-over-year sales among all regions, up 10%, according to results from this month’s American Coin-Op StatShot survey.

“We have a lot of new construction, both commercial and industrial, in our area,” says a store owner in the West.

Another store owner explains he/she is “adding machines to accommodate massive increase in business,” while another says that business was “doing well until the government shutdown.”

“Sales continue to be strong [but] expenses are rising more slowly,” says a store owner there. “Things are looking up for this year and into the spring.”

Another store owner from the region adds, “Utilities going up big time … Most likely will have to raise prices.”

“[Market conditions are] better than they have been [but] still a ways to go,” says another.

“Things are improving, but still unstable,” says a store owner from the South.

“One new competitor has opened and he is doing pitiful,” says another. “Overall economy is stable, with some growth.”

September year-over-year sales for store owners in the Northeast were unchanged from September 2012. Third-quarter 2013 sales in the region took a slight blow, down 0.2% from last year.

One store owner from the region says that business has been “hurting extremely,” while another is experiencing “constant customer turnover.”