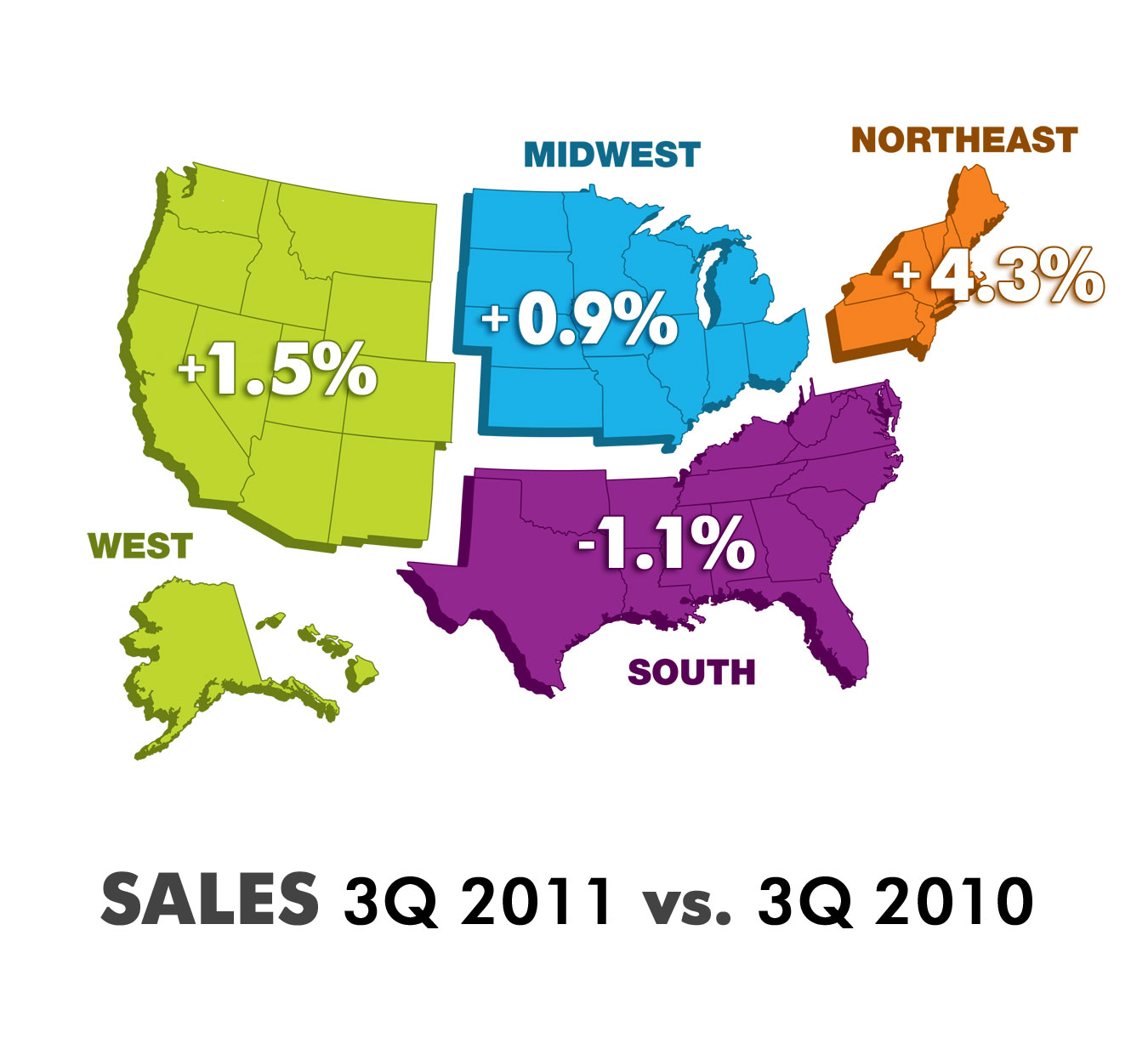 CHICAGO – Three of the four regions posted sales increases in September and in the third quarter, but the results were mixed, according to the latest AmericanCoinOp.com StatShot survey.

In the Midwest, September sales were up 4.8% from the previous September and third-quarter sales for this year were up 0.9% compared to July-September 2010.

“People are looking for a clean Laundromat with equipment that works,” says one Northeast operator.

“In the last four weeks, sales (have been) up 5% from the previous four weeks,” adds another.

In the South, the “current market is not good … spotty at times,” says one operator. “Just hope as the colder weather moves in that business will pick up.”

“Summer sales were the worst since we’ve owned this Laundromat for the last five years,” laments another. “Our September sales were average, though.”

Audience members are invited to participate in the unscientific surveys, which are conducted online via a partner website. All self-service laundry operators are encouraged to participate, as a greater number of responses will help to better define industry trends.