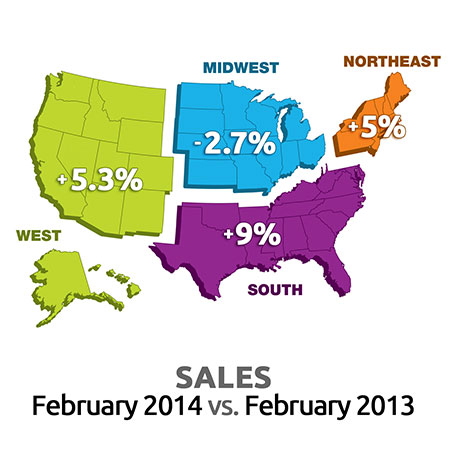 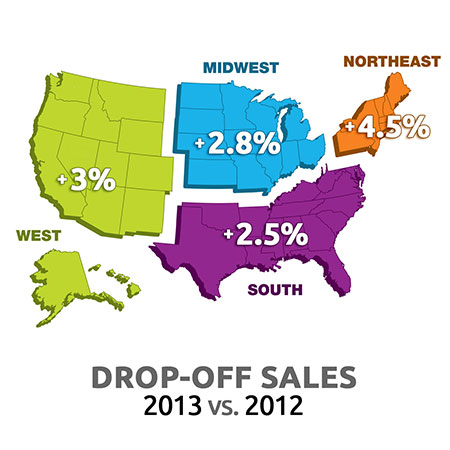 CHICAGO — Coin laundry operators in the South had a sweet February, as the region posted the strongest increase in year-over-year sales last month, up 9%, according to results from this month’s American Coin-Op StatShot survey.

“Fantastic” is how one operator from the region described market conditions, while another says the market in his/her area is “awesome.”

“This was the slowest January and February in the past 12 years,” says a Midwest operator. “March traffic is very high so far.”

An even 60% of operators in the West say they’ve offered drop-off services for two years or more, while the remainder say they haven’t offered the service in the past two years.

Every Northeast store owner who took the survey has offered drop-off services in their store for two or more years.

“Our growth is in drop-off [as] it is 60% of our business,” says a Northeast operator, with another adding that market conditions in his/her area is “robust.”

“[The market is] stable, but in jeopardy with looming minimum-wage increases,” adds another.

A store owner in the West says market conditions are “slow” in the area, with another saying there are “many other Laundromats in the area, too much price competition. Almost impossible to raise prices.”