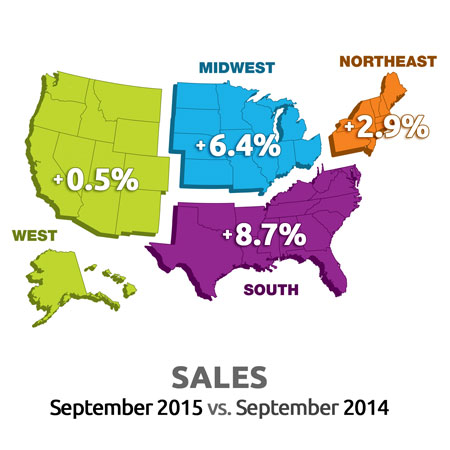 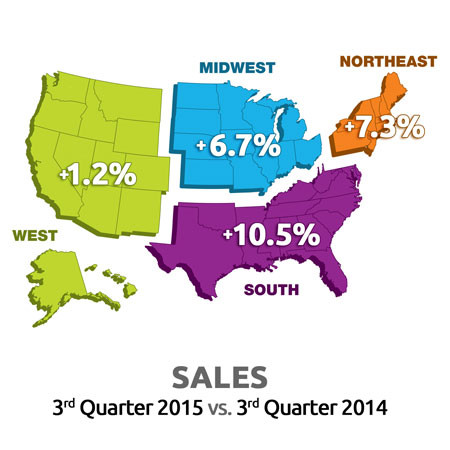 CHICAGO — September year-over-year sales for coin laundry operators were higher, on average, across the country, according to the results of this month’s American Coin-Op StatShot survey.

With the country divided into four regions, the South posted the largest gain for the month, 8.7%, when compared to sales for September 2014. In the Midwest, September 2015 sales were 6.4% higher than those of September 2014.

Third-quarter 2015 sales were also positive for all regions, with the South posting a 10.5% increase from the same period last year. The Northeast (7.3%) and Midwest (6.7%) also reported healthy year-over-year gains for the quarter. In the West, third-quarter sales were 1.2% higher than they were for the same period in 2014.

American Coin-Op asked respondents to the anonymous, unscientific survey to share their business outlook for the remainder of the year, and many were positive. Here is a sample:

There were some, however, who have a dimmer view of the months left on the calendar:

American Coin-Op audience members are invited via e-mail to participate in the surveys, which are conducted online. All self-service laundry owners/operators are encouraged to participate, as a greater number of responses will help to better define industry trends.