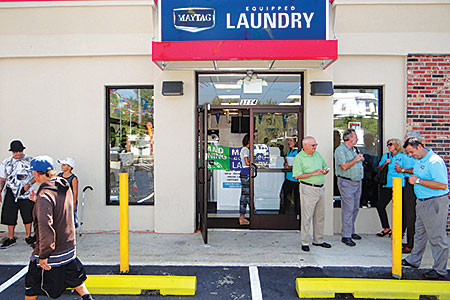 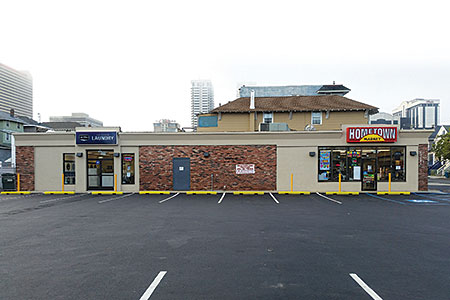 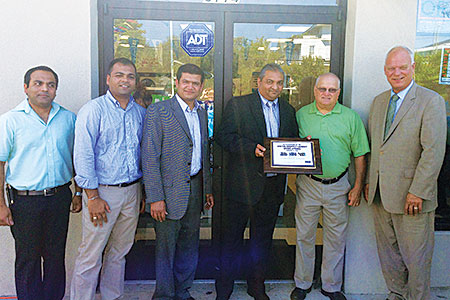 ATLANTIC CITY, N.J. — From hurricane damage came an opportunity to both expand business and help the community.

Prior to Hurricane Sandy, Cumberland Farms was an Atlantic City, N.J., convenience store with a unit for cold storage attached.

After the storm damaged their town, owners Mayur Patel and his business partners, Ketul Patel and Dipak Goswami, saw their area’s need for a coin-operated laundry facility.

Forcing residents to evacuate, Hurricane Sandy made landfall on Oct. 29, 2012, and battered Atlantic City for more than four days. According to Ketul, many businesses were then closed for an additional three to four days.

“Even though we put up all of the inventory...we didn’t expect the water levels to be that high,” says Mayur.

Mayur explains that although inventory was moved more than a foot higher than usual, the water levels reached an unexpected 18 inches, damaging his products. Additionally, the force of the water knocked over shelves, making the damages even more costly.

“There was about a foot of water in our store and many people’s homes,” says Ketul. “Many residents could not get the basic essentials for days. Many homeowners had a lot of damage and still have not recovered from it.”

Damages caused by Hurricane Sandy cost the city $75.2 million, according to the Atlantic City Storm Damage Mitigation Project. This number includes lost business revenue, beach revitalization and projects that will act as precautions for future storms.

“[The storm] affected everyone,” Mayur says.

It wasn’t until January 2013 that the team began preparations to reopen.

But why was Maytag chosen over other brands? “When we were looking to getting into laundry, that’s the first name that came up,” Mayur says.

Maytag offered franchising without royalties, which was the best deal the team could find. “They helped us with the signage, financing and design and everything. So it was our best option [to choose Maytag],” Mayur adds.

Although Mayur estimates there are four or five similar businesses within a mile, he says his abundance of parking, prime location and convenience store sets his apart from the competition.

The Laundromat doesn’t carry soaps, dryer sheets or other laundry products—the convenience store sells those products, instead. If customers forget their detergent, they can simply walk next door.

Another perk is Sai Coin Laundry’s proximity to a school. Mayur says that because Sovereign Avenue School is just across the street, it’s convenient for parents to complete their laundry chores, as well as pick up their children from school.

Additionally, laundry customers are drawn to Hometown Market for the snacks and sandwiches it offers.

THE STRENGTH OF A NEW STORE

When the team bought the business back in 2010, the cold storage facility was already in place.

They always discussed converting the storage into an additional business, and there were talks of opening a laundry facility, specifically. However, the team didn’t pursue it until about six months after Sandy hit, according to Ketul.

Sai Coin Laundry was completed in June 2014 and opened the next month.

In preparing to open the Laundromat business, Mayur and his team “looked around at the other Laundromats.”

Mayur’s business partners conducted additional research and also spoke with their friends who own Laundromats.

Changing the space was a tedious process, according to Ketul.

“[Rebuilding] was not an easy step,” he says. “We had to go through a lot of pain with approvals [from the] township. The construction took four months and required a lot of hard work.”

Despite challenges, the new business opened on a positive note. The August grand opening brought in customers, as free food was served, and the event included a ribbon-cutting ceremony attended by Mayor Don Guardian.

Mayur says the public was excited for the new laundry facility. People used to have to walk to similar stores, but his parking lot with 15 spaces allows for an easier laundry experience.

The convenience store’s name isn’t the only thing that changed. Due to the higher traffic of people washing clothes, Hometown Market added more laundry products and prepared food.

SUCCESS AFTER THE STRUGGLE

But numbers aren’t all that matter to the team. Ketul’s goal with the business is “to satisfy the needs of the local community and to support our store next door.”

Opening a laundry service “was a first for everyone,” according to Mayur.

“It’s too soon to say right now, but the responses are pretty positive for the Laundromat,” he adds. “Later on, we might open up another one.”