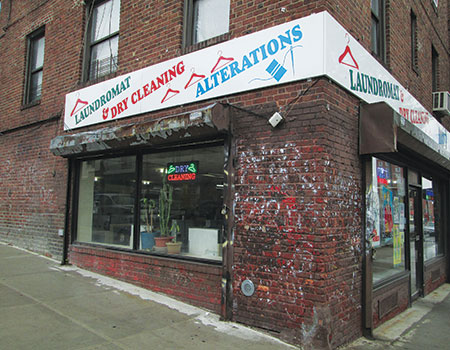 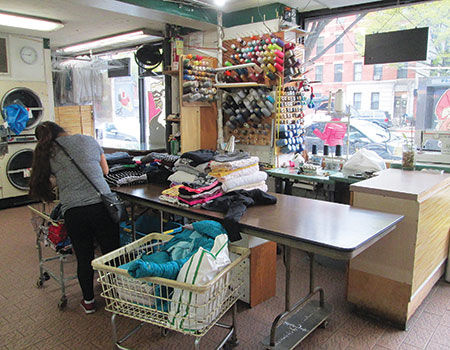 PEMBROKE, Mass. — The Laundromat industry operates by rote. We fill the space with washers and dryers, a few chairs, and it’s business as usual. But it doesn’t have to be that way.

In Victoria, Canada, I visited a café alongside the washers and dryers. In Marfa, Texas, I bought an ice cream cone at the local Laundromat. And in New York City, I walked into a Laundromat that had an alterations department up front.

Alterations — now there’s an idea for a sideline. In fact, it’s a perfect meld. Cleaning clothes and fixing clothes go hand in hand. And if the Laundromat operator takes in drycleaning work, he covers all the bases of clothes maintenance.

You probably won’t receive enough trade from your existing customers, so you will have to go outside. You are a storefront shop, and you can advertise the service out front. In addition, you can seek business from your neighborhood.

Go into senior centers, apartment complexes or training schools and offer to pick up work on a regular basis and deliver same when you return. Approach companies by saying you will repair their uniforms on an on-going basis. Creating these route sales opportunities will steadily increase trade.

Place ads in weekly and daily newspapers. Put up a sandwich board sign in front of your shop. Hang posters all over the neighborhood on bulletin boards. Enter apartment buildings and insert circulars in mailboxes. Stick folded circulars under car wiper blades in parking lots. Walk up and down the avenue and tell fellow merchants of your new service. You never know when one customer will walk into the nearby restaurant, and ask about alterations done in the area. Such pumping revs up the offering and lets it fly.

Where does such aggressiveness come from? Summon up your courage, and plow forward. What is the worst thing that could happen—you’ll be told no? How can that hurt you? Remember that winning a customer is a victory.

Envision a bustling alterations shop, and use that vision to rev up your moxie. What I do, when backed to the wall, is think of defeat, and employ that fear as a motor. Whatever it takes, expend energy on making your sideline a success.

Another oft-heard objection is there being a lack of space. Are you sure? If you analyze your spacing requirements and match to utilization rates, perhaps some machines are not highly utilized. Could you possibly take one or two machines out to make room for an alterations department? Another approach is to redesign the space. Moving units around could free up 50 square feet near the front. Never say it’s impossible, for the impossible is just the possible with a little ingenuity.

I visited a New York City Laundromat operator who has an alterations front. He wouldn’t talk specifics with me, but did let me take the pictures published here. He did say that business was thriving and that both aspects—laundry and alterations—complemented one another.

His sister-in-law is the seamstress and comes in from 9 a.m. to 1 p.m. Monday, Wednesday, Friday and Saturday. She is always busy, the operator says. And the alterations trade adds to the bottom line. An added plus is that she mans the store when the attendant goes out to make morning deliveries.

Finally, having an alterations center adds color and activity to a normally dull premises. Thread bobbins create a rainbow of color. The hum of the sewing machine offers a new sound. Having a seamstress at work supplies a bustle that revolving drums can’t.

Next time you think about your overall strategy, consider how you would insert an in-house alterations department and try hard (but be realistic) to overrule its possibility. You’ll probably have a hard time successfully making the argument. Then it’ll be time to ask, “Why not?”