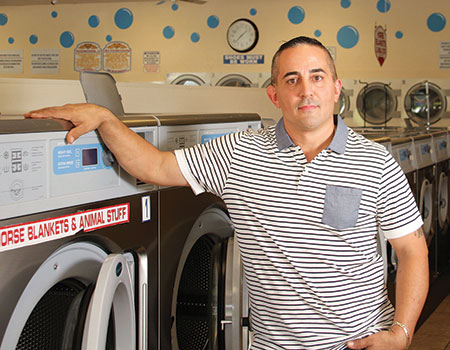 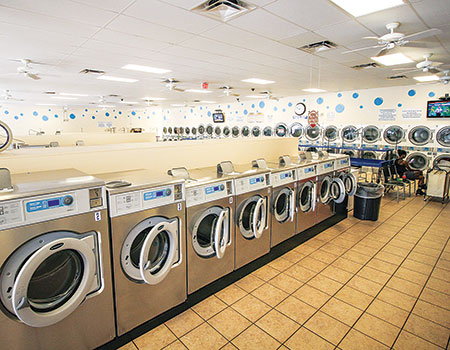 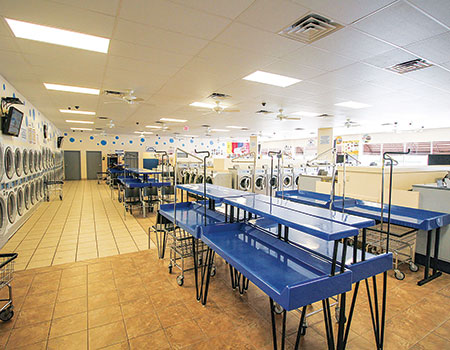 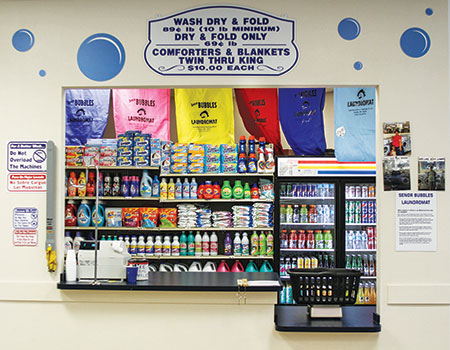 Editor's Note: A number of vended laundry projects are completed around the country each year, resulting in brand-new or rejuvenated stores primed and ready to serve customers.

As a way to celebrate the hard work that goes into designing, building and equipping a modern vended laundry, American Coin-Op created this Portraits of Success feature to spotlight memorable projects of recent vintage.

And so equipment manufacturers and distributors were invited to tout their latest and greatest coin laundry projects. Here is one of the stories they shared:

OCALA, Fla. — When multi-store owner Steve Mendez looks out over the Wascomat laundry equipment in his latest Senor Bubbles Laundromat, his first thought is “home.”

“The Wascomat brand has always reminded me of my home—the south side of Chicago,” Mendez shares. “I might have been born and raised in the grocery store business, but I was so intrigued by my friend’s Laundromat, which of course had all Wascomat equipment. I remember really liking the name ‘Wascomat’ and the look of the machines. It made a big impression on me.”

In 1996, after leaving Chicago for Clearwater, Fla., Mendez opened Pepe’s Grocery and Mexican Restaurant. When the antique mall flanking Pepe’s came on the market in 2005, he bought it.

“I thought to myself this would make a great Laundromat. I imagined myself taking down the old green canopy and shining up the enormous window to reveal rows and rows of washers and a whole back wall of dryers.”

A year later, Mendez’s fantasy became reality. What started as a Laundromat dream quickly grew into a full-blown addiction. Over the next several years, he opened a total of four Laundromats located in Clearwater, Live Oak, Gainesville and Ocala. “Everything I learned from my dad about the grocery business holds true for the laundry business,” he says. “‘You’ll get out of it what you put into it,’ that’s what my dad always said.”

In 2014, Steve set his sights on opening store number five, also located in Ocala, by purchasing a 6,500-square-foot space. He turned to his longtime distributor, Marlon Reese, of Alabama Laundry Systems LLC, to help him once again on his latest build.

The latest Senor Bubbles, which opened in April of this year, is their biggest build to date, with 68 washers and 68 dryers—all Wascomat. The laundry owner might have been smitten by the equipment’s cool-sounding moniker and sleek look as a youngster but today he appreciates the brand’s efficiency and durability.

“I have found that Wascomats truly are built to last and take the abuse of a coin laundry,” Mendez says. “Both washers and dryers have heavy-duty construction. And if there is a problem, they are easy to service.”

The Gen 7 washing machines are designed to lower water and energy usage. Senor Bubbles patrons are gravitating to the Quick Wash feature, according to Mendez. “That’s where the wash cycle is cut in half; only 15 minutes instead of 30. It’s less money, too—$1.75 vs. $2.50. And it’s proving to be a big hit with my customers.”

The laundry boasts a children’s play area with games, flat-screen TVs and ample seating. There are no fewer than 32 security cameras, and the store’s high ceilings give the space a bright, open feel.

Like its predecessors, the newest Senor Bubbles has a design element of cascading bubbles down its walls. It even has a little store that sells soap, fabric softener, snacks and drinks, which makes perfect sense given Mendez’s grocery background. The fully attended laundry also offers wash-and-fold services.

Besides monthly prize raffles, Mendez relies on conventional marketing techniques, such as placing ads in an area newspaper, papering nearby apartment complexes with flyers, and word of mouth. “A recommendation from a customer is truly the best advertisement of all,” he says.

Now that his newest store has taken off, Mendez is already scouting locations for the next Senor Bubbles Laundromat.