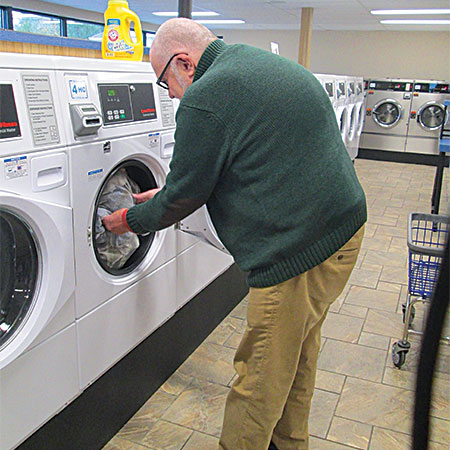 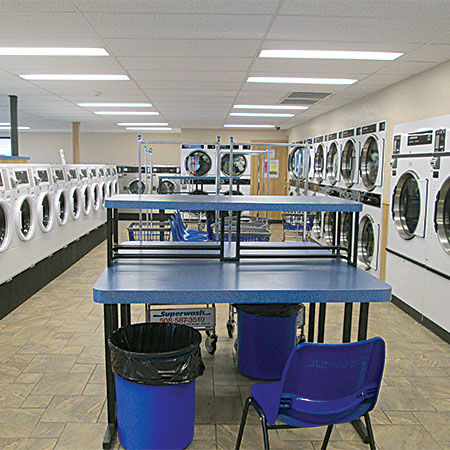 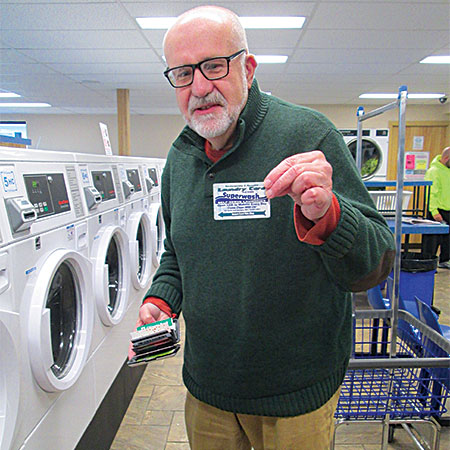 PEMBROKE, Mass. — You know it when you see it. I am talking about what I have been preaching for nearly 11 years: creating a Laundromat that’s attractive, competent and clean. It’s laid out well on the outside, is efficient and organized on the inside.

Not too long ago, I drove by this “perfect” Laundromat in the small town of Abington, Mass. The first thing that hits you is the large, free-standing sign, Old Town Superwash, in red, blue and white. The sign is planted in a rich green lawn, and there are flowers and well-groomed bushes underneath.

Whatever direction you come from, east to west or vice-versa, you both notice the facility and can enter at any spot in the parking lot. The sidewalk that surrounds the building on two sides is wide. The building is gleaming white, with large wraparound windows on the front and one side of the structure. The double-door entrance makes for easy movement.

Inside, the place is airy, open, and active. All the equipment looks like it was just unloaded from cartons. The nine rolling carts makes it easy to transport loads to your car. Six tables are spread throughout the facility.

All the equipment uses cards; no money passes. And all machines display the vend price, along with helpful information, such as number of loads the machine takes.

There is no attendant, but there doesn’t have to be. You feel comfortable with a lot of people doing their loads. The sign up front says that Old Town Superwash is open 5 a.m. to midnight seven days a week.

IT’S WHAT A CUSTOMER SEES

Jim McKenna is one customer who went through this discovery when he first saw the Laundromat. In fact, the description I just offered you was the way he saw the site.

It’s what a customer sees. He wasn’t looking for a Laundromat, as his apartment building had a washer/dryer facility on premises. But for some reason, he pulled in and looked around. After doing a few more washes in his apartment building, McKenna decided that he preferred the Superwash a few miles away.

The laundry facility he once used was in a small, dark room, and you had to put coins in to operate the equipment. Since there wasn’t much of a price difference, he decided that he preferred a clean, bright space, with people bustling around. Now he goes to Superwash every Sunday morning at 7:30. Occasionally, when busy, he’ll go after work.

He calls the chore a break in his day. Parking is never a problem. At any one time, there are three to 10 customers in the store. As a guy in his 60s, he enjoys the quiet. Sometimes, he’ll go to his car and read the newspaper. Other times, he will sit in the Laundromat and read. Generally, he’s out of Superwash in an hour and 15 minutes.

McKenna has never owned his own house, so he’s used a lot of Laundromats during his lifetime, he tells me. And over the years, he’s had some pretty bad experiences. He’s had to wait for machines to open up, units have broken down, coins have been lost, he’s arrived to find the Laundromat closed. But never once have any of these things happened in the three years he’s been coming to Superwash.

He admits that the cleanliness at this facility astounds him.

“Even when I open the machine, the rims look like new,” McKenna explains. “It’s as if this machine has been reserved for me and me alone.”

And he loves the card payment system.

“In the past, I always had to put coins in,” McKenna says. “This method is so trouble-free. You don’t have to fuss with quarters. There are two add-on-value machines. The machines do all the figuring.”

“It’s clean. It’s bright, airy. The big windows let you look outside. The machines are in good shape. With the card system, you don’t have to think. Once, they closed down for a few weeks to replace all the machines, and I had to go somewhere else. It was OK, but when this reopened, I came back here—and I’ll keep coming back.”

Sounds like a pretty good testament to me. Make sure your store is set up to make the Jim McKennas in your neighborhood happy.

Editor’s Note: Howard Scott began writing his Outsider’s View column for American Coin-Op in November 2007. Scott has decided to retire, and this is his final column for the publication.