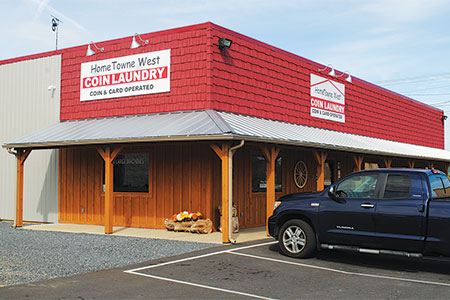 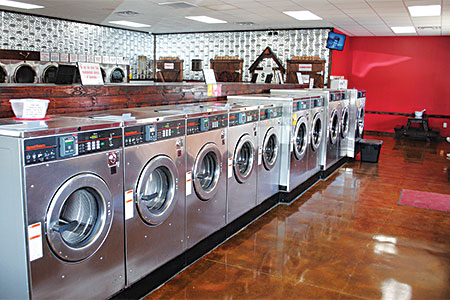 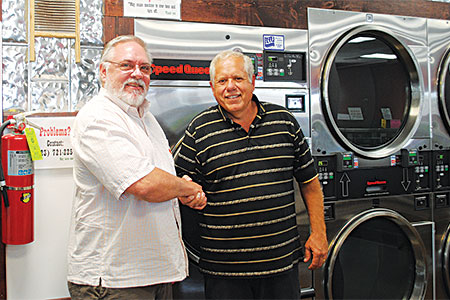 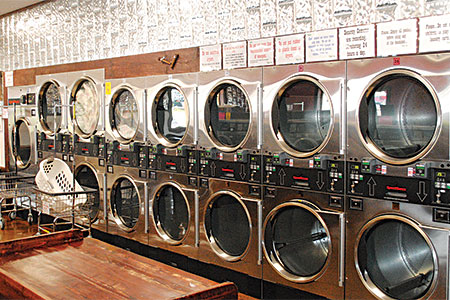 Owner adopts similar down-home motifs for both of his stores

NEWPORT, Tenn. — After about a year and a half in business, owner Steve Foshee’s HomeTowne Laundry had grown to the point that it was too busy during much of the week. It was a nice problem to have, and Foshee consulted with D. Michael Davis, owner of equipment distributor Star Distributing, and Commercial Sales Manager David Brooks about what he could do about it.

Their solution: Build another laundry.

Relying on the distributor for its demographics analysis, Foshee determined the area would support another Laundromat.

Then, the distributor suggested appropriate equipment sizing and mix, along with a layout that would appeal to customers and provide Foshee with the maximum income per square foot.

Foshee found a suitable location some two miles away from his first store where he purchased an old residence on Cope Boulevard, a half-block off the main road that runs through Newport, population approximately 7,000. He demolished the house and built a brand-new, 2,000-square-foot laundry, calling it HomeTowne West Laundry.

Foshee had done much of the build-out on his first store himself, Brooks says, so he was no stranger to the work. While Foshee hired some outside contractors, he worked there every day during construction.

Just as the name implies, Foshee wanted his laundries to have a “hometown feel,” so he adopted similar down-home motifs for both, inside and out.

Work on HomeTowne West Laundry began in July 2014, and the equipment was installed and ready for operation in December 2014.

All of the machines are equipped with Speed Queen’s Quantum Gold controls, as well as SpyderWash card acceptors by Setomatic Systems. Foshee utilizes a Rinnai tankless water heating system. The store is equipped with video cameras and alarms for security.

According to Brooks, Foshee’s total income from the two laundries is 16% ahead of his projections at opening. Giving customers the flexibility to pay by either coin or card has contributed to Foshee’s success, he adds.