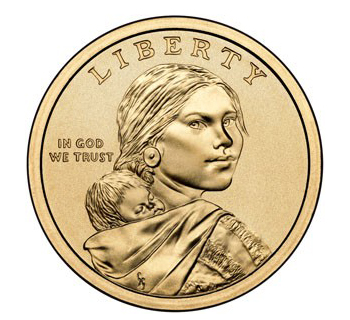 CHICAGO — If given the choice, would you replace the dollar bill with a dollar coin? How would this move affect your laundry, now and in the future? While this switch may be inconvenient for a number of reasons, would you support it if you discovered it could save this country a sizeable amount of money on a yearly basis?
When it comes to “firing up” laundry owners, few subjects can match the dollar coin for the amount of passion it invokes.STRIVING FOR ACCEPTANCE
Whether you favor or dislike the dollar coin, it doesn’t appear that the public will accept it on a large scale anytime soon. Despite efforts to promote its usage, most Americans are not using them often in their daily transactions, according to U.S. Mint Director Ed Moy.
The U.S. Mint has issued more than 4 billion coins since the inception of the various dollar-coin programs. These include the Susan B. Anthony Dollar, the Golden Dollar featuring Sacagawea, the Presidential $1 Coin, and the Native American $1 Coin.
The U.S. Mint has continued to promote the awareness and use of these coins, spending about $30 million on these efforts since the Presidential $1 Coin Act of 2005. Moy says these efforts have resulted in some successes, which include use by transit systems in New York and Washington, D.C., and general acceptance of the dollar coin.
While this may sound promising to dollar-coin fans, the Federal Reserve Banks (as of earlier this year) have an inventory of approximately 1.1 billion dollar coins, which concerns Moy. He is unsure as to whether the Mint can cost effectively achieve significant and sustainable increases in circulation.
However, Moy still believes that the coins have a future because the worldwide trend is toward using larger-denomination coins. He calls dollar coins “convenient and economical to produce.”
If you believe that acceptance of the dollar coin can only occur if the dollar bill is eliminated, don’t expect this scenario to emerge anytime soon. Congress wants the dollar coin and the dollar bill to co-exist and Americans to decide which form of currency to use and which is more convenient for them.
There was a boost in coin movement when the $1 Coin Direct Ship program was introduced. The U.S. Government decided to ship, free of charge, dollar coins for their face value in order to increase circulation. However, people took advantage of this program by charging thousands of dollars in coins using reward-point credit cards and depositing the coins at the bank as soon as they arrived. The U.S. Mint has made efforts to close this “loophole.” Now, when using the $1 Coin Direct Ship program, the buyer must agree to comply with the intended purpose of the program — to make dollar coins more readily available to the public. It isn’t clear what the penalty will be if one abuses this program.
Maybe the slow economy will factor into this matter. The Government Accountability Office estimates that the country would save $522 million a year if it stopped printing dollar bills and minted dollar coins instead. Would you be willing to carry dollar coins if it meant a cost savings for this country? Would you be upset if Congress forced this change?
Canada last printed a dollar bill in 1989. The Canadian “Loonie” coin (so named because it has a picture of a loon on one side) supplanted the banknotes. A two-dollar coin was introduced in 1996.
A recent Associated Press-Ipsos poll found that 75 percent of those surveyed opposed eliminating the dollar bill, while consumers seem to be split 50-50 on the idea of having both dollar coins and dollar bills circulating.INSIDE THE LAUNDRY
Eliminating the dollar bill would certainly have an effect on self-service laundry equipment. Some believe that dollar coins would simplify aspects of the business, such as pricing.
The National Automatic Merchandising Association (NAMA) supports the dollar coin, believing it would be ideal for business because vender owners wouldn’t have to worry about worn-out currency causing problems for bill acceptors.
Vince Hansen, Vend-Rite Mfg., believes dollar coins mean more business because people spend coins more readily than paper money. The shift wouldn’t cause a major vending problem because most snack/drink venders already accept the dollar coin, he adds.
Some operators are already utilizing dollar coins in their operation. We plan to take a look at some of these laundries in a future article.