Russell had considered adding a Laundromat to a car wash he had opened nearly 12 years ago on Main Street, but decided against it because the small town of 3,500 already had one, according to WSD. When that laundry shut down and residents had to travel 25 miles to the next closest coin laundry, he revisited the idea.

After joining the Coin Laundry Association (CLA) and researching equipment, Russell reached out to Jim Wright of WSD, the company says, and installed the Dexter Express line of washers and dryers for his coin-op laundry.

The line’s ability to turn a load in roughly one hour “saves time for his customers and saves energy costs for him,” the distributor says. “His decision has paid off as many of his customers tell him that it’s the nicest coin-op laundry they’ve ever been in.”

“It starts out clean every morning,” says Russell.

WSD provided him and his contractors with a layout drawing, utility schedule and shop drawings to aid in construction, the company says. “Russell remarked that he enjoyed working with the installation technician from WSD’s Portland office who even offered a personal cell phone number after the installation was complete,” the distributor says. “Russell was able to call him with a few troubleshooting questions afterward, and the technician talked him through a couple minor adjustments over the phone. Since Portland is a couple hours away, this was a huge help.”

Russell is working with Wright and WSD to expand the laundry by adding more machines, including a 90-pound washer. 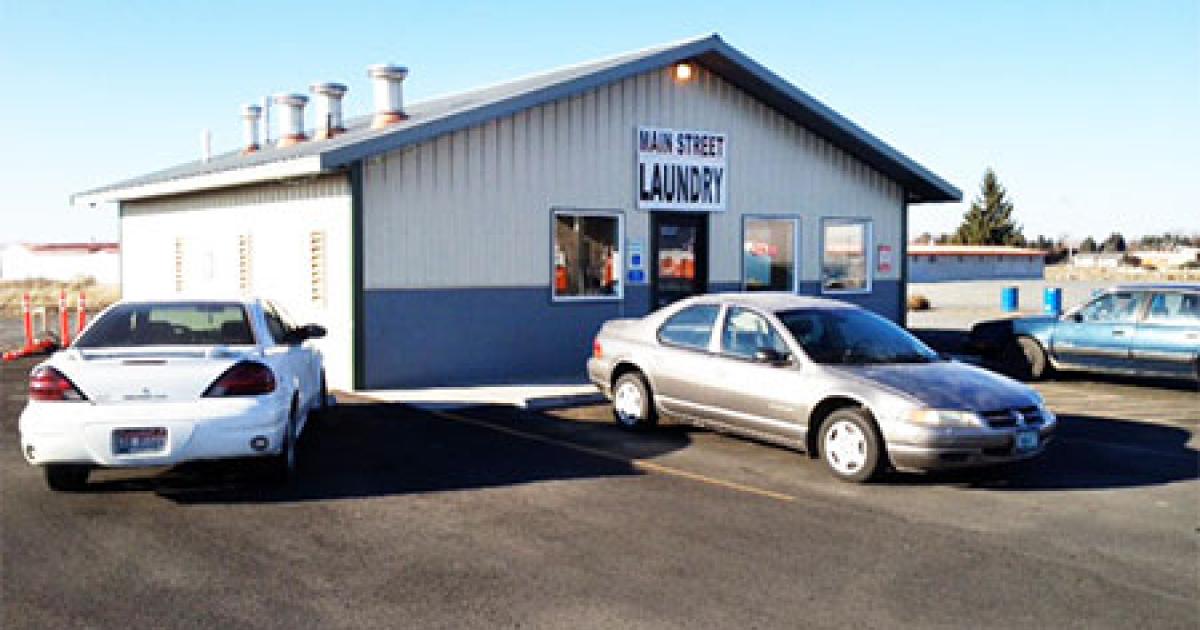