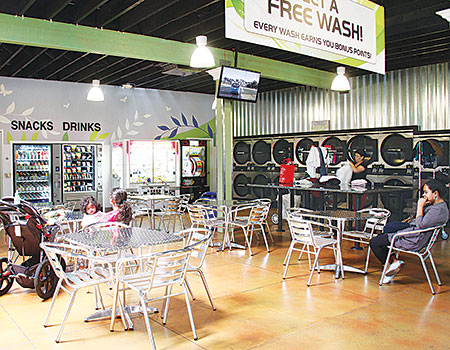 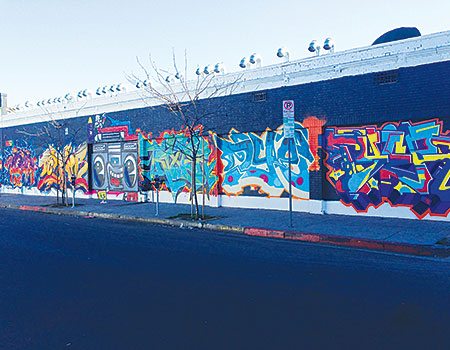 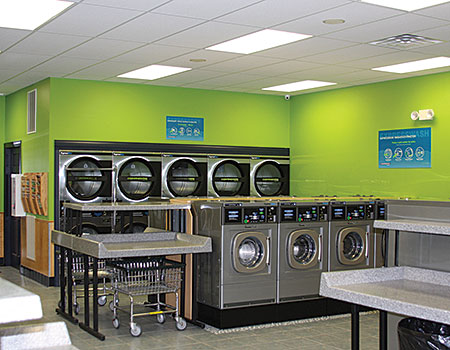 LOS ANGELES — Every year, across many neighborhoods in the country, a new Laundromat opens its doors, ready to answer the laundry needs of those in the community.

The 8,000-square-foot “megastore” is housed in a renovated early 20th Century building, which came into fruition after Thompson reached out to Van Merril of Continental Girbau West, a laundry equipment distributor in Santa Fe Springs, Calif.

Continental Girbau says that the building underwent an “extensive overhaul”—the structure lacked proper electrical wiring, its foundation was at multiple levels, and it was located on a “rundown street” lined with abandoned vehicles.

The project required assistance from the Los Angeles Mayor’s Office, which worked to clean up parking, clear out the abandoned cars and secure power to the building, says Continental Girbau. More than $60,000 in economic assistance was facilitated into the project.

“The grant was awarded because Laundrywood not only improves the vitality of the area, it offers energy- and water-efficient Continental ExpressWash Washers,” says Merrill. “The mayor’s office was impressed with Gary’s first store, Fair Oaks Laundry, in Pasadena, and wanted something similar to spur an economic rebirth in this part of town.”

Continental explains that the ExpressWash washers reach extract speeds of up to 354 G-force, providing benefits to both laundry customers and Thompson’s bottom line.

“The ExpressWash washers make it possible to wash and dry laundry in less than 60 minutes by removing more water and moisture during extract,” explains Thompson. Because of this feature, Laundrywood’s utility costs are just 16% of total gross revenue, Continental Girbau reports.

The Card Concepts card system also provides benefits to both Thompson and his customers. It allows him to tweak programs for marketing purposes, as well as program machines, and view washer operation statistics remotely from a computer, tablet or cell phone, according to Continental Girbau.

“We tried to make it a destination—a place to do laundry, have fun, chat and hang out,” says Thompson.

“We’re going after professionals, spas, nail salons, multi-store chains and small hotels,” explains Thompson. “Laundrywood is still new, and we are working to build our commercial customer base, but I’m hopeful that wash-dry-fold will grow to make up 30-35% of gross revenue.”

Soon, Thompson is planning to launch a concierge, door-to-door laundry service, according to Continental Girbau.