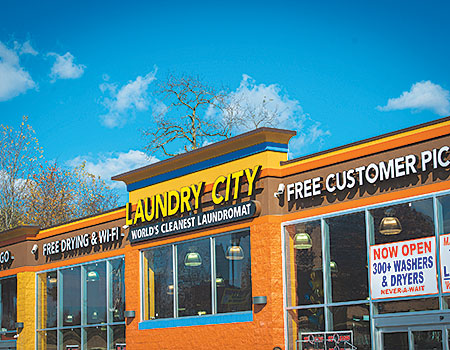 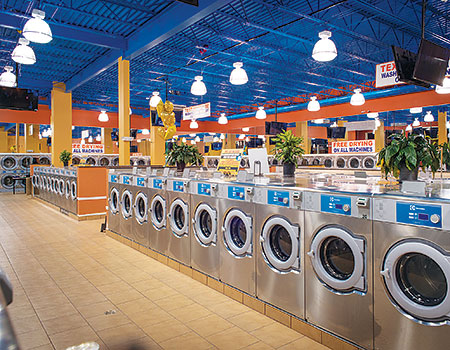 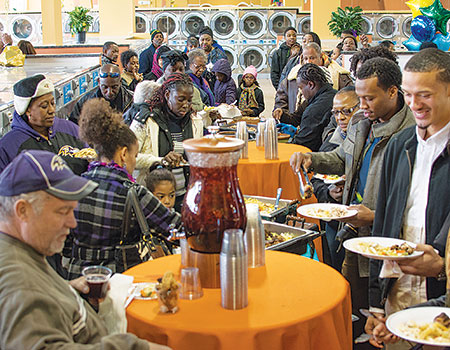 BALTIMORE — Five Stars—it’s a term reserved for the finest of restaurants.

It’s the rating synonymous with the most luxurious of hotels, and the phrase film critics use only for the Citizen Kanes of the silver screen. No doubt five stars is the ultimate measure of quality, the best of the best.

That was the driving force for John Pinnock in developing his Laundry City coin laundry business here.

“I wanted this to be a true five-star Laundromat,” Pinnock says.

And don’t try to sway him that the terms “five-star” and “Laundromat” historically have not been paired together. Pinnock knows the traditional view of laundries as dark and dingy was a major hurdle, but he wasn’t backing down from his charge.

“My goal was to change the mentality … to make this a place people want to come to and stay,” he says.

So what does Laundry City, the store billed as a five-star facility, look like?

Within that space is a 250-square-foot children’s play area and 300 Electrolux Professional washers and dryers.

The laundry’s lounge features design elements such as a coffered ceiling and crown molding.

And while other laundries may feature plastic furniture, “The World’s Cleanest Laundromat,” as it states on the building, boasts leather furniture inside its 400-square-foot adult lounge.

Pinnock felt it was important to “take it up a notch” and create a sizable, quiet, warm, inviting area for customers to gather and utilize Laundry City’s free Wi-Fi.

Add in large flat-screen TVs seemingly everywhere you look, and it’s clear Pinnock was fully invested in his effort to make his store a premier destination.

“I wanted to take the chore out of the laundry task,” he says.

One other way in which Pinnock aims to provide his customers with a “five-star” laundry experience is by offering “chauffeur service.”

And if it’s not enough that drivers will pick up and drop off customers, they will also help them cart their laundry in and out of the store.

“We have three drivers, and the shuttles are running virtually nonstop.”

It’s clear Pinnock takes great pride in not only providing his customers with exceptional laundry service—he also gives back to his community.

With his commitment to the city of Baltimore, it’s only fitting that dignitaries such as the mayor, congressmen and members of the business community, along with representatives from Electrolux and distributor Laundrylux, were on hand for a grand opening and ribbon cutting.

For Pinnock, it was gratifying that the community has backed his vision.

“I was happy to see a strong turnout from the community,” he says, adding that it was a reflection of the city’s support from the start of his investment in the neighborhood.

Missed Part 1 of the story? You can read it now HERE.